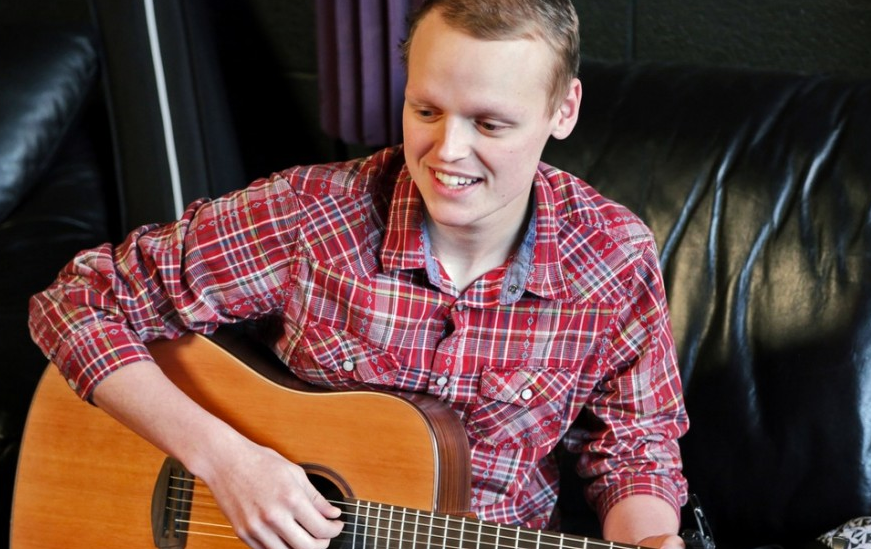 Last year Zach Sobiech and his song "Clouds" touched the lives of millions -- the 18 year-old Lakeland native created the song to say goodbye to his friends and family before eventually losing his battle with cancer last May. After Sobiech passed, his song shot up on the iTunes downloads and Billboard charts, as well as views on YouTube -- the teen was a posthumous international music star. Last year, Sobiech debuted his inspirational song at the 'KS95 For Kids Radiothon,' a benefit at the Mall of America for groups like Children's Cancer Research Fund and Gillette Children's Specialty Healthcare. Now a year later, the event will play host to 3,500 people set to sing "Clouds" in honor of Sobiech. The singers will stack on all four floors of the rotunda at the Mall of America to sing the song -- initially the event organizers were hoping for 1,000 singers, but into the planning process they soon realized finding participants would not be an issue. Because of the high volume of interest, a limit was set to 3,500 singers. The enthusiasm for the tribute to Sobiech is another clear indicator to just how much this young man meant to the world. The special event will take place on Thursday December 5th, at 6 pm. If you want to watch the spectacle, make sure to get there early. With a chorus of 3,500 singers, space will be limited. If you can't make the event, KS95 will be recording the tribute for the online crowd. I wonder how many millions will watch that video? UPDATE: Here is a video from Wolly Rhino Productions showing one perspective of the huge choir. Photo via: Google