A Day at the Renaissance Festival 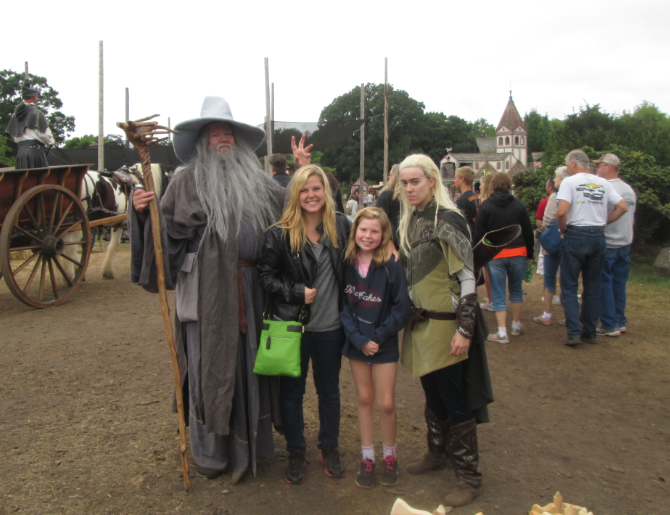 Every year, nerds around Minnesota— including myself— light up at the mere mention of August 17th -- otherwise known as the opening day of the Minnesota Renaissance Festival. For those readers who aren’t familiar with the festival, it's located in Shakopee off of Highway 169. Entering the Renaissance Festival is the closest thing to time travel one can find. Upon walking through the castle doors you are bombarded by merchant shops that flank the streets of the constructed Renaissance-era city; streets that are filled with costumed characters. While you can attend the festival in regular day-to-day attire, many Minnesotans delight is dressing up in costumes from the Renaissance era, or from movies, comics, etc. Whilst there, my sister and I bumped into Gandalf and Legolas from The Lord of the Rings! If you don’t have a costume, fear not, for there are plenty of stores at which you can dress yourself for the occasion. Shops at the festival offer corsets, dresses, leather outfits, shoes, swords, and much more. Everything one would need to look like they just jumped out of 1500 A.D. 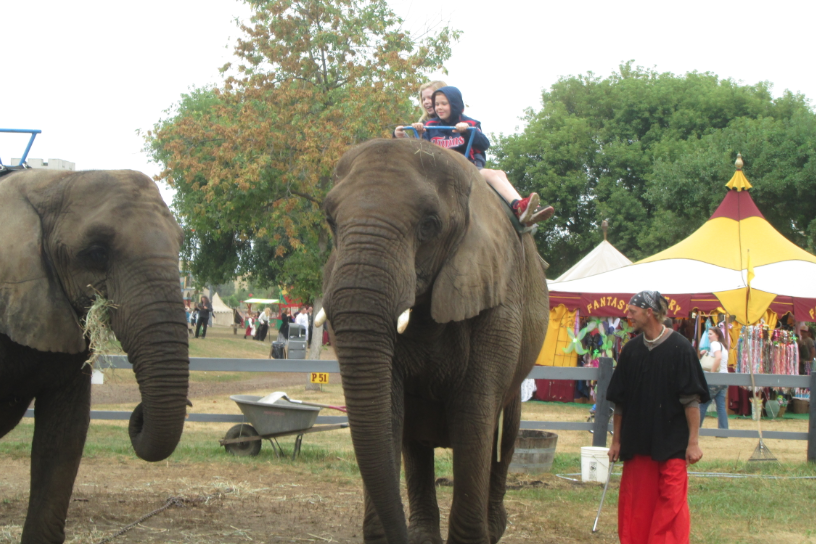 A tremendous amount of activities are offered at the festival as well. Fair-style games line the streets, fun for children and adults. My siblings delighted in the opportunity to ride an elephant and I jumped at the chance to have my future told by a psychic. There are also several stages scattered throughout the festival grounds, all of which have performances set up throughout the day. Among the performances that can be seen are fire dancers, a hypnotist, and knife throwers. Comedy shows are also available by the famed Puke and Snot, and the Tortuga Twins, though not necessarily family-friendly. There is also the opportunity to eat like a medieval man. With the purchase of a turkey leg you automatically give yourself a certain degree of barbarity that can certainly be linked to the middle ages. While my favorite of the food options at the Renaissance Festival will forever remain the loaded potato skins and the bread bowls, there are also unique options to find there. For instance, where else in Minnesota would one be able to try alligator once the State Fair is over? Or an apple cider float? Or old-fashioned mead? This year some new additions have been added to the Renaissance Festival. Most popular of these is probably the Mermaid Cove. Walk through the arch and be transported right into Neverland. Mermaids lounge on rocks near a spring, smiling, waving, and making the dreams of little girls come true who hope Ariel exists. 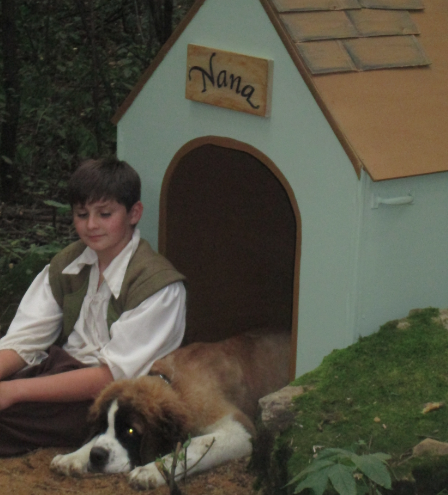 Perhaps a bit more more hidden is another new addition, the Fairy Forest camp. The camp lies on a path that can be entered by strolling through a small ‘fairy’ house. Fairies line the path, guiding you to the center of the camp, where they dance and giggle and delight children of all ages. Here you can also find Nana, the adorable, but left behind St. Bernard in Disney’s Peter Pan. The path continues beyond the camp, guiding you through to see some of Minnesota’s natural beauty, before opening back into the festival city streets. The Renaissance Festival is a joyful and enriching experience for people of all ages and walks of life. I highly recommend everyone visit at least once in their lives, just for the sake of having the experience, because it is an incredibly unique one. “Renfest” is open Saturdays and Sundays, from August 17th until September 29. For more information, visit http://www.renaissancefest.com. Photos via: Leah Putz
Tags: Events, Minneapolis Events, The Renaissance Festival