A Minnesota Football Upswing -- The Gophers Beat Down #24 Nebraska 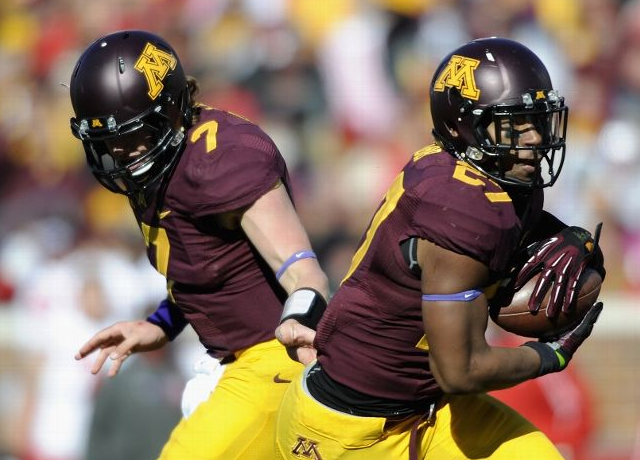 Although I am not a huge follower of college football, it's nice to see the Minnesota Gophers enjoying some success, knocking off the 24th ranked team in the country, the Nebraska Cornhuskers, at TCF Bank Stadium on Saturday. Despite starting out slow, losing the first two Big Ten match ups, the maroon and gold have beaten two straight Big Ten foes. With all the losing the Vikings are doing, it's nice to see Minnesota have some success on the football field. After the game, the student body stormed the field in celebration of the Gophers unseating a ranked team. The team was led by a potent running attack, starting with David Cobb's 138 yards on 31 carries. The team marches onto Indiana to face the Hoosiers next. If this team is for real, they need to win their third Big Ten game in a row this upcoming Saturday. Good luck Gophers. You definitely deserve more attention than the lowly Vikings. Photo via: ESPN