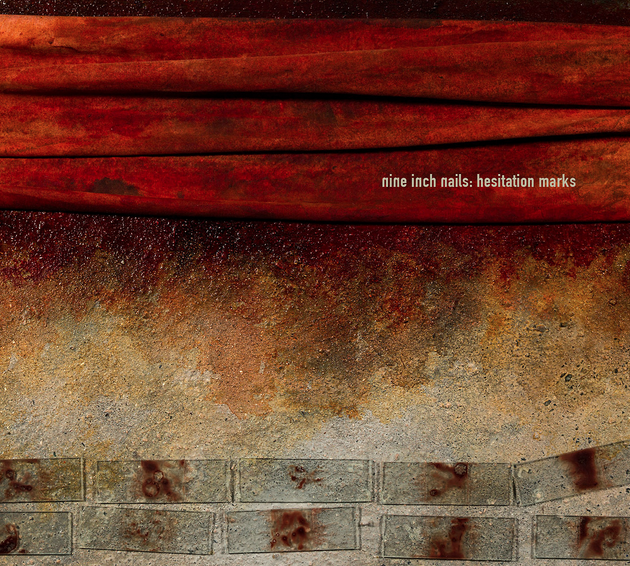 Journalistically jamming with my esteemed Minnesota Connected colleague, P.J. Mudd, and his excellent review of Nine Inch Nails at Xcel Energy Center in September of 2013, I decided to review NIN’s latest album, Hesitation Marks. After the first few eerily droning sounds of its opening song, “The Eater of Dreams,” I knew I was in for both a challenge and a treat. My, oh my. Trent Reznor and co-producers Alan Moulder and Atticus Ross have accomplished something quite amazing with this record. As I sat in my room listening with my headphones (to fully appreciate the stereo wizardry), I thought of all the offenses that maturing artists often perpetrate in later records: blandness, triteness, disconnection with their audience, weak songwriting, etc. This thought lasted just for a split second; the record quickly became an up-tempo onslaught of focused sound and emotion with its second track, “Copy of A.” I happily realized that NIN had dodged the pitfalls. Sonically-speaking, Hesitation Marks re-establishes Trent Reznor/Nine Inch Nails as master(s) of creating simultaneously unsettling and invigorating timbres. I heard deep sub synth basses, quirky electronic drums, old-school rock guitars, vast synth pads, some acoustic piano, and a (sampled?) baritone sax for good measure. Reznor’s voice has matured gracefully, and this fact is accentuated by the judicious use of unique vocal effects. 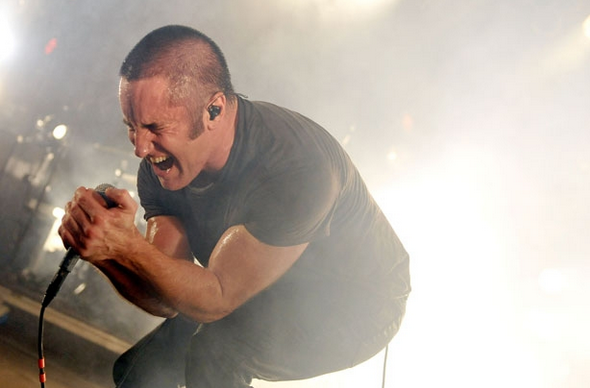 In response to some of the creepier sounds that the record showcases, I remember my mind going to some pretty strange places. It’s as if every ghost in a machine, every forgotten corner, and every dying animal are given voices and singing in “harmony.” With all of these strange sounds, however, more recognizable instruments also appear, most notably on “Everything,” which features a fat distorted punk bass guitar. Simply put, the aural palate of this album is calculated chaos -- inspiring a feeling of helplessness, but also one of trust that you’ll come out of it alright. Of course, the sound of Hesitation Marks is just one of many aspects that make it so excellent. The songs themselves are extremely strong: lyrically, melodically, and structurally. With the exception of “The Eater of Dreams” and “While I’m Still Here,” all songs are solely by Reznor. Lyrically, the tracks are certainly in line with “expected” Nine Inch Nails motifs: self-hatred, death, addiction -- all fun stuff. The lyrics, though heavy in content, are brilliant in their stark simplicity. However, what makes this (and other NIN records) so fun is that Reznor knows how to play in that ever-so-small intersection between whiny “Goth-kid self-pity” and unbridled sexuality. He achieves this balance especially well in “Satellite,” which struck me as a demented Justin Timberlake cut. The “Goth-sex hybrid” on this album will no doubt provide some fresh music for the Ground Zero folks to “dance” to. 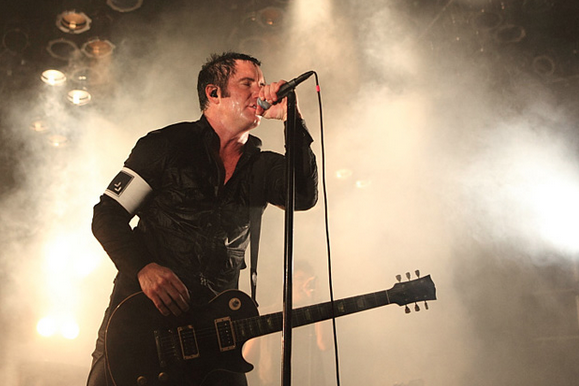 Other textures and influences emerge too. The Cure, The Beatles, Kraftwerk, (The) Ramones, and others show their musical footprints all over this record. Hank Williams’s melody from “Weary Blues from Waitin’” appears as an inspiration for elements of “While I’m Still Here.” From a songwriting standpoint, perhaps the most interesting thing NIN achieves with Hesitation Marks is a re-interpretation of pop song structure. When it suits his artistic intent, Reznor employs the traditional verse-chorus-verse song structure with a Lennon/McCartney-esque ease. When it doesn’t, he tosses it aside and lets the song’s emotion determine when something will happen, for how long, and how many times. This structural freedom, along with the track order and (dis)connectedness, further adds to the controlled chaos that makes this record so unique. I wholeheartedly recommend Hesitation Marks to any music fan. To those opposed to such “dark” content, I would advise listening first simply as a consumer of novel sounds, sweet bass lines, and danceable rhythms. To NIN fans, this is what you’ve been waiting for, so have at it. To people in the middle, Hesitation Marks is an ambitious and satisfying piece of sonic art. The songwriting, production, and lyrical content all create an experience that is at once disorienting and grounding. So please, set aside an hour, get some quality headphones, turn off the lights, and listen to this record. You’ll be glad you did.   Images via: Google
Tags: Music, Nine Inch Nails