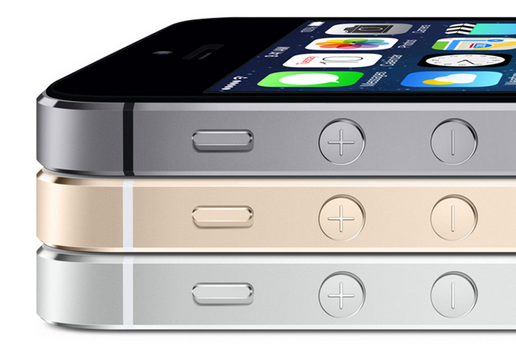 Any die-hard Apple fan looking to snatch up anything and everything from the technology giant was waiting in line this morning to be one of the first to get their hands on one of the new Apple iPhones. I think it can be a bit ridiculous to wait in line for a phone, especially for days like some in New York, and certainly for those who don't really need a new phone but just want to have Apple's latest and greatest. But I too have waited in line for consumer products, so I can cast no stones. But has Apple really redefined anything with their latest phones? Today, the 5S and the 5C were available to the public. The 5s is beefed up version of the 5 and the 5c is a more basic, and cheaper version of the 5. Oh, and the 5c is super colorful and comes in a variety of bold colors, what an upgrade (sarcasm at its max). Many argue that Apple's latest release is barely keeping up with the flourishing Android market and all that their products have to offer. Others, like the Wall Street Journal's Walt Mossberg, call the iPhone 5s the best on the market. But no matter what, Apple will always have their loyal fan base, and as of now, a huge market share of the smart phone pie. I have an iPhone 4s and just recently upgraded the software on my phone to the new and completely redesigned iOS7. Even without getting a new phone, this software gives the impression that I have a completely new phone. This new software has addressed many of the complaints and concerns of many iPhone users with a completely new interface. Despite being new in so many regards, iOS7 is still familiar and navigable instantly to the seasoned iPhone user. I am a fan of Apple, but not a die-hard enthusiast. If there was a better alternative than the iPhone, I would probably go down that avenue. But as of now, I am completely satisfied, and I always have been, with the functionality and performance of the iPhone. Is an iPhone 5s in my future? Possibly. But you won't find me waiting in line for one. Photo via: Google