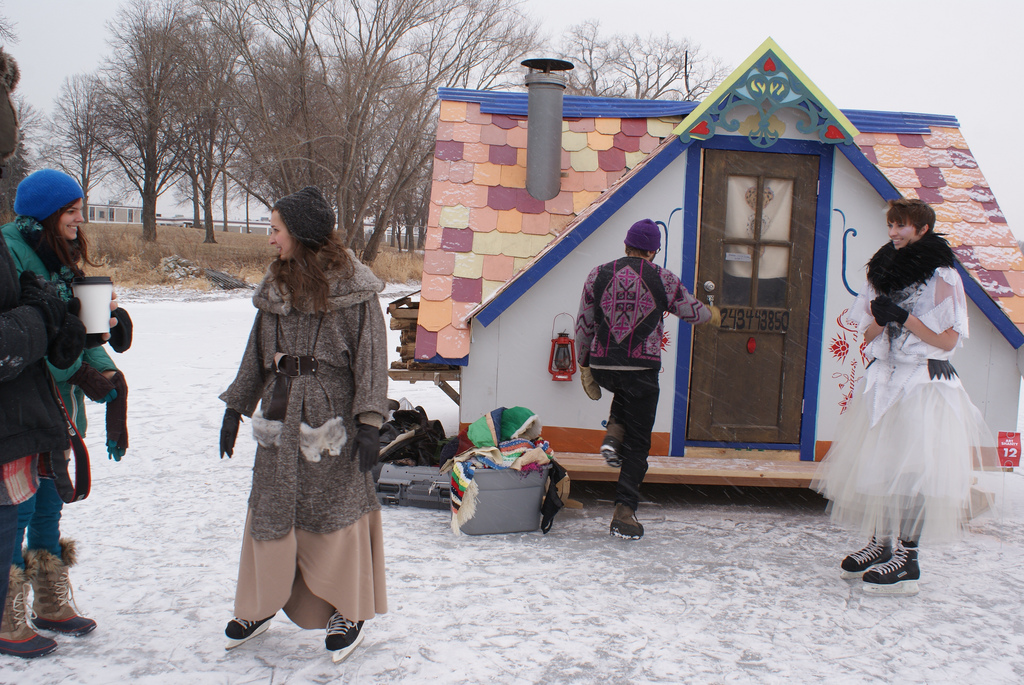 Though the water level in White Bear Lake is on the downslide, even winter can’t keep the local art scene from going up. For the month of February, 20 specialized ice shacks will decorate the frozen waters of one of the north metro’s most popular lakes. Officially recognized as the Art Shanty Project, the idea is to add an artistic element to what can be an otherwise drab sport: ice fishing. Two local artists, Peter Haakon Thompson and David Pitman, started the Art Shanty Project in 2004 with a pair of decorated ice shanties. Since that time the project has blossomed into a major spectacle, drawing thousands of visitors each year, according to Melinda Childs, the project’s director. According to the website mission statement:

Art Shanty Projects is an artist driven temporary community exploring the ways in which relatively unregulated public spaces can be used as new and challenging artistic environments to expand notions of what art can be. 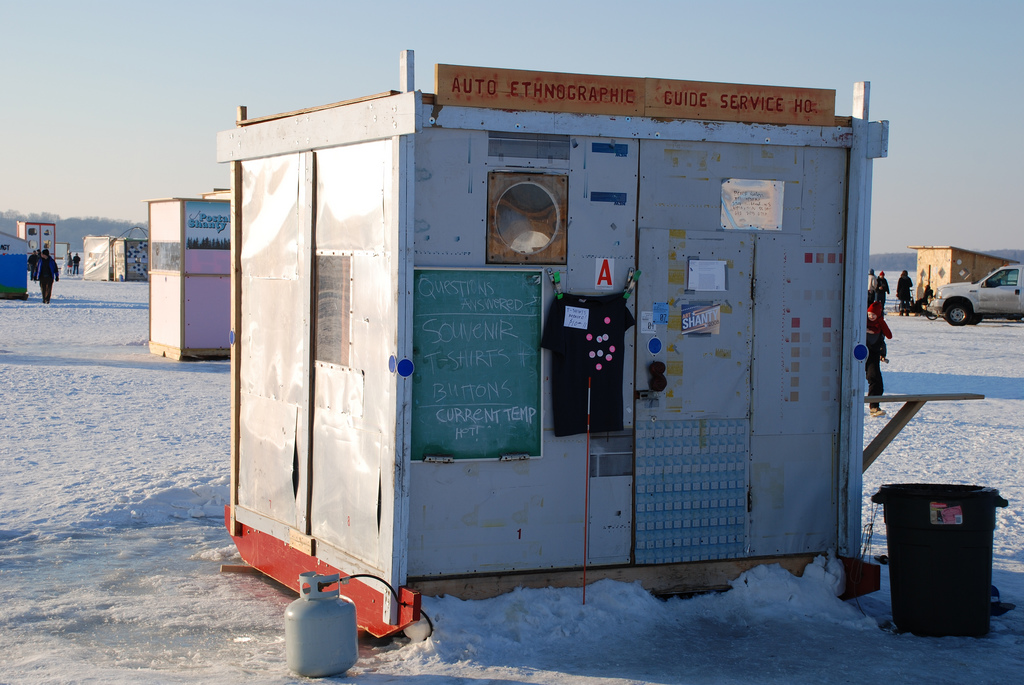 About 50 project proposals were submitted in 2014 for a jury composed of past shanty artists and Twin Cities art professionals to judge. Those selected received grants and a spot in the temporary-lake community on White Bear Lake. Panelists judged on the proposed ice shack’s artistic concept and how the shanty would engage participants. Ice shanties involved with the project and stationed on White Bear Lake this year include everything from a karaoke shanty to an improvised elevator. There is also a town-hall themed shanty and a giant, mobile polar bear on wheels. In other words, one has to travel to White Bear Lake and see it to believe it. The Art Shanty Project is officially open for public visitation on weekends in February from 10 a.m. to 4 p.m. near White Bear Lake County Park. For more information on the Art Shanty Project, click here.   Photos via: artshanties.com
Tags: Art, Art Shanty Project, Outdoors, White Bear Lake