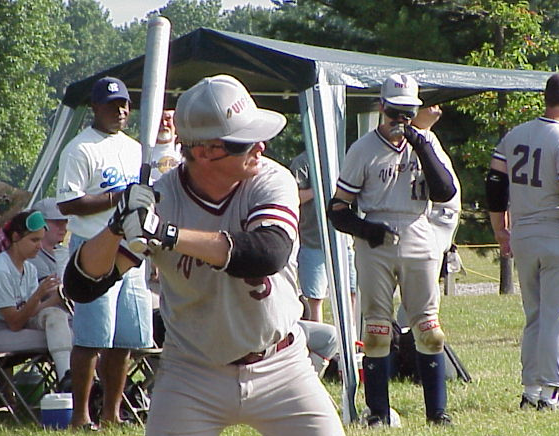 Imagine for a moment that you’re blind or have a significant vision loss. Then imagine that you’re standing in a batter’s box. “Ready,” the pitcher says before releasing the ball. “Pitch,” he says as he pitches the softball sized ball that features a beeping device. A split second later, you swing to make contact with the ball. This is beep baseball, a modified version of baseball played by the blind and people with vision loss (that's why everyone wears blindfolds, to even the playing field). There are six fielders in the field, along with one or two spotters who are sighted. These spotters call out which part of the field the ball has been hit. There is also a pitcher and catcher who are on the team that is batting. These players are normally sighted although there have been cases where a pitcher still had some significant vision remaining. The pitcher tries to pitch the ball so that the batter can hit it. When the batter makes contact with the ball, an official flips a switch that causes either first or third base to buzz to which the batter must run to as fast as they can. If the batter reaches the buzzing base before a fielder can secure the ball, a run is scored. From August 3 through August 10, the World Series of beep baseball takes place in Rochester, Minnesota, at the Fuad Mansour Soccer Complex. Hosted and sponsored by the Rochester Amateur Sports Commission, this year’s tournament field consists of 19 teams, all from the United States, including the Minnesota Millers. Games will take place starting Tuesday with the championship game Saturday August 9. The roots for beep baseball began when Charlie Fairbanks, an engineer with Mountain Bell Telephone, placed a beeping device inside a normal sized softball. Initially, blind people weren’t receptive to this form of baseball. They had trouble sorting out the sounds of the beeping ball and bases. Also, the equipment would frequently malfunction and the rules were restrictive. Face masks and chest pads were mandatory and running wasn’t allowed. 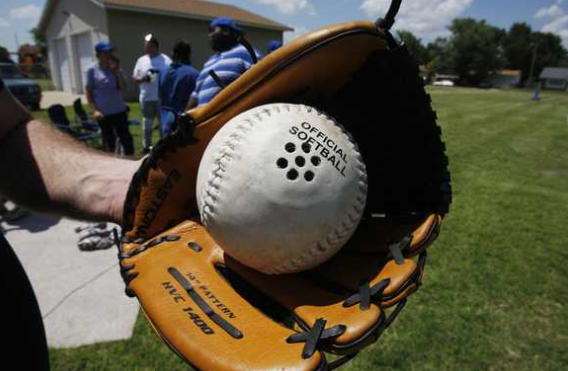 In the spring of 1975, the Minnesota Telephone Pioneers gave John Ross, the director of the Braille Sport Foundation, a newly designed ball that featured an improved beeping device that could withstand being hit solidly by a bat. Ross began experimenting with his blind friends to adapt the game to be more like baseball. Word of his experimentations spread to a group of blind athletes in St. Paul, known as the St. Paultites. Dennis Huberty, the group’s organizer, contacted Ross. Soon, the two groups were playing each other on the weekends throughout the summer. The following spring, a dozen people met in Chicago. The result of this meeting created the National Beep Baseball Association. 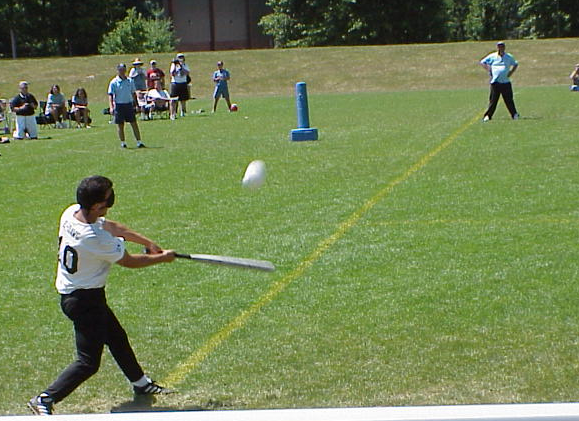 That fall, the first World Series was held at Dunning Field in St. Paul. With 1500 fans in attendance, the St. Paul Gorillas were the first champions, beating the Phoenix Thunderbirds 36-27. Being a blind man myself, I take great pride in these athletes and what they are able to accomplish on the field. This sport gives blind athletes a competitive outlet, and one that is really fun to watch. Rochester isn't too far away from the Twin Cities, so this week makes for a great chance to check out some of the best beep baseball athletes in the world. If you’d like to learn more about beep baseball, go to the following link.   Photos via: National Beep Ball Association
Tags: News, Beep Baseball, Blind Athletes, Local Happenings