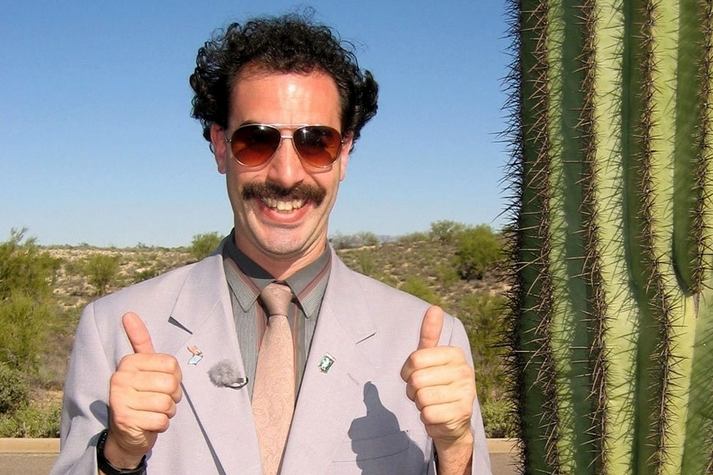 You've heard of Borat, right? Borat Sagdiyev, Kazakhstan's most famous fictitious journalist, was the star of the hit 2006 film Borat: Cultural Learnings of America for Make Benefit Glorious Nation of Kazakhstan. For those not familiar, the popular mockumentary follows the title character — who is believed by the non-actors he interacts with on camera to be an authentic Kazakh journalist -- as he makes his way to America. The friendly, if misguided, Borat makes his way through a series of largely unscripted misadventures and mortifyingly-uncomfortable, side-splitting hilarity ensues. The film was well-reviewed by critics, grossed $260 million worldwide and caused people all over the place — likely including some of your friends and coworkers — to do Borat impersonations way too frequently than was appropriate for several months after the movie was released. “High five!” Borat was created and played by British comedian Sacha Baron Cohen who is, if I may say so, a rare comedic genius and one of the funniest guys in the known universe. 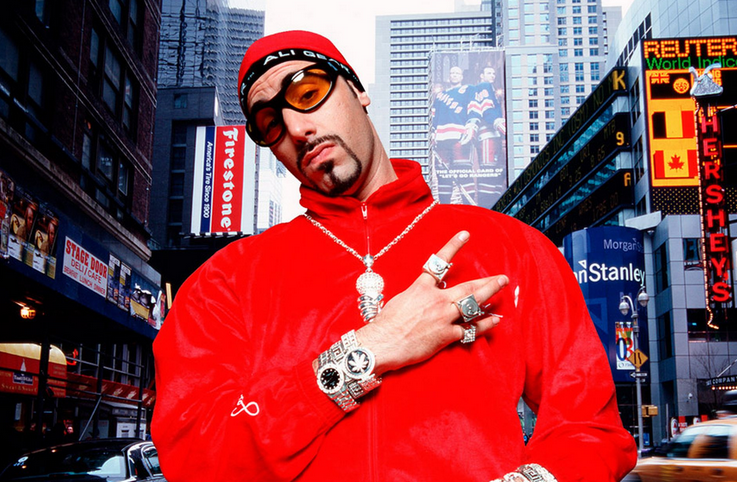 While his crazy Kazakh creation Borat has received the most publicity, Cohen has actually fashioned three different characters in his career, each of whom he uses to interact with unsuspecting members of the public. In addition to Borat, he also has Bruno Gehard, the fabulous and flamboyantly homosexual Austrian fashion reporter and Ali G, Cohen’s vision of a stereotypical British white male from the suburbs who imitates hip-hop and Jamaican culture. With all due respect to Borat and Bruno, who are both freaking hilarious in their own right, Ali G might be the funniest of Cohen's three character creations -- on February 26th, Cohen returns to television for the first time since HBO aired his Da Ali G Show back in 2003, reprising the role of the show’s title character. Just to give those of you who are unfamiliar an idea of the show’s premise (assuming the new version will be similar to the old), it goes something like this: Ali G interviews some public figure who has no idea that Cohen is in character, asking his 'victim' a series of ridiculous questions that demonstrate Ali’s extreme naivety, prejudices and downright stupidity. The interviewees, often stunned by Ali’s ignorance, respond in a variety of ways, sometimes doing their best to struggle clumsily along and be affable, and sometimes becoming agitated by their bafflingly inane and oblivious interviewer. 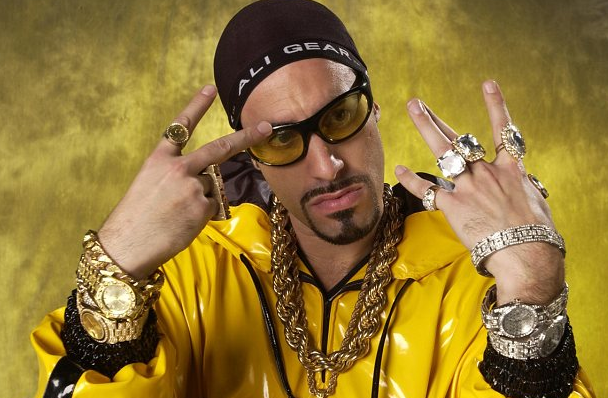 The brilliance of the show lies in Cohen’s ability to create painfully awkward — and sometimes sociologically revealing — moments while keeping a straight face and refraining from breaking character. Witnessing the spectacle as a viewer, you’ll find yourself sometimes cringing in vicarious embarrassment for the target of Cohen’s hoax, but mostly laughing out loud at the absurdity of the scene playing out before your eyes. Since the creation of his character, Ali has managed to get interviews with dozens of well-known public figures including: Donald Trump, Buzz Aldrin, Pat Buchanan, Noam Chomsky, Sam Donaldson, John McCain, Newt Gingrich, C. Everett Koop, James Lipton, Ralph Nader, Andy Rooney and even Boutros Boutros-Ghali. To be honest, I can't say I've been this excited for a television show since Walter White sung his swan song in the final episode of Breaking Bad. Ali G Rezurected airs February 26th on the FXX network. Booyakasha!   Photos via: Google
Tags: Arts/Entertainment, Da Ali G Show, FXX, Sasha Baron Cohen