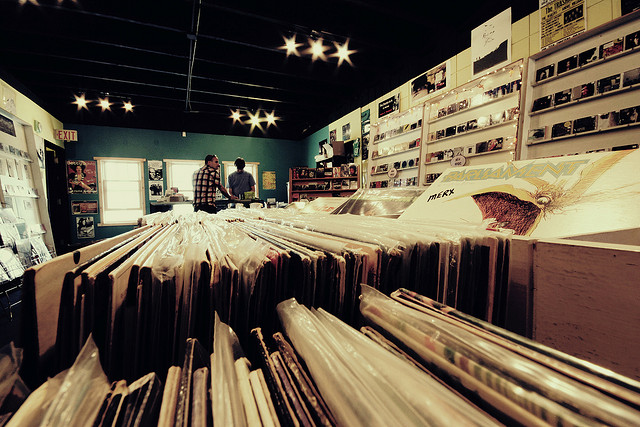 "Record Store Day was conceived in 2007 at a gathering of independent record store owners and employees as a way to celebrate and spread the word about the unique culture surrounding nearly 1400 independently owned record stores in the US and thousands of similar stores internationally. There are Record Store Day participating stores on every continent except Antarctica."

There are 31 record stores taking part around the state (25 around the metro area), including the three Down In the Valley stores and Barely Brothers Records in St. Paul. You can check out all of the Minnesota participating record stores here.

"This is a day for the people who make up the world of the record store — the staff, the customers, and the artists—to come together and celebrate the unique culture of a record store and the special role these independently owned stores play in their communities," the website continues, "Special vinyl and CD releases and various promotional products are made exclusively for the day and hundreds of artists in the United States and in various countries across the globe make special appearances and performances. Festivities include performances, cook-outs, body painting, meet & greets with artists, parades, djs spinning records and on and on."

The entire list of this year's special releases can be found here, and there's a lot of them. As the website mentions, all of the record stores are independent and not bound to participate in all the deals, so it recommends checking in with your local store first. I was a participant last year and it's cool to get out there and just check out some vinyl, if for no other reason than the nostalgic feeling of walking through a record store looking at physical copies of music rather than streaming it on Youtube, Spotify or one of your myriad other choices (and Dave fricken Grohl is the ambassador). [caption id="attachment_478488" align="aligncenter" width="300"] 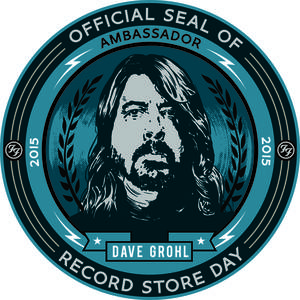 "I believe that the power of the record store to inspire is still alive and well, and that their importance to our next generation of musicians is crucial,” 2015 Record Store Day Ambassador Dave Grohl said.

Rapper and activist Brother Ali of New Hope, Minnesota, is one of many artists quoted on the website who feels much the same. He says:

"I've always loved independent music stores because the staff is usually there because of a genuine love and appreciation for music. They're more in-tune with the customers and I'm willing to pay the extra dollar or two for the service they provide. Some of my greatest music discoveries have come from picking up an album at an indy store and the cat behind the register saying "You like this man? Have you heard of so-and-so?" I prefer to shop where people understand me and the music- the music I like."

I recommend taking part in this once-a-year celebration, but don't forget about record stores for the other 364 days of the year.