"It's my church too" declared Seth Haley, aka Com Truise, Sunday night at the Triple Rock Social Club in Minneapolis for his Fall Tour. The 80 minute set weighed heavily on 2011's Galatic Melt, and very little on the more recent Wave 1 from earlier this year, but that didn't seem to matter those in the somewhat full crowd. Haley played almost the entire set shrouded in darkness behind the blinking pentagon that was the center of his stage rig as well as doubling as his instrumental cock pit. Flanked by a couple of strobe towers on each side, the Simon-like pentagon illuminated the crowd throughout the show, and set the mood of each song with muted color, blinking along to the beat of the song. It certainly was the intended visual focus of the show, with the crowd bobbing along almost mesmerized to it's hypnotic waves of light. 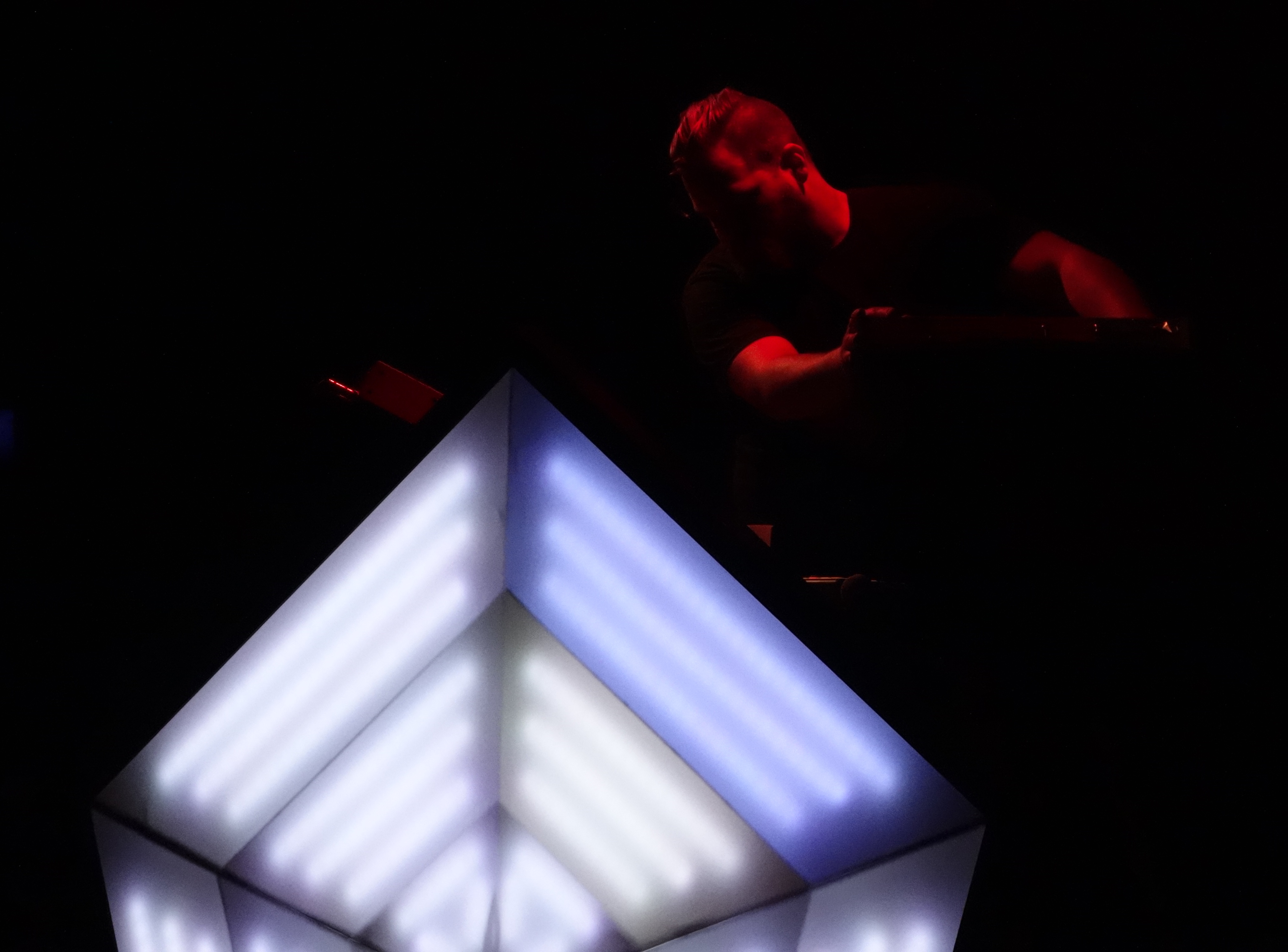 The crowd ranged from people carrying on conversations, to casual head bobbers, to a few super fans that regardless of the tempo of the song, danced and cheered as if they were at a full scale rave. This ultra casual feel would likely explain why as the night wore on, the crowd began to thin out. By the time the encore rolled around, the only folks left were on the floor, although still having a great time. 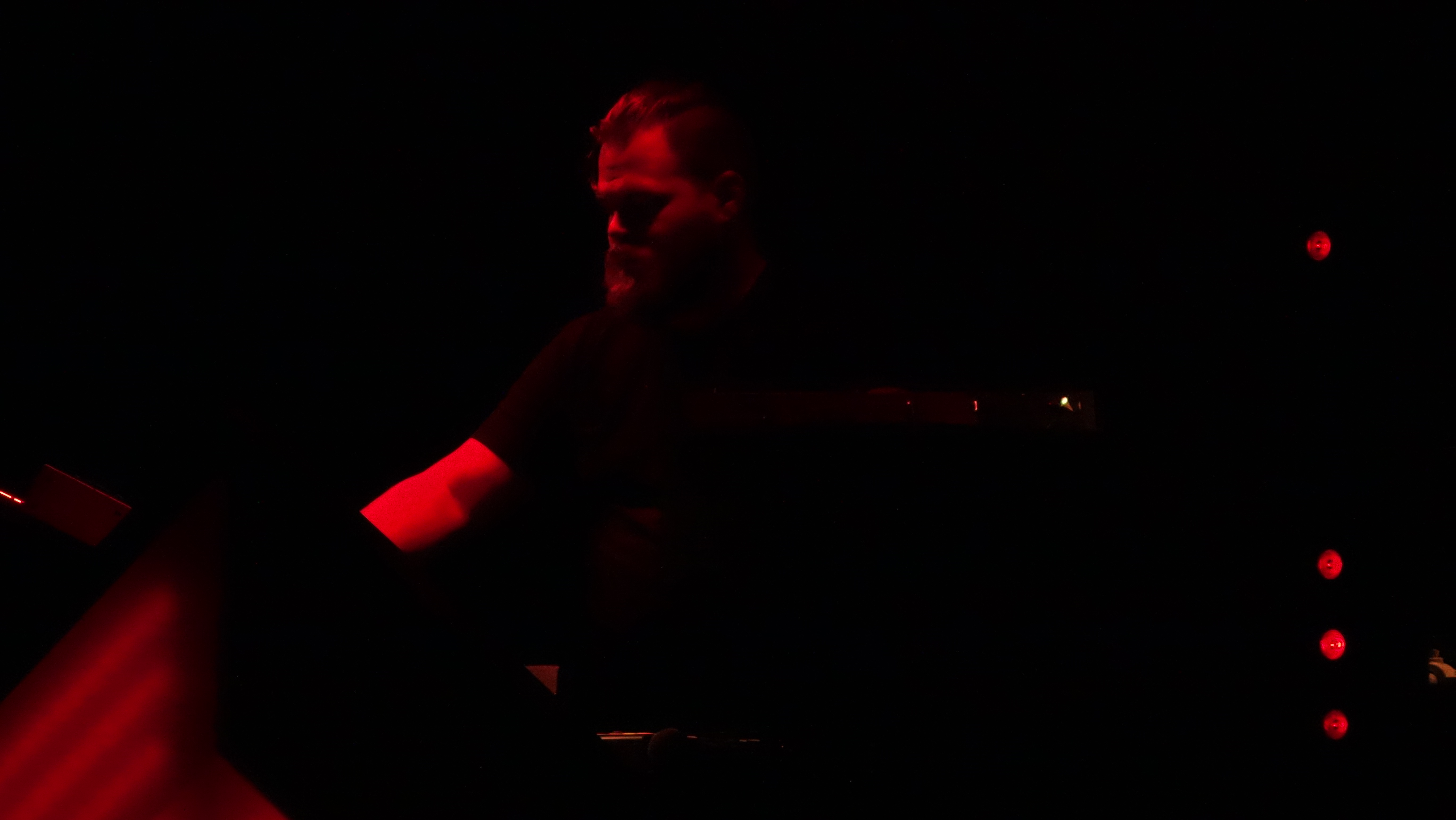 The mood was perfectly set on a crisp fall Sunday night, with the hue of reds and blues emitting from the pentagon. The 80's like synths that Com Truise weaves together got those that managed to stick it out late on a school night, to groove and sway, and really lose themselves in the music.   Photos by: PJ Mudd