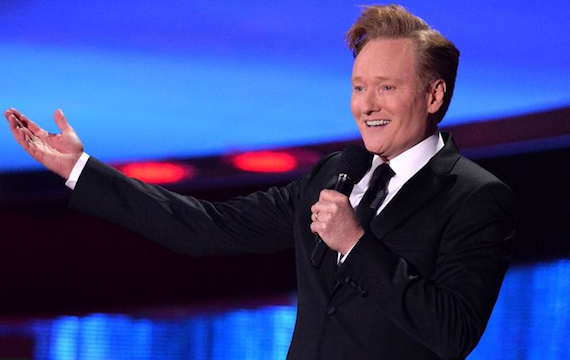 While I would never spend an evening watching an award show presented by MTV, I will however check out short recaps and funny tidbits from any award show -- especially one featuring the very funny Conan O'Brien. The late night funnyman who hosts Conan on TBS moonlighted as the host of the MTV Movie Awards on Sunday. The opening to the show was a memorable one. Check it out.

It's a blast to see all these celebrities in this one short clip -- I also love how creative the producers got with Conan jumping all over finding the celebrities eating meals, driving around, watching movies, etc., etc. Despite the MTV Movie Awards being a silly gala where teens from across the country award the most popular movies in the country (not often the most deserving), there are still plenty of fun moments worth seeking out after the event.   Photo via: Getty Images -- Video via: MTV
Tags: Movies, MTV Movie Awards