Could You Survive a Zombie Apocalypse? 'The Walking Dead Escape' Headed to Minneapolis 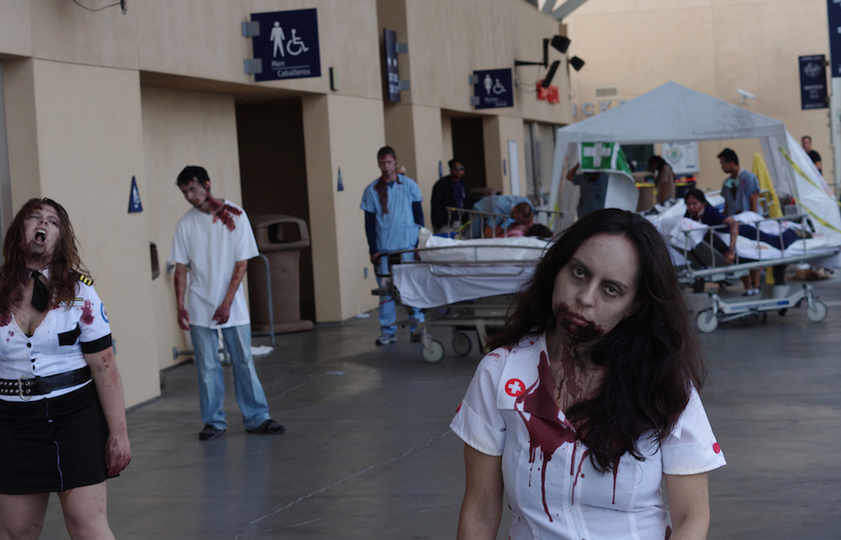 Almost everyone I know has a bonafide answer to the question: "What would you do if there was a zombie apocalypse?" I know people who have done reconnoissance, scouted locations, have weapons and plans for food in mind... seriously. Folks in America take zombies very seriously, even though up until this point they remain mostly fictional. (Have you ever seen people who play video games for hours and hours straight? Zombies.) For all those zombie nuts out there, the month of June has a treat for you. The hit AMC show, The Walking Dead, is taking a nation-wide tour of their event 'The Walking Dead Escape.' While this of course won't be anything like a real zombie attack, it's better than a listless zombie pub crawl. Participants are either able to walk around as a zombie ($95), hang out and watch on the sidelines ($20), or run the course as a survivor ($75) while trying to avoid the walking dead. There are also VIP tickets available for $150 -- this tier gives participants an option to run the course as both a survivor and as a zombie (there is also behind the scenes access and a VIP only lounge). There are also discounts on all tickets except VIP for those with Military IDs. 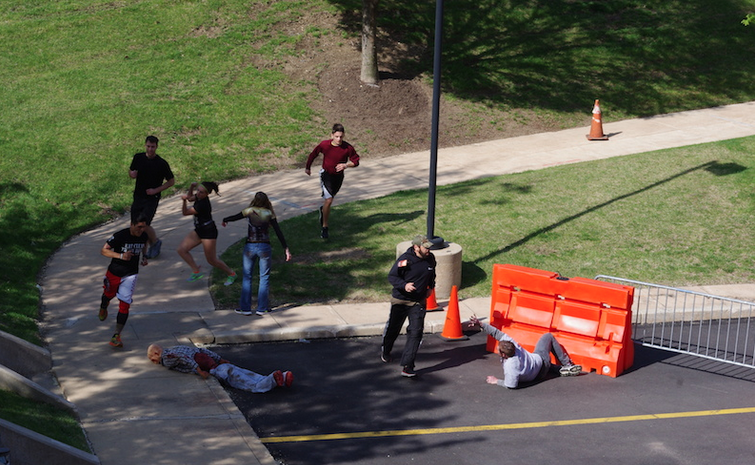 The event is also looking for volunteers -- so if money is tight and you simply want to be a part of it all, sign up to help out. If you decide you want to be a zombie, the package comes complete with full gore makeup and undead training beforehand. The "walkers" (this is an official The Walking Dead event) will occupy various zones that survivors have to navigate -- the zones include a hospital, an evacuation zone, a prison, and a quarantine area. So if you want to get in on the zombie action, sign up for The Walking Dead Escape on June 21st.   Photos and video via: The Walking Dead Escape