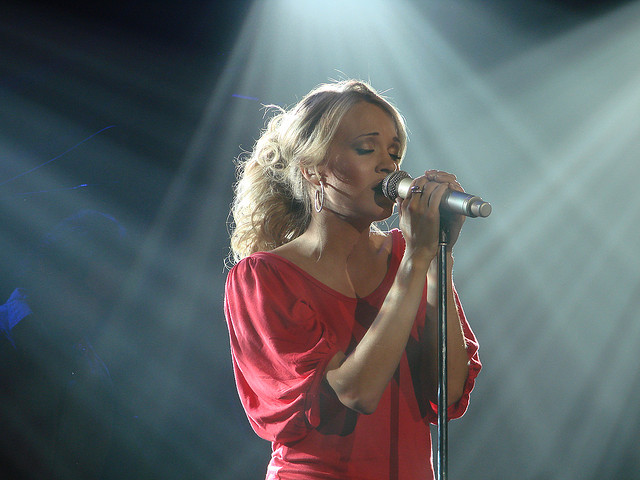 2015 will be a great year at the State Fair for those who love Carrie Underwood. The country music superstar just announced she will be headed to Minnesota on Saturday, August 29th to play at the Grandstand. In 2005, Underwood won American Idol and her music career began -- since then she has gone on to sell over 64 million records worldwide, she has won six Grammys and to this day has 18 number one singles. So as you can imagine, the Grandstand will be packed on her show date come August. For those thinking they can wait to get their tickets, you better think again. Next week, December 15th, tickets go on sale. The ticket prices range from $50-$65 and can be picked up at the fairgrounds, purchased online at http://www.mnstatefair.org/ or etix.com, or fans can call (800) 514-3849. Though I am no country music fan, I sure wouldn't mind being in the same proximity as this singing goddess. I think I'll be at the fair on that Saturday for the off chance we might bump into each other at the corn dog stand. A guy can dream right?   Photo by: MrHairyKnuckles
Tags: Carrie Underwood, Minneapolis Events, Music, St. Paul Events