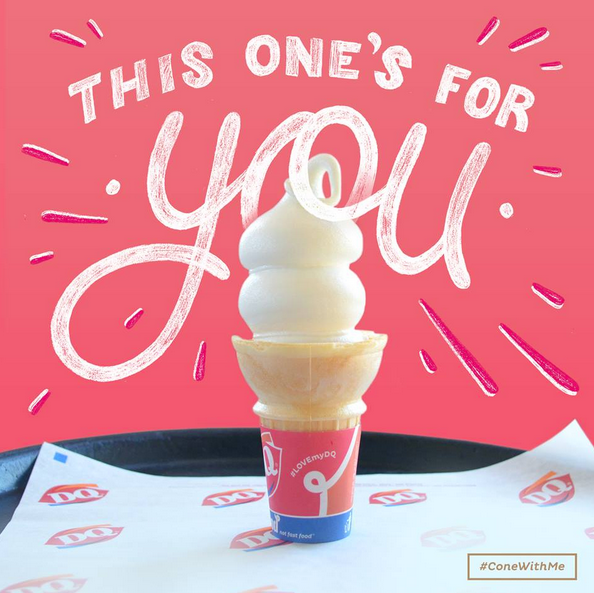 How does ice cream sound to you right now? To me, it sounds like a really good idea considering the recent warming spell we’ve had these past few days. In fact, you can get free ice cream courtesy of Dairy Queen. Well, maybe not an Oreo cookie blizzard, but next week you can get an ice cream cone for free at your nearest DQ. It was announced that on March 16, Dairy Queen is planning on giving away small ice cream cones for free to kick off the Minneapolis-based restaurant chain’s 75th anniversary. The 16th of March was picked because it was the 75th day of the year. As part of the celebration with ice cream, DQ will also accept donations to the Children’s Miracle Network Hospitals. The ice cream cone giveaway is one of several things that DQ has planned as part of its anniversary celebration.   Image courtesy of: Dairy Queen Facebook
Tags: News, Dairy Queen, Ice Cream