David O. Russell Reunites With Many of His Favorite Actors in 'American Hustle' 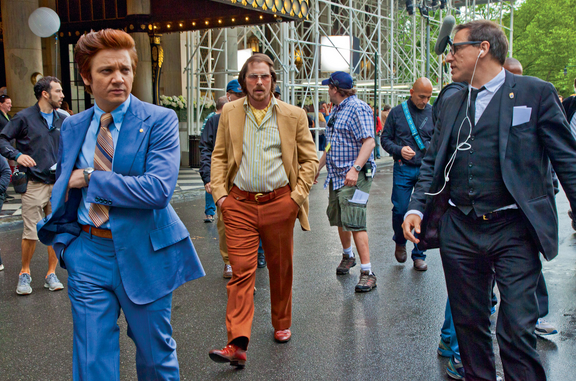 David O. Russell has been on fire as of late -- his past two films, The Fighter and Silver Linings Playbook, two of my favorite films of all-time, have been huge hits both critically and financially. Both of those films notched Academy Awards for some of their prominent roles, Christian Bale, Melissa Leo, and Jennifer Lawrence. O. Russell is reuniting with Bale and Lawrence in his latest, American Hustle. O. Russell is also reuniting with Silver Linings Playbook stars Bradley Cooper and Robert De Niro, and Amy Adams, who appeared in The Fighter. On top of that, American Hustle also stars Jeremy Renner and Michael Peña. One thing Russell seems to do is attract talent -- his films always have huge names attached to them. This period piece has a lot of talent playing sketchy characters looking to con their way to wealth and success. I personally am very excited to check this one out, especially considering O. Russell's track record as of late. Check out the first trailer for American Hustle. American Hustle debuts in theaters on December 25th, 2013.