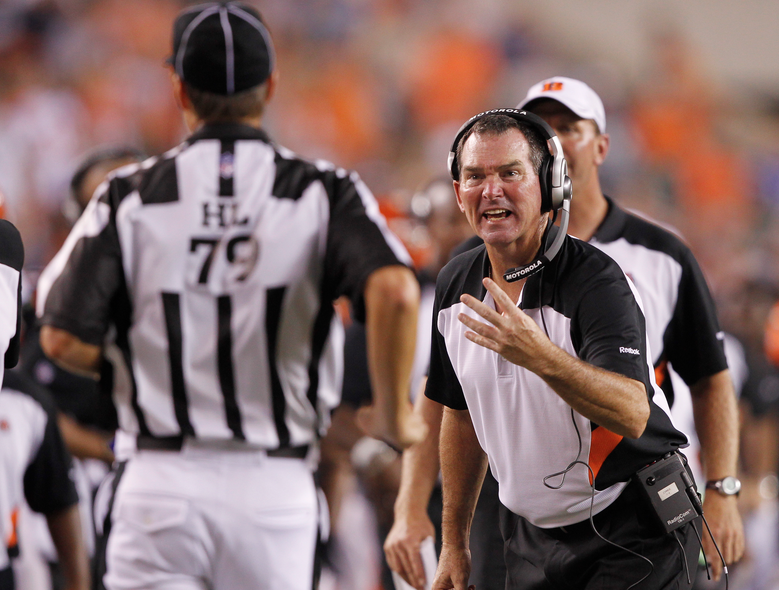 The Minnesota Vikings have landed their ninth coach in their long history after Leslie Frazier was fired at the end of December -- onto the Vikings head coaching throne now sits former Cincinnati Bengals defensive coordinator Mike Zimmer, a move that is being praised by almost all. I have not heard one negative thing about Zimmer since he was announced to be moving to Minnesota, from league writers, players, and even Hall of Famers like Deion Sanders. And I have to agree -- Zimmer seems like the perfect fit for this talented roster. Zimmer is a strict type of guy who has a knack for defense -- which is good considering the Vikings had one of the worst defenses in the NFL this past season (surrendering the second most in yards and the most points in the league), blowing leads time after time to lose close games in the final minutes of too many contests. Zimmer has been the Bengals defensive coordinator since 2008, and has always kept the Cincinnati squad competitive on his side of the ball -- last season the Bengals had the fifth ranked overall defense. Defensive-minded is exactly how most would describe former defensive back, defensive coordinator, and head coach Leslie Frazier. However, the similarities between the coaches stop there -- Zimmer is a not the quiet, stand on the sideline, stoic figure like Frazier. He's not the guy who will be a player's best friend. Best of all, Zimmer has a fire that has been missing from the head coaching position for a few years. The move, though just announced, has been highly regarded by almost all NFL sources. The Bengals defensive players took to Twitter to lament losing their beloved coordinator, as well as hopeful Vikings players welcoming new leadership. The best praise I have seen however, is from NFL great Deion Sanders, his tweet about Zimmer below.

Though Zimmer seems to have the defensive side of the ball handled, the Vikings still had plenty of problems on offense (mostly due to inconsistent quarterback and offensive line play) in 2013. I know like me, most Vikings fans want Bill Musgrave to be shown the door. Musgrave is still currently employed as the offensive coordinator, but his days may be numbered as ESPN's top NFL source Adam Schefter is reporting Zimmer wants former Chargers head coach and current Cleveland Browns offensive coordinator Norv Turner to be his new genius on offense. While Turner has had more than his own shortcomings as a NFL coach with the Chargers, never getting his talented teams to play to their potential, it is undisputed that Turner is a great offensive mind. Even this past season he gave the Browns offense life and helped make Josh Gordon an elite NFL wideout despite shaky quarterback play for most of the season -- that could mean great things for the likes of Cordarrelle Patterson. Zimmer's contract is still being ironed out with the team, and the official announcement is yet to be made -- but the Vikings have nailed down their latest head coach, a man filled with the promise to give the Minnesota Vikings and their fans a title they have never had in their storied history -- Super Bowl Champions.   Images via: Google and Twitter