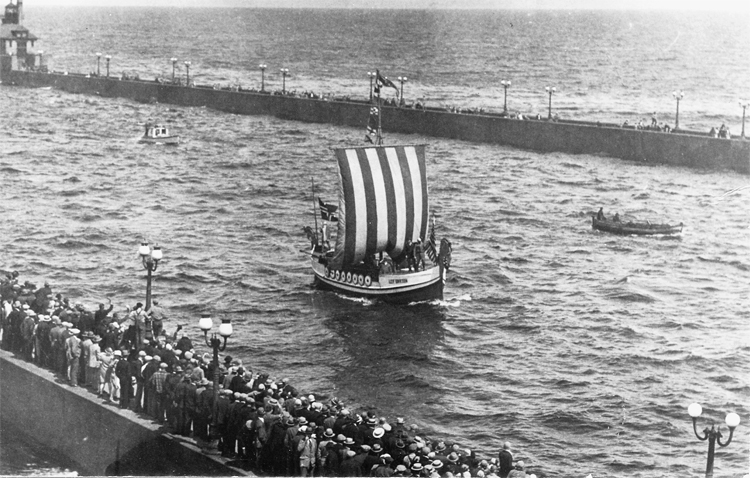 A historic voyage took place in 1926, when a replica viking longboat set sail from Bergen, Norway, and made it all the way to Duluth in 1927. Having completed its purpose of showing the world the vikings could have made it to America, the ship was purchased by Duluth business partners Emil Olson and Bert Enger. The two then donated the boat to the city of Duluth, intending it to be put on public display. Unfortunately, things were about to go poorly for the vessel. The ship was neglected for almost thirty years, only displayed in the 1980's when Neill Atkins and others took initiative. They raised money and got the ship displayed in Leif Erikson Park, but there it was constantly vandalized. Duluth City Architect Tari Rayala said it got, " to the point where keeping it in the park was not an option." Currently this ship is being repaired in the Lafarge Cement Terminal, and another initiative is active. Atkins is spearheading another movement to get the ship put on sheltered display on a triangle of land to be acquired from MnDoT. Plans are to put the longboat in a glass pavilion, which could also include some information about its voyage. $100,000 has already been raised, but Atkins assumes it will take another $50,000 to be able to complete the project. Many of the expenses have been lightened due to companies and community supporters pitching in. Photo via: Zenithcity.com
Tags: Duluth, Leif Erikson Ship, Local Happenings