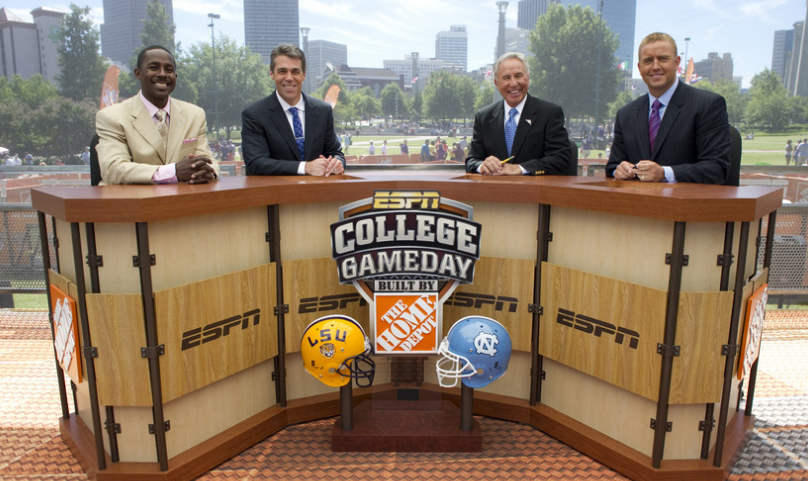 As the Gophers have now won four straight Big Ten games, they are now considered more than a worthy foe to the (#17) Wisconsin Badgers. With that considered, the vagabond set of ESPN's College Game Day, which travels from college campus to college campus to profile the biggest NCAA matchup of the week, is considering making a stop in Dinkytown on November 23rd for the famous Minnesota/Wisconsin border battle. The college pre game show will choose where they will be on November 23rd following this Saturday's NCAA games. In an effort to swoon the decision of ESPN, the website Gopherhole.com has turned on a full fledged social media campaign. Their efforts on Twitter can be found here -- if you want to help support making this game an even more marquee matchup, don't forget to show your support. The other big games of the week include LSU vs. Texas A&M (with media darling Johnny Football) and Baylor vs. Oklahoma State. 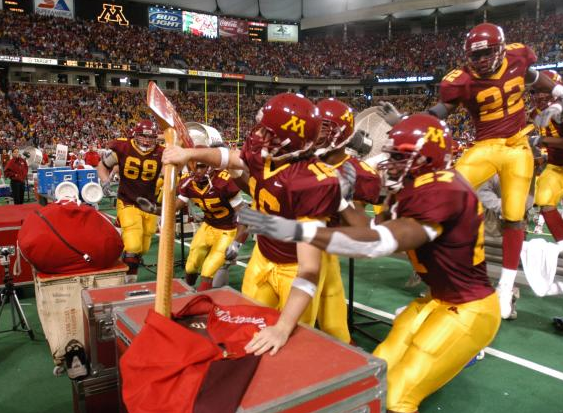 It's been far too long since the Gophers even competed versus Wisconsin, warranting this matchup as worthwhile -- it's been even longer since the Gophers won this matchup. The last time Minnesota defeated Wisconsin was 2003, when they played in the Metrodome. Many know, the winning team gets to take home the trophy "Paul Bunyan's Axe," a tradition started in 1948. It might be even surprising for most to hear, the Gophers lead the all-time matchup 59-55-8. That just goes to show how dominant Gopher football used to be -- Minnesota hasn't won in almost ten years and still has more wins than Wisconsin. But with the resurgence of Gopher football this year (you can definitely call it that even though the Big Ten kind of stinks this year), many are circling this game on the calendar, especially after the Gophers knocked off Penn State last week to improve to 8-2. Wisconsin plays the potent offense of Indiana this week at home, while the Gophers will rest on their bye. In order for this game to mean even more, this weekend Minnesota fans should root for Wisconsin to beat Indiana -- two 8-2 teams squaring off is more more appealing to draw the attention of ESPN. Photos via: Google