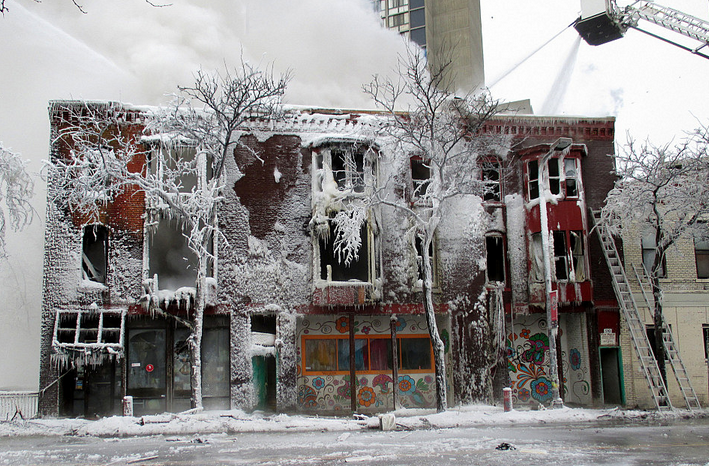 The Cedar-Riverside area was rocked by an explosion at a three-story apartment building early on Wednesday morning. Firefighters fought the blaze and the sub-zero temperatures for hours on Wednesday -- the three alarm fire injured 14 of the residents, with six critically injured. Two people were missing until their bodies were found in the rubble, one yesterday, and one today. The demolition of the building was halted today after the body was found. The determination of the explosion and fire are still under investigation. I also want to take a moment to appreciate the firefighters who battled not only cold, but the harsh Minnesota winter. Look at that building, frozen with the water used to extinguish the flames -- thank you to all who serve, regardless of temperatures and weather conditions. Photo via: MPR