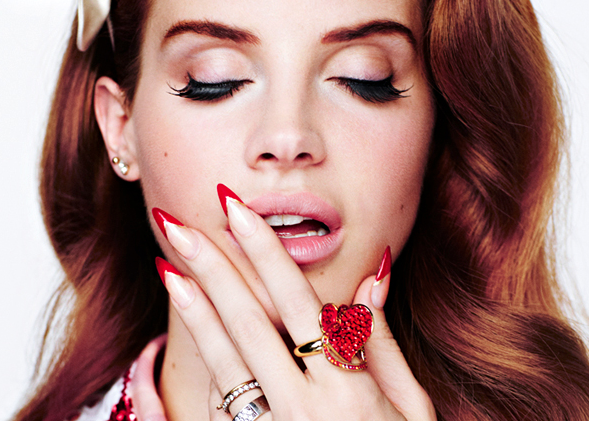 When ‘stiletto nails’ first burst onto the scene, I was baffled. I wondered, what could be the appeal of having unnaturally long nails that come to a point? I figured they would be a minor fad that would shortly fade out. However, the trend grew, as did my interest in them. I began to wonder where this style came from, assuming it was a new fashion creation because I didn’t remember ever seeing them around before. However, upon further research I discovered that the trend wasn’t new at all. In fact, the first case of a celebrity donning ‘pointy nails’ was as early as the 1950s, when Maila Nurmi wore her stiletto nails extraordinarily long to portray her popular character, Vampira. Although the fad faded after that, it is now back with a vengeance. Celebrities such as Beyonce, Kylie Jenner, Dita Von Teese, Lana Del Rey, Project Runway contestant Helen Castillo, and many more are adorning long, pointed nails. While it hasn’t reached popular culture yet, it will soon with so many celebrities on the stiletto-nail-train. I decided before I  judge the pointed nails too harshly, I should give them a try. I went to the salon, asked for acrylics, and they got to work, making my nails longer than they’ve ever been and filing them to a point. Instantly upon completion, I began to understand the appeal to these long, vampy nails. For one, they instantly edge up every outfit, giving it a unique flare. Someone could be wearing pink shorts with a polo shirt, but stiletto nails would still give them that extra amount of sass and punk that is sometimes needed as a woman in this world. Secondly, they elongate the fingers. Coming from someone with short, stubby phalanges, this is a huge plus. 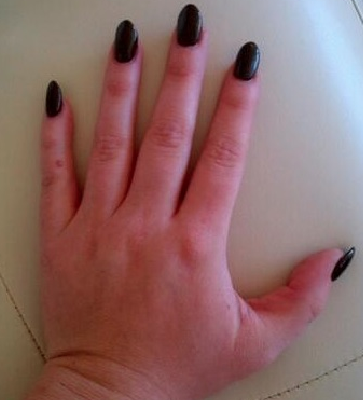 Lastly, and probably most importantly, they come with a sense of power and confidence. I was nervous to walk around with such long, pointy nails because they haven’t quite bridged the gap between Hollywood and the real world, yet. However, I feel as though I could take on the world with these nails, and that sense is heightened by the fact that it took bravery to give them a try. It takes a sense of courage for an average girl to don an uncommon style. That courage shows in the beauty of the nail. And that courage is something that every woman could use, whether you’re choosing to file your nails to a point, or just wear that tank top you’ve always wanted to try. My little experiment taught me how much I can learn from giving something a chance versus judging it from afar. I’m certainly not going to judge a trend before I try it out myself in the future, and I would recommend others do the samel. You never know what you may like or how something fresh may make you may feel. As for me, I’m going to rock stiletto nails for a very long time. Images via: Google and Leah Putz
Tags: Fashion, Stiletto Nails