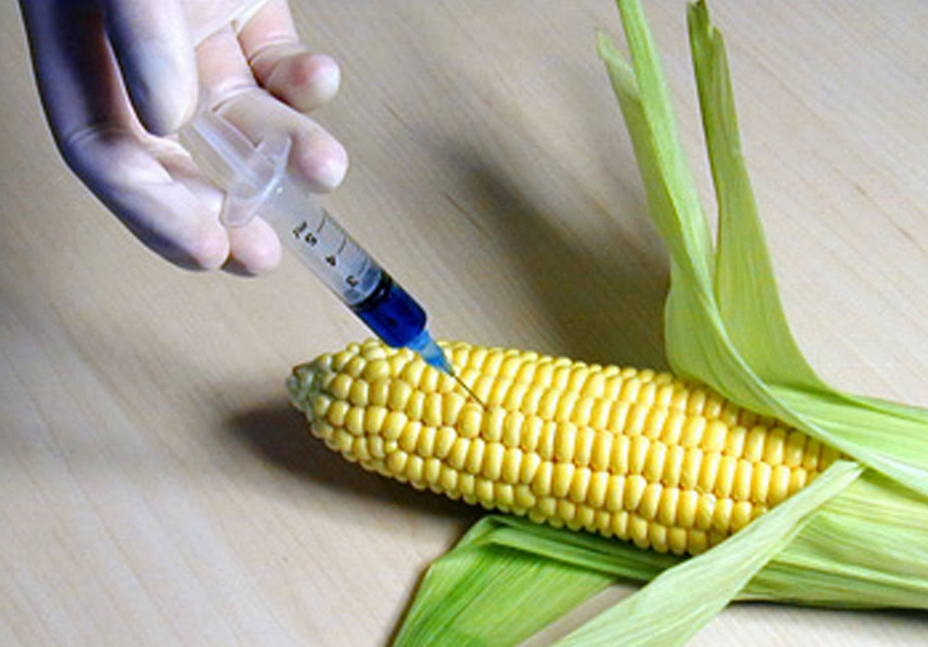 In Solutions to a Farming Future, Steven Gorelick references various ways to better the practices of food production. The fundamental functions of agriculture have drastically changed the vital role of our local farmer. Today it is clear the influence of corporate farming has driven this agriculture and food production transformation. Large food corporations have made it difficult not only for the customer to avoid purchasing items free of genetically modified (GMO) corn, but have also made it difficult for producers to provide an alternative. The gene altercation practices associated with GMO corn and seeds, such as altering particular genes in order to eliminate particular strains of disease or unwanted qualities, are bringing into question issues of human and animal health. Could these mutations be a modern form of biological warfare in the disguise of food? Are modern-day farmers “entrenched on the conveyor belt of American industrial agriculture?" The issues of power and inequality are apparent. In our times of significant influence from corporate food and seed industries, how can we move toward improvement in policies and policy change? Food Warfare Industrial farming has not only changed the individuals involved in production, it has posed various health concerns for its consumers. Consumers are faced with the challenging task of avoiding the mass consumption of industrialized, GMO corn products. Unfortunately, industrialized corn has been infiltrated into almost every product the daily consumer is faced with on the grocery shelf.  Through industrialized production, food items, such as corn, are modified to resist strains of disease and insecticides. As a result, GMO corn is additionally altered with various chemicals and antibiotics. Because a large majority of our consumable food items are processed with industrialized GMO corn, consumers are ingesting the remnants of pesticide chemicals and strains of antibiotic compounds. The production of beef and milk has also shifted toward the industrialized, corporate market. Cattle are injected with growth hormones for increased muscle mass and milk production, thus contaminating consumers’ meat and milk products. In addition to hormone injections, cattle and other animals are also fed GMO corn that carry hormonal and antibiotic features for mass milk and beef production. Corporate food industries alter corn in order to enhance “valued” qualities of food in the production process and eliminate unwanted traits or disease. Through corporate food industry alterations, essential qualities, such as biodiversity, are lost. Consumers are continually (unintentionally) purchasing and consuming GMO food items that are hazardous to the natural processes of human and animal consumption, and environmental diversity and reproduction. 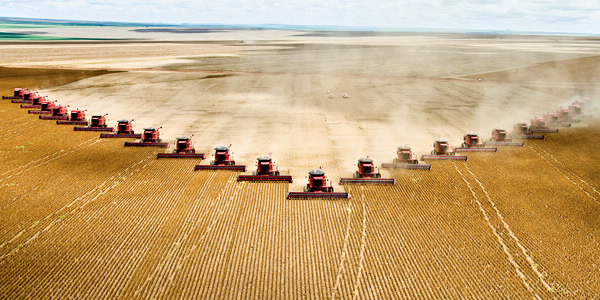 The Modern Farmer Farmers are no longer able to depend upon techniques of agriculture that benefit and support a bio-diverse environment of production. Essentially, farmers have been maneuvered into producing for the interest of large, corporate food industries. The labor of farmers has been rendered to the control of corporate seed companies, such as Dow, Du Pont, Syngenta, Aventis, and Monsanto.  In the past, farmers were able to adequately provide for their immediate family and their local area of neighbors and friends. Now, corporate farming is unable to sufficiently support their individual homes’ needs. This has created financial hardship and advanced the powerful control of corporate seed companies over local farms on a global context. In order to survive, farmers have succumbed to the regulations corporate seed companies implement upon their vulnerability. As industrialized farmers, they are required to sign contracts detailing stratified planting schedules constructed by seed companies, thus creating an underhanded profit. Although farmers are initially presented with high yields, the adverse effects of monocropping significantly diminishes their long-term profit margin. Because farmers are unable to adequately subsist on the yields of industrialized farming, they are forced to enter the wage labor market as another means of subsistence. Alternative farming, such as organic farming, has also experienced the negative ramifications of corporate seed and industrialized farming. Although corporate seed companies have placed patents on their GMO corn, they are unable to prevent the natural pollination of the corn plant. As a consequence, organic farmers are experiencing mutations in their corn yields that have been unintentionally pollinated by neighboring corporate seeded fields. Social Policy and Reform Although consumers would be inclined to purchasing locally-produced, bio diverse food items, alternative farmers have been forced to compete with the imperious corporate food industry players and stakeholders who have ultimately created a cycle of social inequality through their global distribution of manufactured food items. This ultimately points to the issue of social policy. How is that we can move toward improving the policies associated with our unbalanced corporate food industry? The influence of consumer demand plays a significant role in policy improvement. Pressing for accountability from our larger food infrastructure is essential. Requesting the requirement of GMO labeling at a legislative level, purchasing from independent and organic producers versus large corporation marketing lines, and reviewing whether or not your producer is in fact using environmentally sustainable growing practices are the first initial steps in consumer involvement. It is imperative to align yourself with growers and producers who support forward-movement policy in all aspects of sustainability, as this will drive change.   Reference Material: Schapiro, Mark. “Sowing Disaster?” The Nation, October 28, 2002: 11-19 Gorelick, Steven. “Solutions to a Farming Future” The Ecologist, May 22, 2000.   Photos via: Google