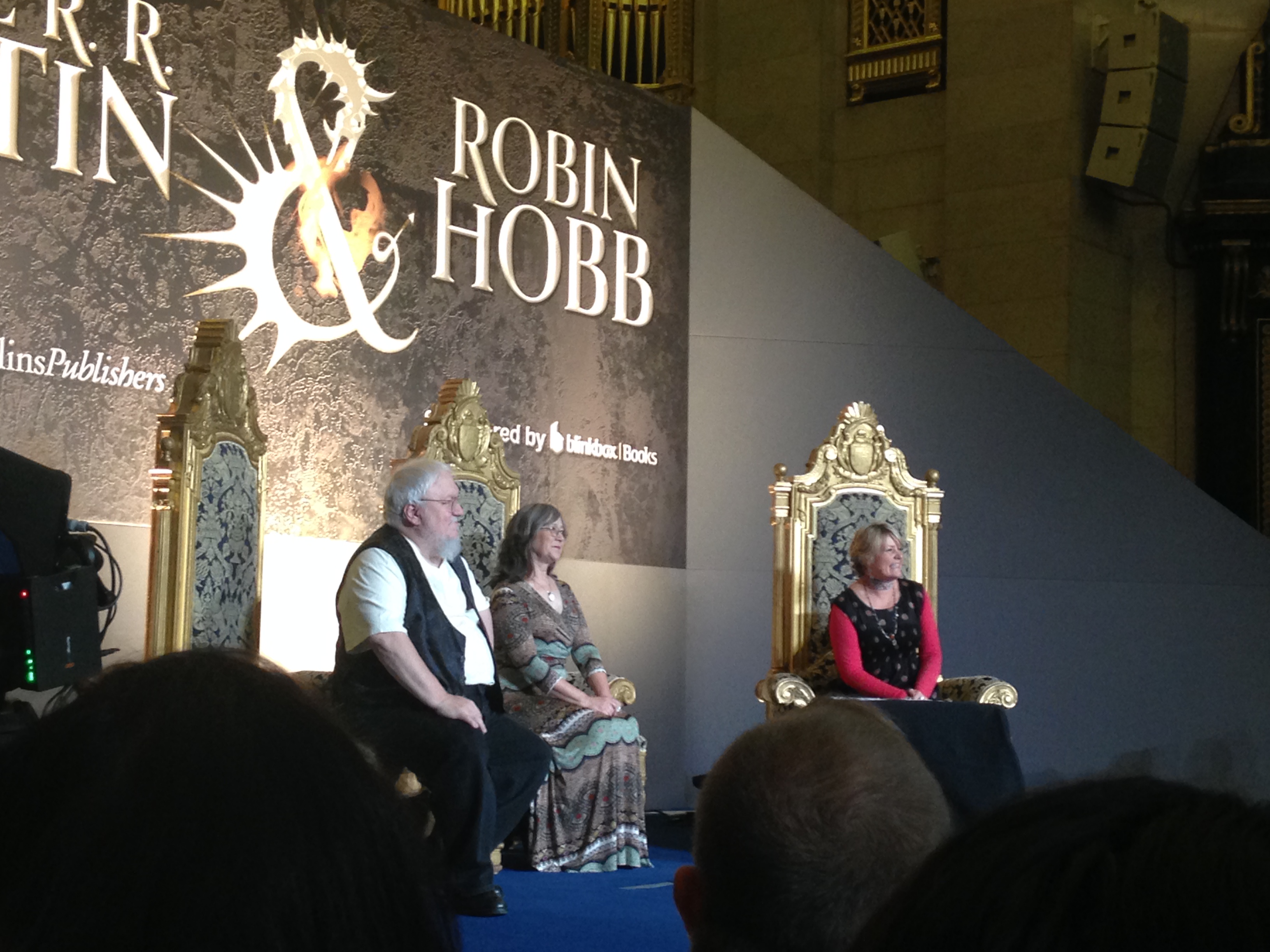 When I snatched a ticket to see George R.R. Martin and Robin Hobb in 'Conversation at the Freemasons’ Hall in London, England, I could barely contain my excitement. Though I’m not familiar with Robin Hobb’s work, I’ve been a fan of the Game of Thrones television series for years and I’ve been powering through the novels by George R.R. Martin as quickly as I can, unable to put them down. I’m also an aspiring fantasy writer -- so the chance to see Mr. Martin, who is swiftly becoming one of my all-time favorite authors, speak felt like the opportunity of a lifetime. And I was not disappointed. Martin and Hobb touched on the positive and negative aspects of writing as well as giving advice for how to overcome common difficulties. One thing they discussed that particularly struck home for me was the struggle to actually finish things. Martin mentioned that when he began writing, he had an “endless supply of beginnings” but that he had never actually been able to finish a story. This is my main struggle with writing, and I’ve talked to other writers that deal with the same experience. Martin said his solution to the prevailing problem is forcing yourself to finish it. He said, “No matter how much I hated it, I’d make myself complete it. And by the end, I liked it a little better.” This technique helped him to get in the habit of finishing what he started and eventual reach the point where he could complete 1000+ page novels! 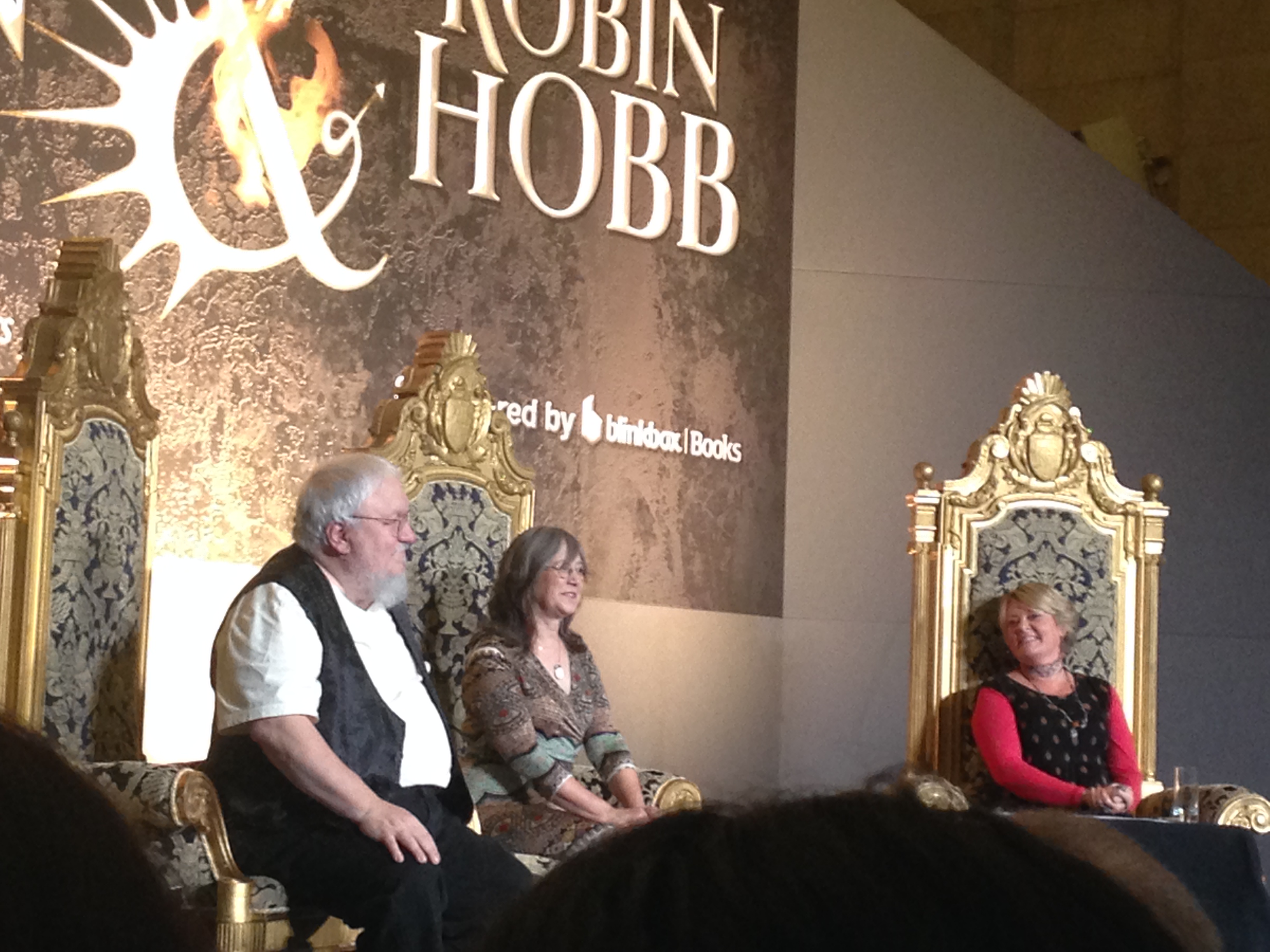 Between Martin and Robin Hobb, whose Farseer Trilogy are international bestsellers, writers in the audience were given a basic guide to master the art of writing. Step one is obviously to write. Step two is the daunting task of finishing what you write, though ideally your first draft is simply the basic storyline. Getting that on paper will help you to add in details and achieve your vision for the story later. The next step is re-writing. According to Hobb and Martin, this is the most difficult task. Combing through your work critically, adding in sensory details, and fine-tuning your creation can be incredibly grueling. But when you’re able to hold your finished work in your hands, the pride and satisfaction makes it worth the effort. Another piece of advice that Martin and Hobb offered is to focus on writing rather than ‘becoming a writer.’ Write what you want to read, not what you think will be successful. If you enjoy the story you’re creating, you will actually want to write and finish your tale, much the way it feels when you can’t put a book down. If you write a story just because you think other people will want to read it or that will get you on the bestseller list, then it may be more difficult to get involved in your story and delight in writing it. 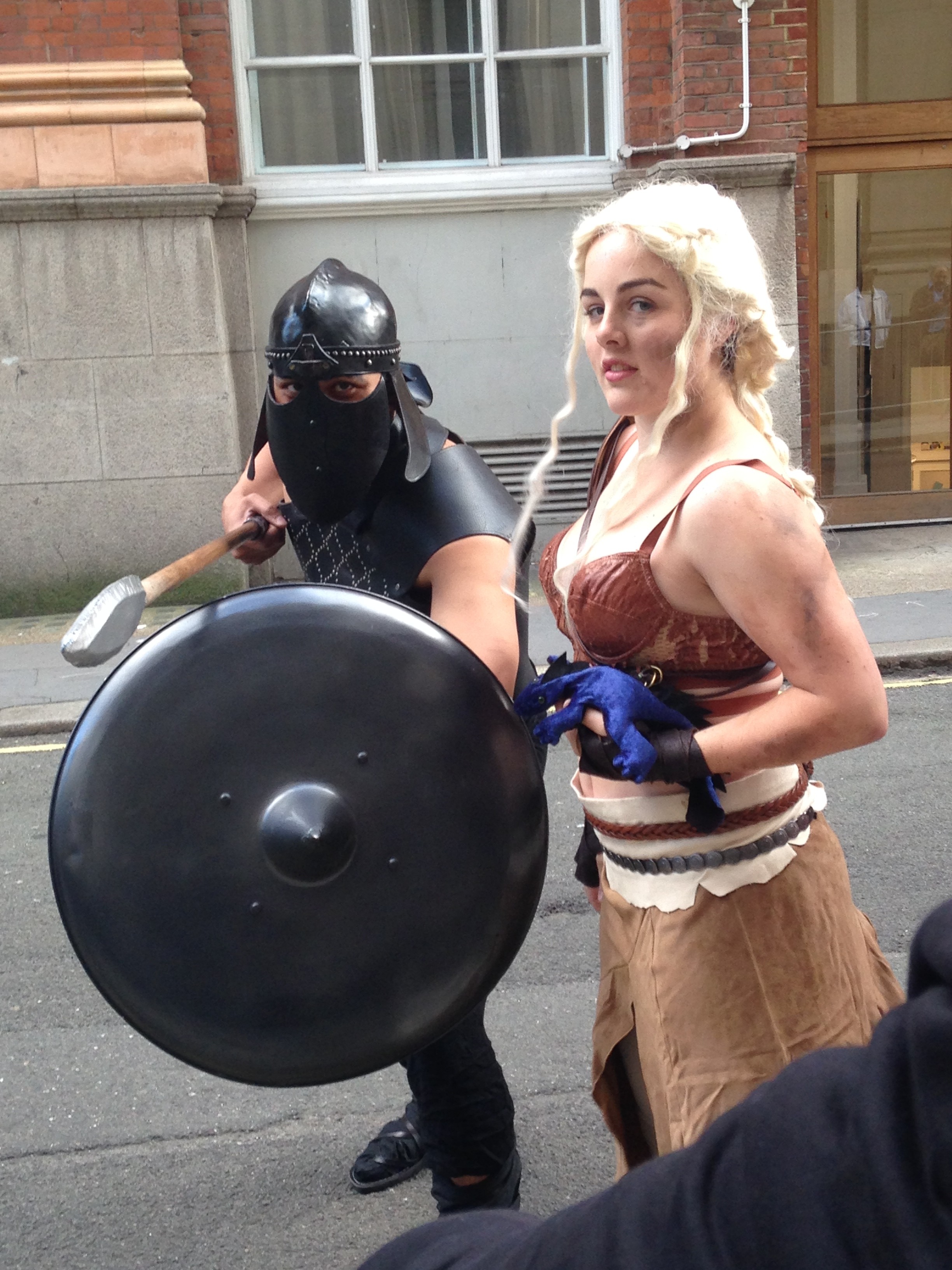 Listening to such accomplished and talented authors was incredibly inspiring. Writing can be frustrating, stressful, even boring at times, and it’s not something that yields immediate results. However, it can also be so rewarding that all of those things are forgotten and you can wait to begin your next story. In the words of George R.R. Martin, “writing is weird, man.”   Photos by: Leah Putz
Tags: Game of Thrones, George R.R. Martin