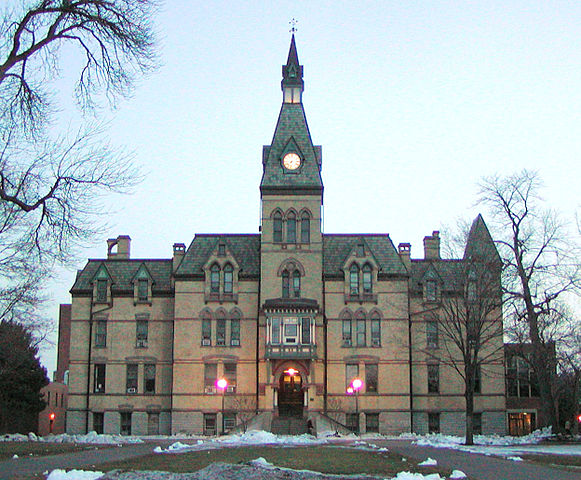 Adjunct professors at Hamline University became the first group of adjuncts at a private Twin Cities university to unionize last Thursday. Adjunct faculty voted in an overwhelming 72% to join the Services Employees National Union. Ninety of the university's faculty members will be represented by this union. Hamline's administration said it would have preferred any concerns between faculty and administration be dealt with directly with the professors, rather than involving a third party union. Hamline adjuncts have been joined in their efforts by groups from fellow Twin Cities universities St. Thomas and Macalester. St. Thomas will vote on the union in July. Macalester adjuncts were supposed to vote in early June, but the vote was cancelled. As a St. Thomas student, I have taken several classes taught by adjunct professors but was unaware of the difficulties they face. Adjunct professors typically make around $4,000 to $5,000 per class (which is the same amount that I as a student pay for a class). From what I've seen, professors typically don't teach more than four courses a semester. This means adjunct professors make at most (a large amount work part-time teaching only one or two classes) around $30,000 to $40,000 a year, compared to the more than $60,000 that their non-adjunct counterpart professors make. Administrators said unionizing would make it difficult for them to accommodate the needs of their students. However, adjunct professors in favor of unionizing said it will help students by ensuring adjunct professors receive the same training and strengthening the entire higher education process.   Photo via: William Wesen
Tags: News, Hamline University, Local Happenings, Macalester College, University of St. Thomas