Help is on the Way -- For Deer in Northern Minnesota 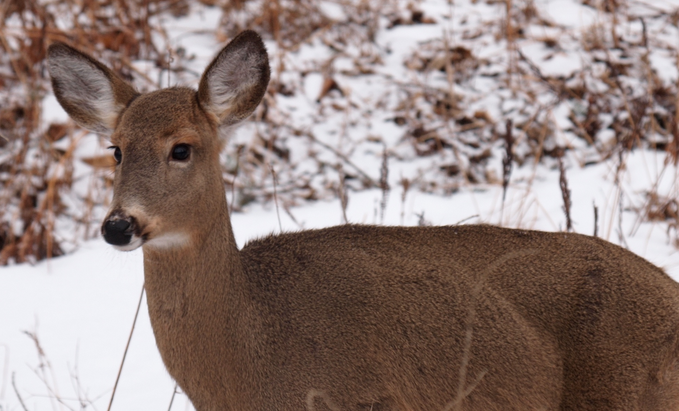 What does a reluctantly given $170,000 of DNR money have in common with 130 snowmobiling volunteers? Why a mission to save the white-tail deer population of northern Minnesota of course! With certain permit areas already in a vulnerable state, a large winterkill could mean big problems for hunters and, in the long run, other natural predators (a surplus of starved and frozen deer carcasses makes predation easy in the short-term). The Minnesota DNR, which last did an emergency deer feeding in 1997, is unenthusiastic in taking up the task; in fact they are simply approving the type of food and dropping the money (which is 50 cents from every deer license) into the hands of the Minnesota Deer Hunters Association. The central concern of the DNR focuses on the spread of bovine tuberculosis and chronic wasting disease due to deer congregating at feed sites. 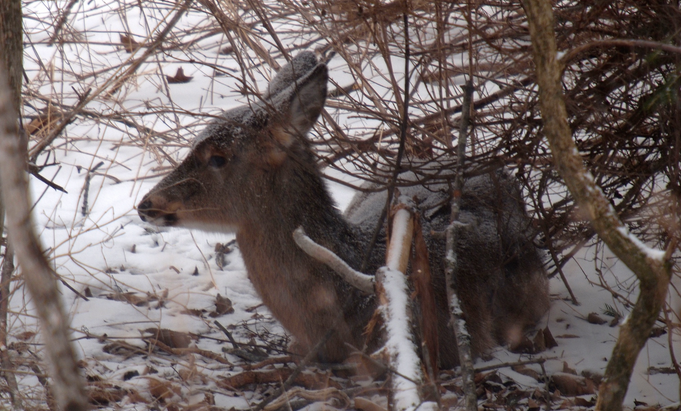 Also, the agency disallowed supplemental feeding in two permit areas near Ely due to the overlapping moose population (moose are more susceptible to fatal parasites carried by deer and suffer from competition for food when up against higher densities of their white-tailed friends). This week payloads of winter-digestion-safe feed (a mix of corn, alfalfa, soybean meal, oats, along with various ethanol plant and wheat mill byproducts which is fortified with supplemental nutrients and bound with molasses) are being brought to designated sites by volunteers on snowmobile. The plan hopes to help between 12,000 and 16,000 deer survive through the remainder of this bitterly cold winter. I imagine the starving deer will be thankful, even if the person distributing the March meal is the same individual delivering the autumn bullet.   Photos via: Ken Thomas
Tags: DNR, Outdoors, White Tail Deer Population