Hey, Miley: You Can Stop, and You Probably Should Stop 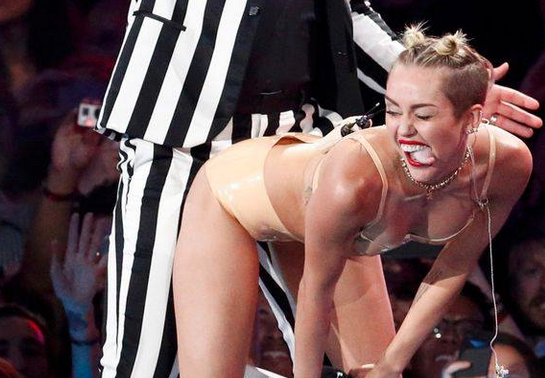 Last month I wrote an article about Robin Thicke’s song “Blurred Lines” and the outcry that followed its production. Thicke will have to share his “shock and awe” throne as his new VMA's buddy Miley Cyrus has matched, and possibly outdone, his audacity. Miley’s exploits have rocketed her to the #1 trending topic on Yahoo, and put her in the top 10 on Twitter. This is obviously not the Miley of seven years ago. First, let’s talk about Disney. The Mickey Mouse media conglomerate generates child stars like McDonald’s produces burgers. These children are advertised as innocent youth, complete with fluffy clouds, rainbows, and brightly colored butterflies. Disney shoves this image down our throats, and we want to believe it. But then the kids grow up and inevitably try to act like adults, fighting the oppression they faced at the hands of the Disney machine. Some are able to age with class and maturity, like Hilary Duff and Justin Timberlake. Far more, however, turn out something like this: 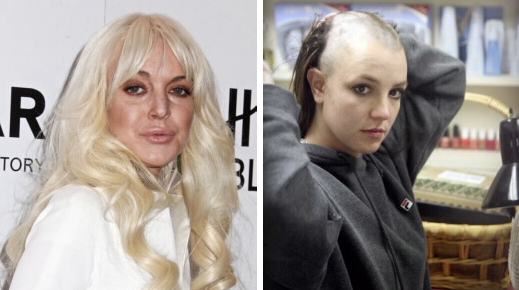 Miley Cyrus is only the newest Disney starlet attempting to strut her adulthood now that she’s 20 years old. She has stated in several interviews that in her music and performances her intent is to poke fun at the conventions of today, literally doing and saying everything that is generally frowned upon or altogether shunned. This is an interesting take on public entertainment, but what is the point? Why does Miley seem to think that her route to stardom correlates with making fun of the beliefs of her would-be fans? While this tactic is sure to garner some love from those who applaud her use of free expression, she transcends herself by making her true intentions unclear. Is Miley making fun of us, or herself? It’s becoming increasingly difficult to say where the fake antics end and the real Miley begins. Prior to the now infamous MTV VMA performance, Miley had already begun rebelling against her Disney persona. From the photo of her with a bong, to the bleached hair and pixie cut, to the over-the-top “We Can’t Stop” music video, it's clear that Miley isn’t a child anymore and isn’t afraid to push the envelope. Regardless, the tongue out, twerking, and public masturbation with a foam finger routine still came as quite a surprise. The general reaction throughout America was shock and disgust, as was broadly displayed across Twitter (Here’s my personal favorite tweet). Few caught on to what Miley was supposedly trying to accomplish here. Miley later told MTV that she was simply doing what most VMA performers attempt to do: she wanted to “make history.” Perhaps the best summation of the whole debacle came from Gloria Loring, Robin Thicke’s mother. She told US Weekly that she “[doesn’t] understand,” Miley’s point and “it was so over the top as to almost be a parody of itself.” However, this seems to be exactly Miley’s point. Looking to the aforementioned “We Can’t Stop” video, her actions (and those of the extras) are blatantly over the top and excessive. 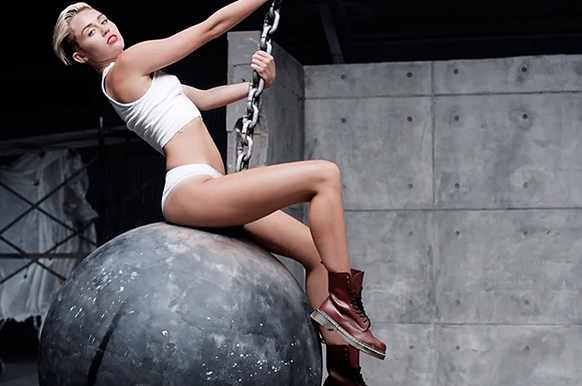 Then came the video for “Wrecking Ball,” a song that had the potential to be the slow ballad to counter-act “We Can’t Stop” and possibly soften her image. Instead, we get Miley naked and straddling a wrecking ball while licking a Thor-sized hammer. Apparently, Miley wants to keep the whole charade going. So is Miley an oversexed, raunchy, hardcore-partying, white trash individual? Or is she pretending to be an oversexed, raunchy, hardcore-partying, white trash individual by creating a never-ending parody of herself being an oversexed, raunchy, hardcore-partying, white trash individual? Who knows? Frankly, the whole thing is too exhausting for me to follow or care about. Besides, this is the only parody that is truly entertaining.
Tags: Miley Cyrus, Wrecking Ball