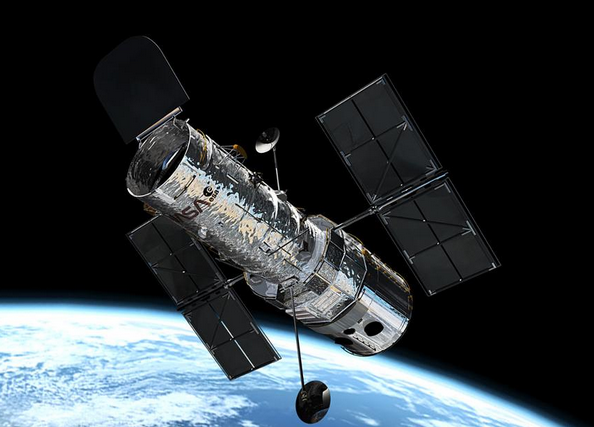 Get that Star Wars reference in the title, galaxy far, far away? I thought it was clever. The Hubble Telescope is Earth's finest instrument for looking into space -- it's location in space makes it that much more effective than the landlocked telescopes that battle the Earth's atmosphere, light pollution, etc. The Hubble can take images of space from space -- and because it is so effective, and because there is only one, scientists are always clamoring for the opportunity to point the Hubble to areas of space they find most interesting. Though not recent, I stumbled across this YouTube video that profiles images captured by scientists in 1996. They aimed the telescope out of curiosity at a "blank area" in space, a decision initially met with criticism, but ultimately was a choice that led to the discovery of thousands of galaxies. If space interests you at all, this short video is well worth a look. Image via: Google