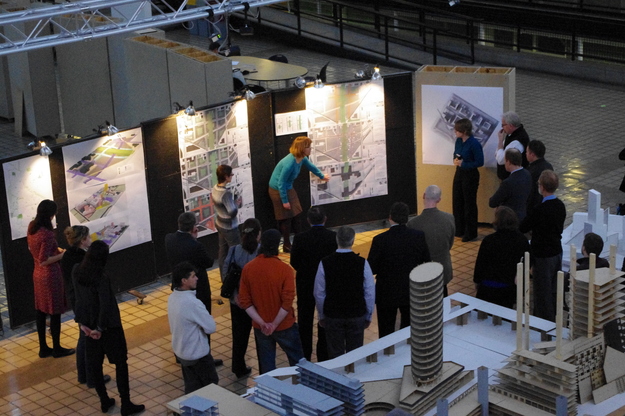 Graduates of the University of Minnesota's School of Architecture have proposed designs to "cap" 35W and create a new neighborhood in Minneapolis, just east of the new Vikings Stadium. The conceptual models were on display in the IDS Center from April 7-11, and was even displayed to the Minneapolis Downtown Council. The plans include capping the freeway with a "green open space," and then surrounding that space with residential buildings. This would also be set up with easy access to the University of Minnesota and the light rail; the freeway cap itself would be used as a parking garage for the community residents. Some of the desire to create this cap and community seem to stem from a resentment of the separation caused by the freeway's initial construction. 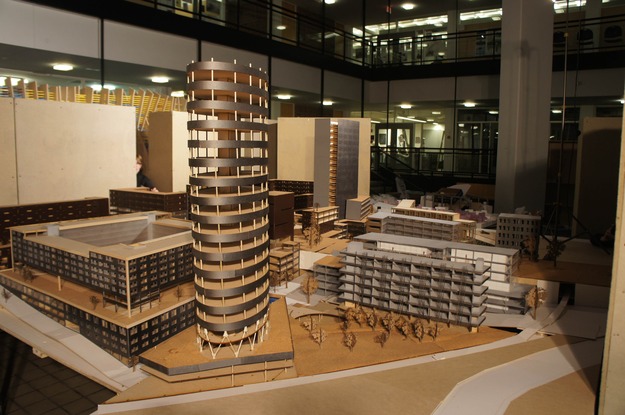 The interim director of the Metropolitan Design center, Mic Johnson, who joined the university students displaying the plans said: "The process demolished hundreds of blocks of real estate, divided neighborhoods and degraded the quality of life for thousands of urban residents, creating enormous amounts of noise and air pollution. The time has come to repair these self-inflicted wounds and stitch our cities back together if we hope to thrive -- socially, environmentally, and economically -- in the 21st Century."   Photos via: University of Minnesota College of Design
Tags: News, I-35W, Local Happenings, Minneapolis, University of Minnesota