Inside the Sci-Fi Convention -- MarsCon 2014

The science fiction and fantasy scene is alive and well in the Twin Cities and its environs. While speculative fiction groups have thrived in the area for decades, the main social events of the year are the local conventions. Television shows sometimes vilify these as places where strangely costumed geeks attempt awkward social interactions, but the reality is that these events draw people from various backgrounds, different genres of “geek,” and different social ability levels. MarsCon held its sixteenth annual convention this past March and celebrated “Time is the Key” as its theme. While some conventions have a focus (gaming or costuming, for example), MarsCon appeals to a diverse group across various fandom genres. A person will find everything from a panel on Star Wars to the oft-forgotten Western genre. I was introduced to MarsCon through friends, who not only attend the annual convention, but are the heads of departments, all staffed by volunteers. While many conventions in the United States, especially the larger ones, are for-profit entities with paid employees, the majority of conventions in Minnesota are entirely volunteer run. The work is hard, but the pay off is immense when the convention is underway. The panels, games, costuming, and parties, amongst other activities, all contribute to a weekend where a person can spend hours discussing the particulars of Moffat’s Doctor Who or show off their Harley Quinn costume they have spent all year sewing. 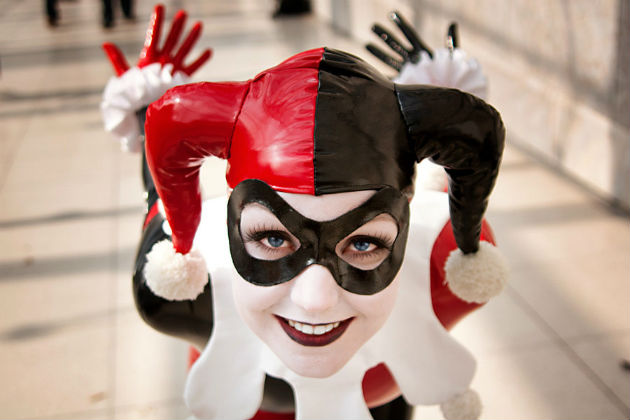 Even if you are new to the “convention-scene,” you will be embraced into the fold by someone willing to show you the ropes. One of the best ways to break the ice is to visit the parties on Friday and Saturday evening. Where else can you get a drink on the USS Enterprise, share blood wine with Klingons, or have tea in the TARDIS? If you are looking for a smaller scale convention, but with many of the amenities offered by larger conventions, such as the local geek extravaganza of the year: CONvergence, you will find MarsCon a great convention for the newcomer or veteran alike. MarsCon 2015 will take place on March 6-8, 2015.   Photos via: Twin Cities Daily Planet -- Deviant Art (Lie-chee)
Tags: Arts/Entertainment, MarsCon 2014