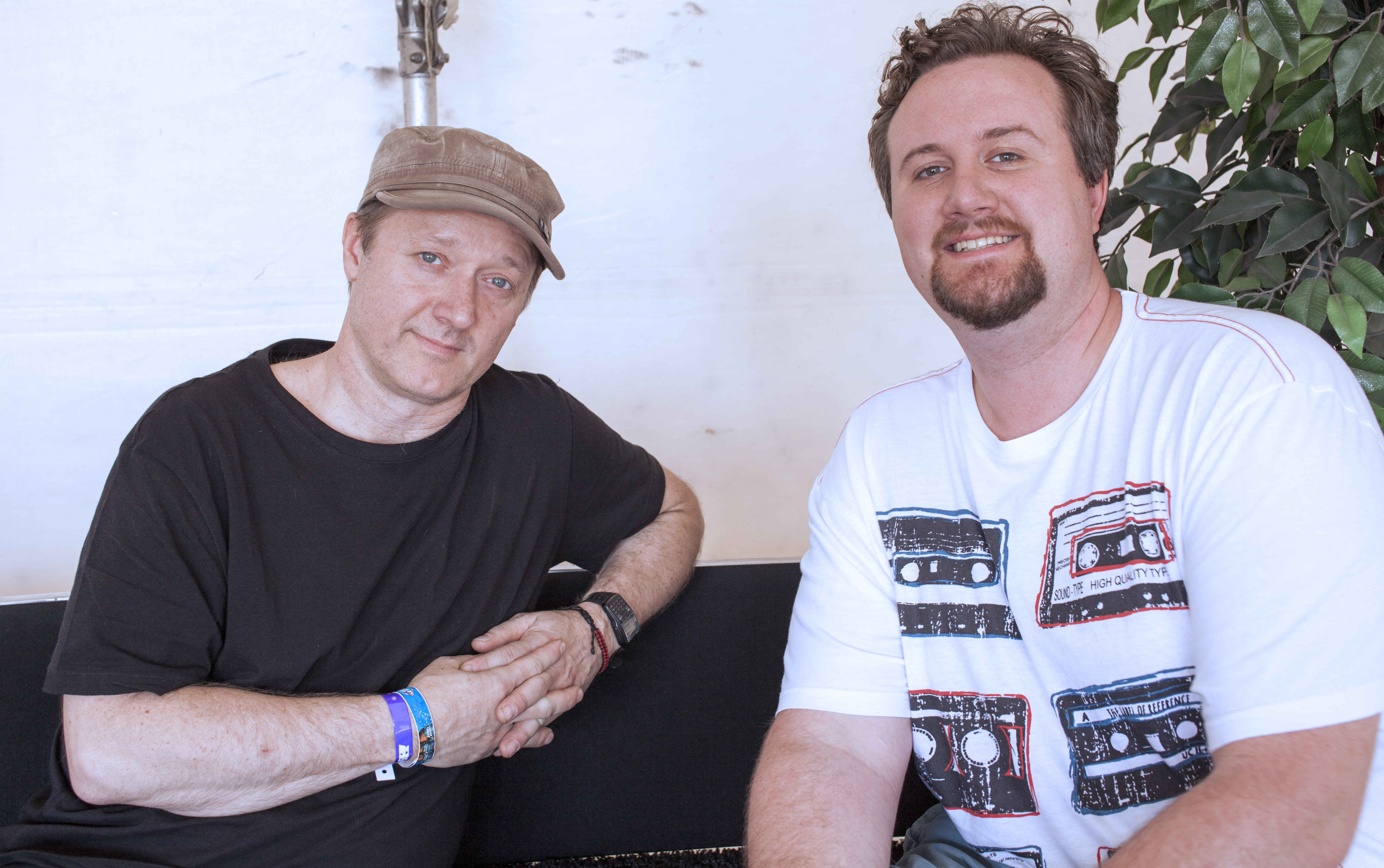 Freddy Fresh (left) and I (Erik Bergs, right) sat down for a chat at Soundset 2014[/caption] At Soundset Minnesota Connected met with local Minnesotan and global superstar Freddy Fresh. His interview was a lot different from the other artists that we spoke with; he happily admitted to being older than the various performers working the concert; but with his advantage in experience and a bit of retrospection, Freddy dropped quite a few jolts of wisdom. 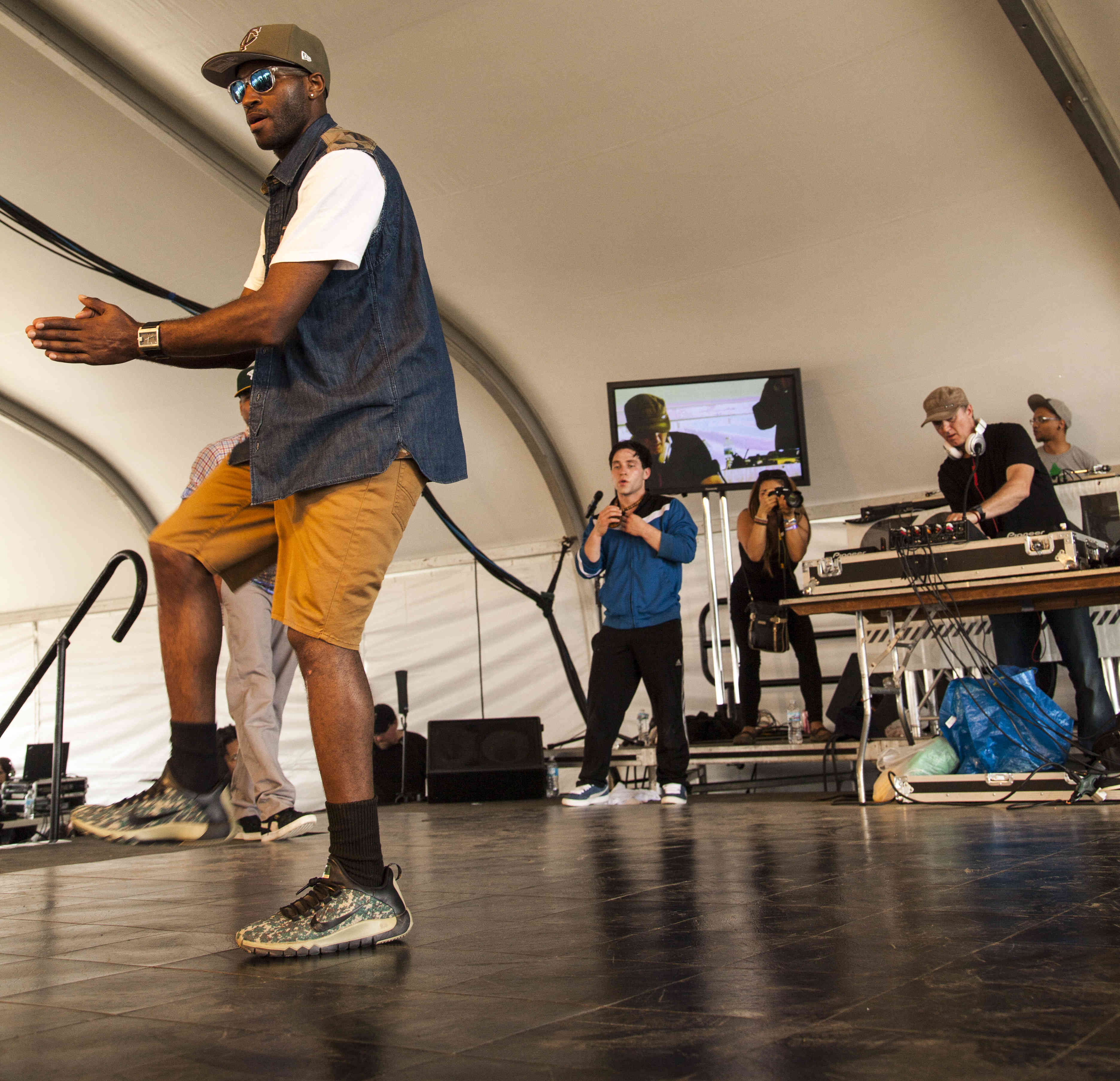 Freddy Fresh and Break Dancing (Match made in heaven)[/caption]

MNC: What's going on with Howlin' Records? What's your involvement, dreams and goals with it? FF: I'm in a blessed position, as I am working with legendary singers/rappers Tanto Metro and Devonte along with Andy Ictus in Jamaica and UK on a song that I honestly feel will have great potential in Europe/UK.  It's Big Beat with the most devastating rap I've heard in 20 years (And I wrote the book on rap records literally). I'm finishing up my new album and I have singers from all over the globe: some quite famous, some unknown.   MNC: Where can you regularly be found performing around town? FF: I DJ regularly at Barrio in Lowertown St. Paul on weekends, the last Saturday of each month I do a Disco night with records at Kitty Cat Klub with the famous King Otto and now I am starting to DJ at Marins on 9th & Hennepin on a monthly basis. I will have updates on Facebook.   MNC: One of the interesting things about DJs is that the average person is often listening to your work during a movie or on TV and they don't even realize it (like the music is creating excitement or emotion for the visuals). Are there any little pieces of yours that we might see on TV or in a movie that you'd like to bring our attention to? FF: Austin Powers  - Goldmember, Fox Network Promos, Jackie Chan's The Tuxedo, Microsoft X-Box games like Project Gotham Racer II, Adidas Commercials, Peugeot, Renault, American Express, Coors, Budweiser, So You Think You Can Dance, some recent programs on MTV and we just did a new Disney Film background tune for a trailer (my artist Rory Hoy) as well as a new Ritz Ad. So, lots of action going on... and stay tuned for more! [caption id="attachment_263286" align="aligncenter" width="550"] 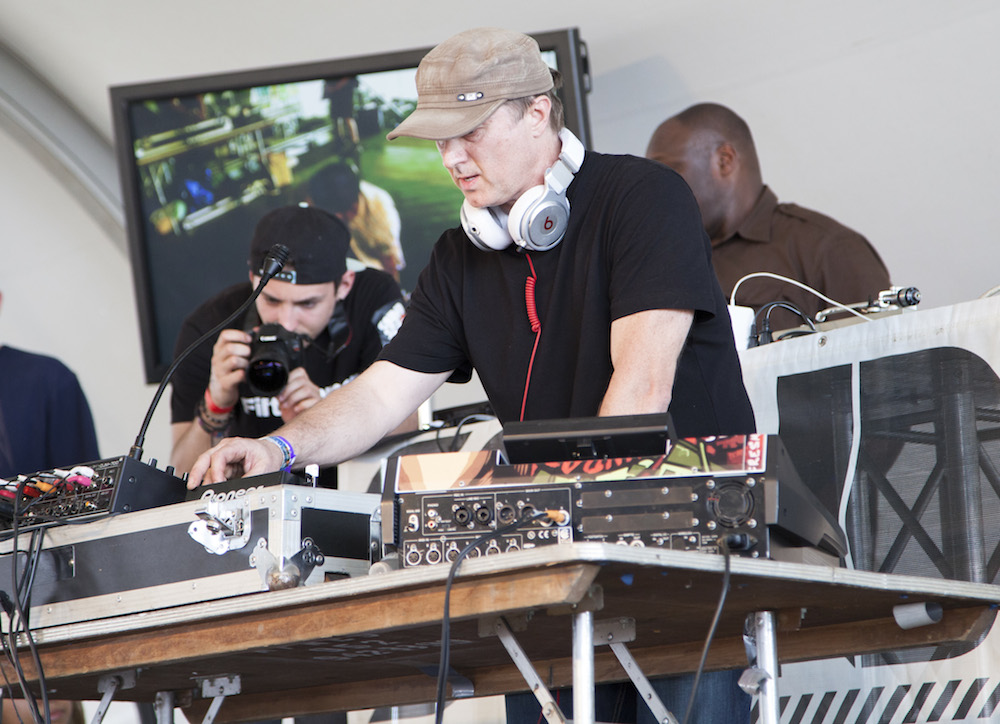 MNC: Ice T or Jadakiss? FF: Ice T MNC: Is life violence and is violence life? FF: Violence is a result of desperation. Life is violent if you put yourself in certain situations. Violence isn’t a very common thing for people living in Minnesota. Minnesotans are quite lucky. Even impoverished people in Minnesota look well off compared to impoverished people elsewhere. Hip hop in the early days lived the violence that was talked about in lyrics. Now the stories are only perpetuated out of tradition because most of the artists aren’t still living in those conditions. There are a lot of talented artists in places where violence might prohibit them from getting to the next level.   MNC: Flobots or the Beatles? FF: The Beatles MNC: What would you think if I sang out of tune? Would you stand up and walk out on me? FF: No I’d stay and wait for you to be in tune. I’d give you the benefit of doubt that your going to be in tune, and I’d support you as a friend.   MNC: Kanye West or Notorious BIG? FF: Notorious BIG by a trillion miles. MNC: What happened to summer time cookouts? FF: They’re still happening.   MNC: DMX, Baha Man or Lauryn Hill? FF: DMX MNC: Where my dogs at? FF: They’re on the prowl.   Find Freddy's music on his website.   Photos by: Alexander Kohnstamm
Tags: Music, Canterbury Park, DJ, Feature Interview, Hip hop, Interview, Minnesota Music, Minnesotan Artist, Shakopee, Soundset 2014