Is it Soda? Or Pop? The Debate, Settled 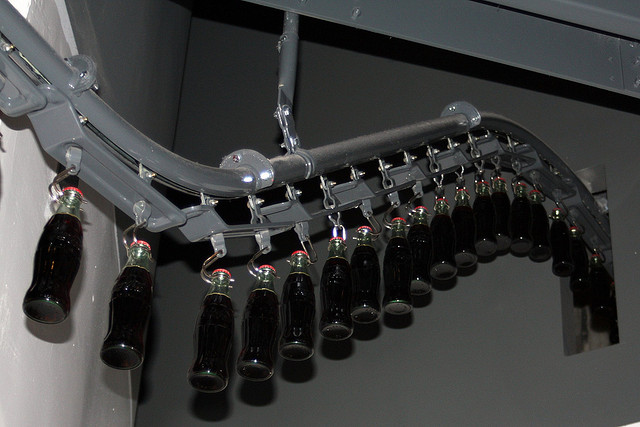 A couple weeks back, a simple post on Minnesota Connected's Facebook timeline spurred quite a debate. It wasn't about marijuana legalization or Obamacare or the minimum wage or any one of the many other political footballs we're used to kicking around lately. This debate was about which term Minnesotans ought to use when referring to sugary-flavored carbonated beverages — this debate was important. Is it pop? Or soda? Or soda pop? Or something else completely? Well, I'm a nerd. And nerds like data. Hence, nerds like me have a tough time letting debates on Facebook carry on too long without an appeal to the evidence. And you know where all the good evidence is, right? Of course you do — it's on the Internet. (Duh.) Here is the map, courtesy of the good folks at East Central University and popvssoda.com (click to "bigify" it):

And here is my quick overview of the data it represents: ? If you're in California or New England, the data indicates you're fine saying soda. ? If you're in Texas, Georgia or anywhere in between, ya'll can call it coke and I reckon no one will miss your meaning. ? If you find yourself in North Carolina, Virginia or New Mexico (among other places), things might get a bit more confusing and you'd be well served to reference the above map to make sure you use the correct term depending on which county you're in. Folks in these fine states seem to call carbonated beverages by different names on a county-by-county basis, and if it's important to you use the accurate nomenclature (i.e. if you are a nerd), check the map. But... When you're in Minnesota — according to the hard data — it's pop. It's aaaallll pop. Here in the land of 10,000 lakes, if you call it soda, you might get a slightly funny look. If you call it coke, you're getting a Coca-Cola©, I guarantee it. Just call it pop, and all of Minnesota* will know exactly what you're talking about. 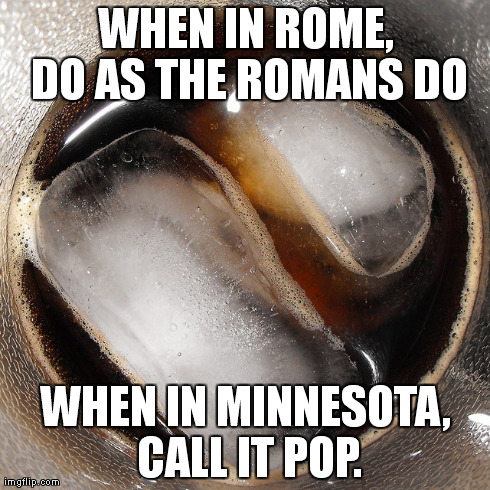 Author's note: *As you can see from the map, the one notable exception to Minnesota's preference for the label "pop" is Lake of the Woods County. My attempt to contact the county office via email was unsuccessful. (Yes, I really did email them.) My hypothesis is that the study failed to accumulate sufficient data from Lake of the Woods County due to it's relatively sparse population (or their unwillingness to reply to emails). Or perhaps the folks up there have been influenced by the Canadians, who refer to pop as "fizzy water."   Images via: Brent Lee — Popvssoda.com — GollyGforce — yaybiscuits123
Tags: Pop, Soda, Soda Pop