Keeping the Recent Cold in Context 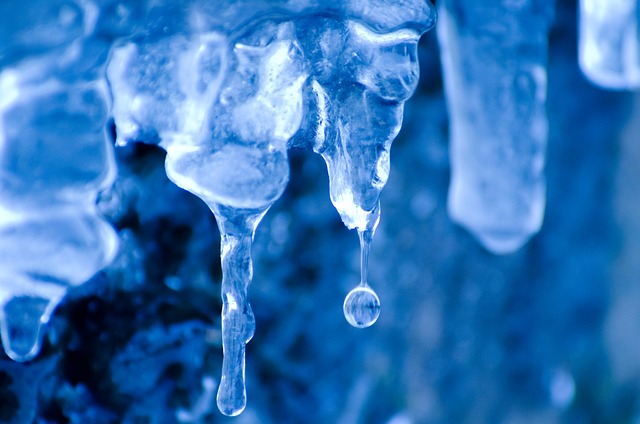 Drifting snow danced upon angry, howling winds as temperatures plummeted quicker than the Minnesota Wild in the NHL standings... Last week reminded us all just how frigid a true Minnesota winter can be. But how bad was it? How does last week's cold snap stack up to the lowest recorded temp in Minnesota history? And how does Minnesota's coldest ever day compare to record low temperatures throughout the rest of the United States? Here are the National Weather Service's recorded daily low temperatures from last week in the Twins Cities:

That's certainly cold in any context, but where do those subzero temps rank among the American COAT (Coldest Of All Time)? Here is a graph displaying the coldest days in U.S. history by state*: (Click to bigify it) 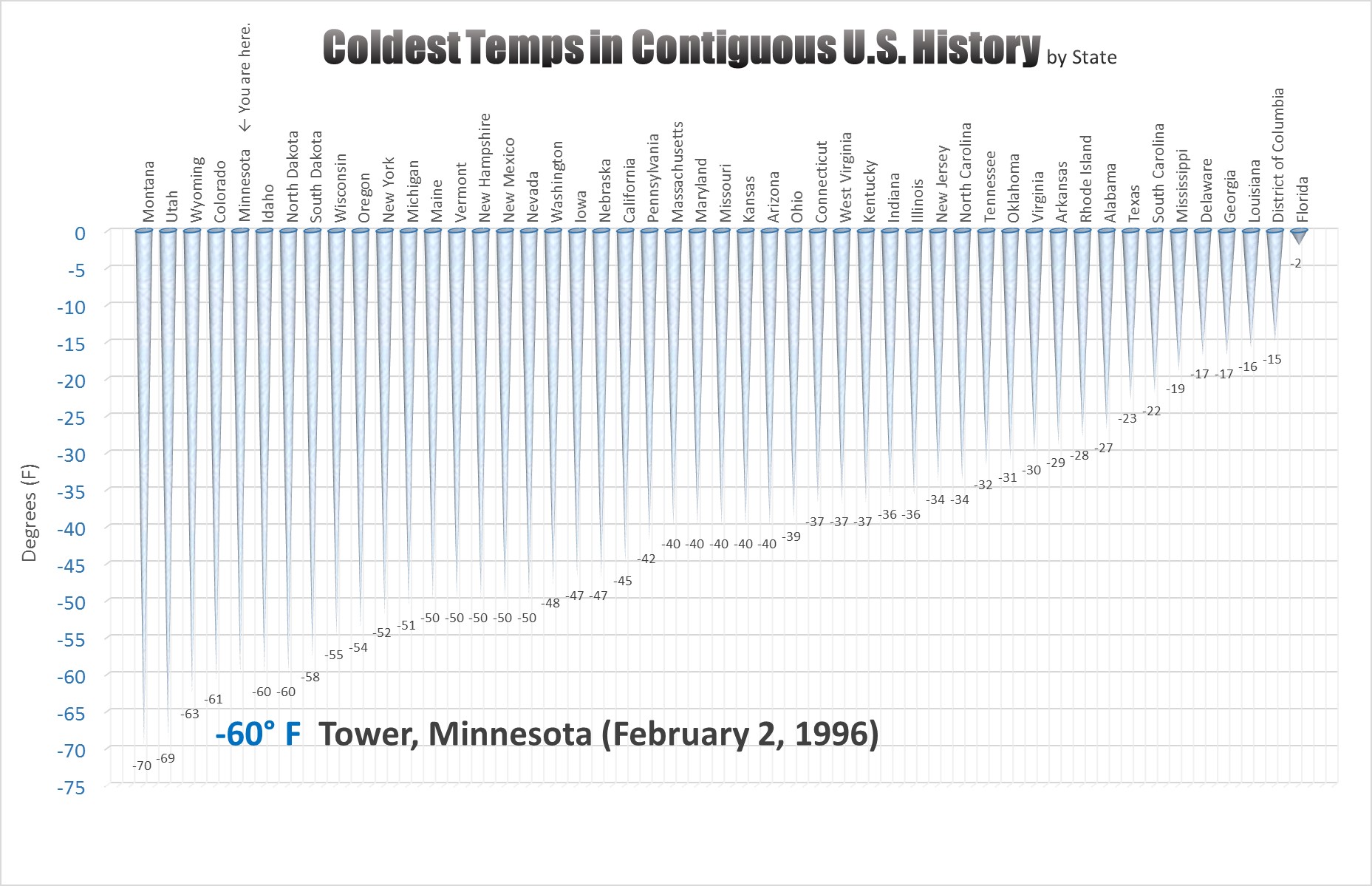 As you can see, Minnesota comes in at #5 overall (tied with Idaho and North Dakota) thanks to the tiny town of Tower falling to -60 F° on February 2 of 1996. According to Wikipedia:

[The -60° F] was the lowest temperature ever recorded in the United States east of the Great Plains. Tower and the Embarrass Valley to the south are the coldest inhabited locations in the Lower 48 states, based on average winter temperatures.

Tower's record low is the coldest temperature measured in the United States since February of 1985 and it makes last week's frigid five-day work week here in Minneapolis and St. Paul seem rather mild in comparison. Despite not breaking any state, national or global records, a viral tweet from @MarsWxReport interestingly pointed out that most of Minnesota (along with much of the Northeastern U.S. and Canada) was colder than Mars during the day on January 8th**. 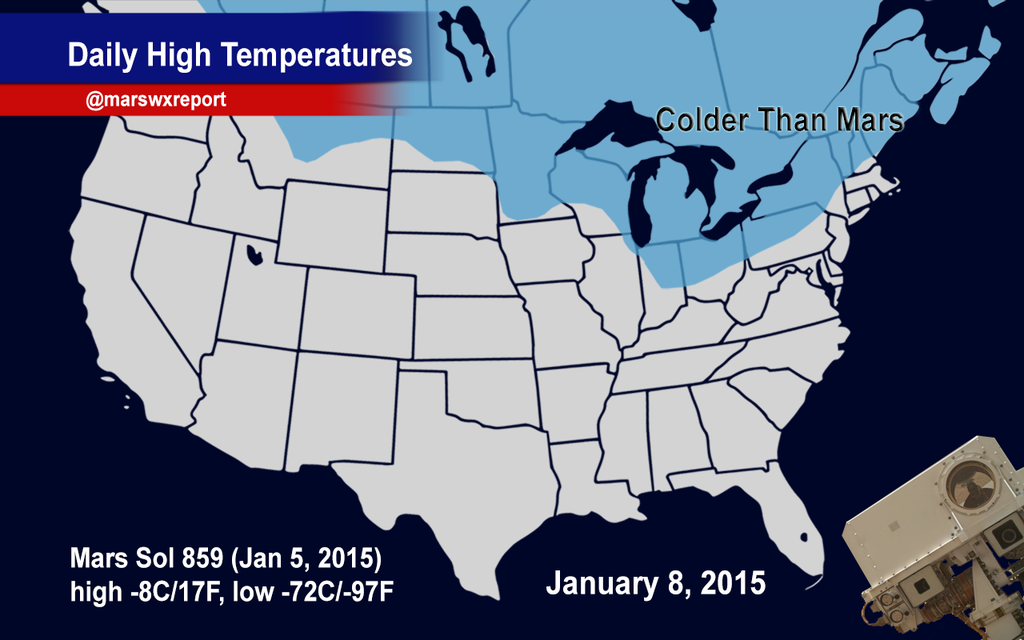 So, technically, I guess you could say our weather last week was cold on an interplanetary level**.    *This graph includes only the 48 contiguous states. Alaska's all time record low? -80° F in 1971. Hawaii? 15° F in 1975. (That's 15 degrees above zero.)  **Though milder than Minnesota during the day on January 8th, Mars dropped to -97° F that night. In fact, Mars can reach temperatures of -243° F at night at its poles, making the coldest day in Tower, MN...or Alaska...or anywhere else on earth feel like Summer in Hawaii in comparison.   Images: Pixabay -- Brent Lee — MarsWxReport
Tags: Cold, Cold Weather, Data Vizualization, Graphs, Mars, Minnesota Weather, Records, Snow, weather