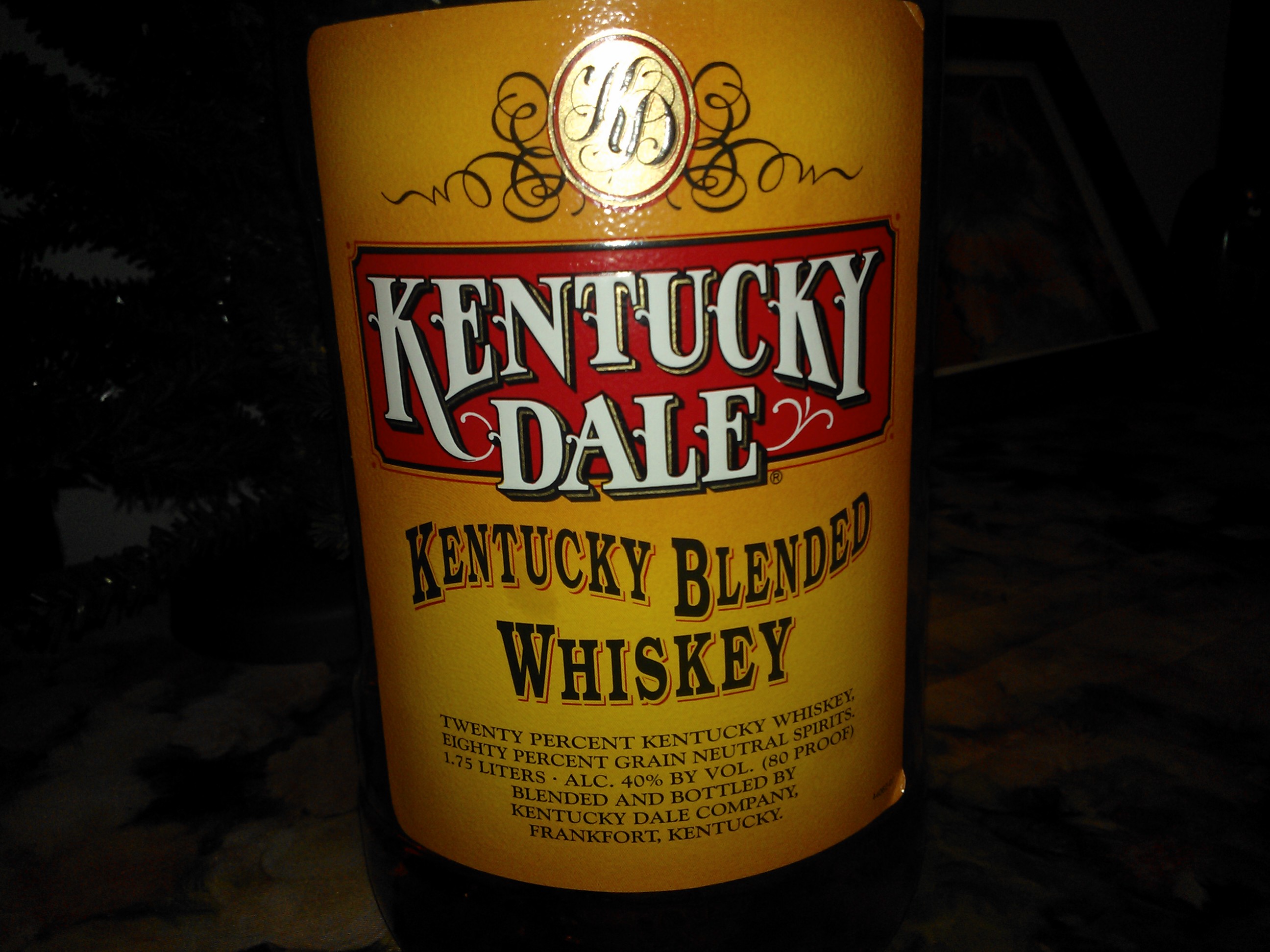 How do you approach the unapproachable? How do you describe the indescribable? How do you comprehend a paradox, hold it in a glass and force it down? I don’t have the answers, but Kentucky Dale might. Cue inspirational John F. Kennedy quote:

You may have seen my complaints about Schell’s use of adjuncts, you might have read my examination of the delicately flavored Dewazakura’s Festival of Stars; but now, I want to look at the other side of the barrel. I want us to comprehend a commodity that lurks in alleyways, dorm rooms, trailer home freezers, beneath teenage laundry and under unseen depths of dive bar shelves. I want to pursue an aromatic liquor reminiscent of paint thinner diluted with rubbing alcohol, an equal opportunity tongue-breaker which, like its resemblant synthetics, can disfigure doodles as easy as showpieces.

Kentucky Dale. The name says it all. When the word "dale" ends a name like "Glendale," "Lyndale" or "Oakdale," it brings certain words to mind: generic, tranquil and vanilla; but, when preceded by "Kentucky," images of Nascar, moonshine and muddin' come to mind. No matter how ornate the letters are crafted the name Kentucky Dale will never sound tasteful. Though Kentucky Dale doesn't appeal to my sophisticated side (if I have one), it certainly has engaged my curiosity. It's a mysterious drink. In a world where mystery is so often brushed aside with a simple Google search, KD can't be found. Don't believe me? Open your search bar, type in "Kentucky Dale Blended Whiskey" and read through the results. Do it. Nothing... except for that Facebook page made by fans. It's supposed to come from Frankfurt, Kentucky, but you won't find it on a map. It's shipped to liquor stores all over the country, yet it seems to be distilled out of thin air. Is it shut down? Did it get bought out? Does a distiller of a larger and better name make it out of their foreshots and feints?  Is it run by some technology hating moonshiner (named Dale) gone legit? We don't know. We may never know. And that's okay. 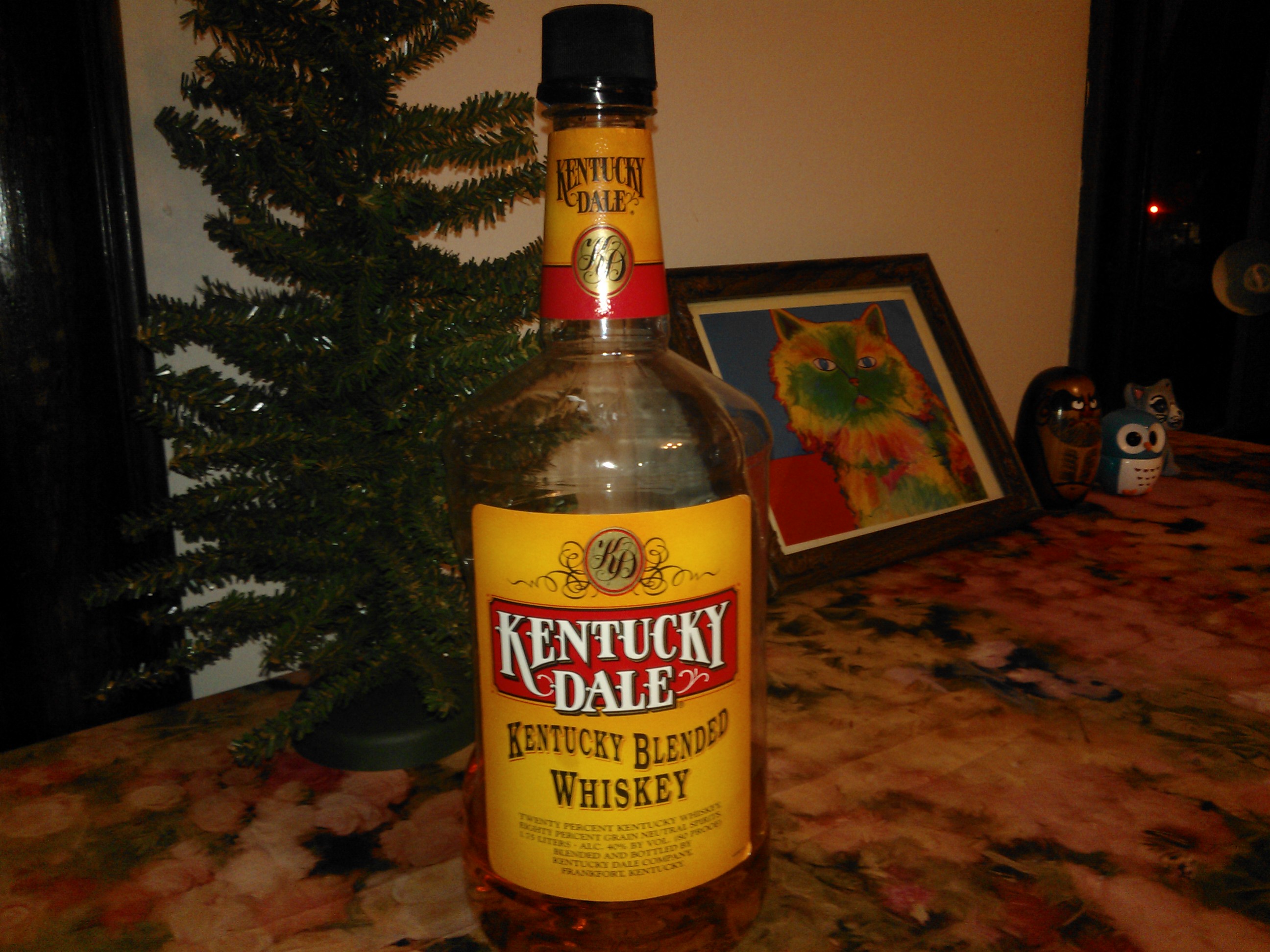 It's cheap. It's cheaper than any "real" whiskey. It's cheap because it is only 20% whiskey and 80% grain neutral spirits. Kentucky Dale can corrupt Dr. Pepper into tasting like cough medicine. It's tough stuff. But I have committed myself into believing that it will improve one's constitution (what doesn't kill you makes you stronger, right?). It's also the type of hard liquor that gives perspective. It makes one cherish all of the wonderful things brewed and distilled in this world that much more.

This is one of the other fascinating aspects of KD. Technically it falls in a category known as "blended whiskey." Is a chicken-nugget "chicken" if only one fifth of its weight is chicken? Is maple syrup really maple syrup if just a fraction of its volume was tapped from a tree? These are some of the profound questions of our age. One of the reasons I have been looking to contact KD (whoever he is) stems from the fact that I have a slogan I want to propose relating to this issue:

I think this honest yet affirming way of branding helps to engage the many fears and hesitations of customers who are holding a plastic bottle of cheap liquor. My fiancee Miranda, who is a lovely artist, helped to capture my thoughts in the best Valentine's Day present I've ever received. This might be the very first form of "Kentucky Dale Art" to be brought into the world. 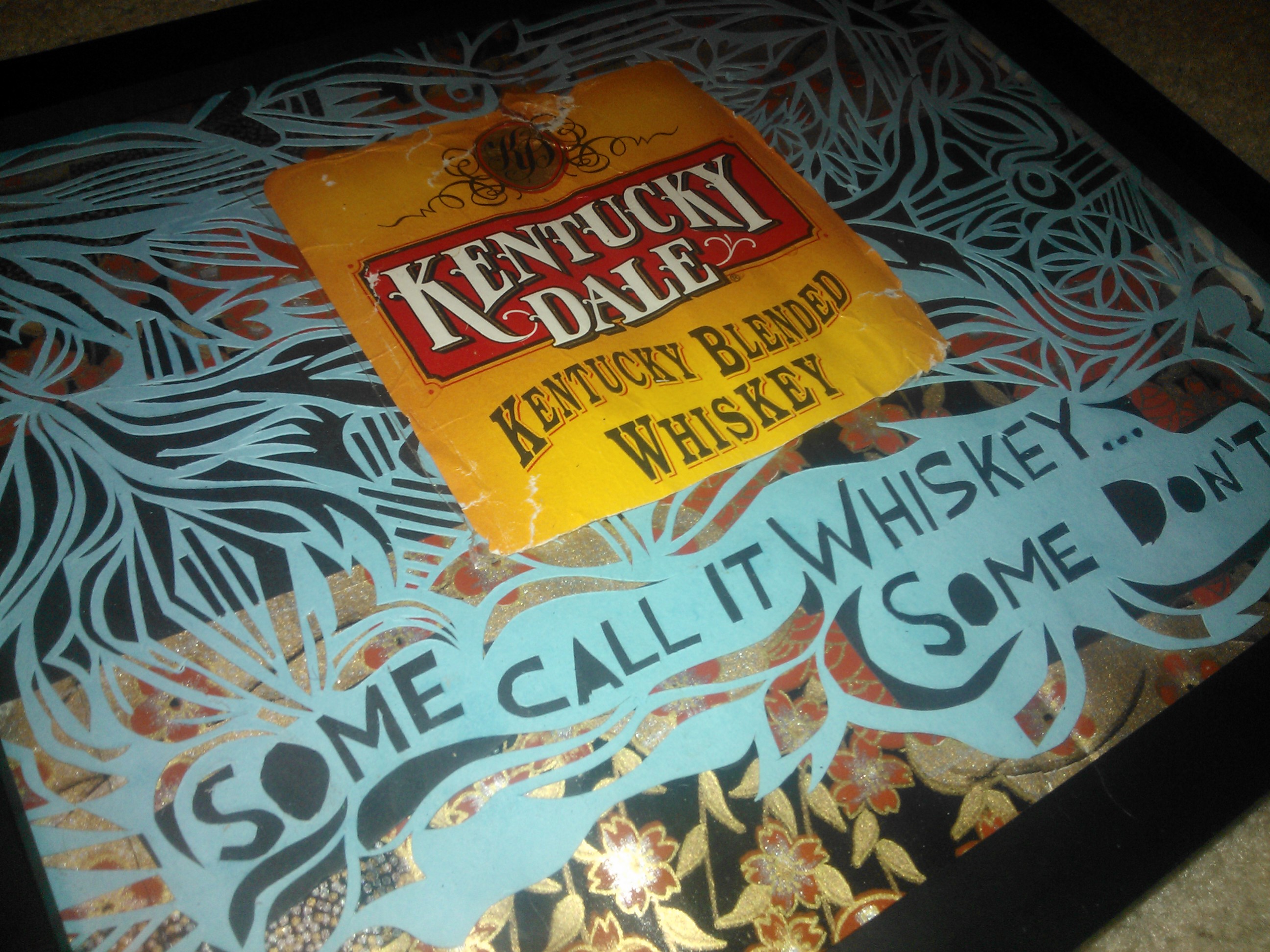 How Can Kentucky Dale Influence Your Life?

For me, the process of consuming the entire bottle took well over two months of arduous commitment. It was difficult to drink, the intoxication phase was tiring and the mornings after each session were distinctly rough. KD hasn't been a major influence in my life, I likely won't buy it again but I still want to encourage everyone to try it themselves. The rewards will of course vary.   Photos by: Erik Bergs
Tags: Lifestyle, alcohol, Food, humor, Kentucky Dale Blended Whiskey, liquor, whiskey