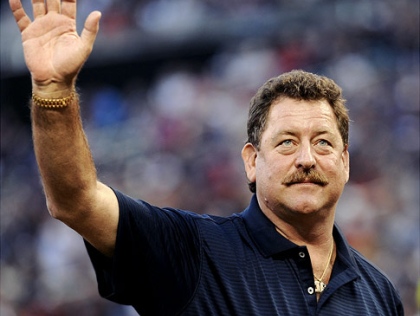 Frank Viola, MVP of the 1987 World Series and 1988 AL Cy Young Award winner, will have open heart surgery next Wednesday. He has served as the New York Mets Triple A pitching coach for the past three seasons, but will be taking the entire 2014 season off as he recovers from surgery. The heart ailment was discovered during a routine spring training physical all players and coaches receive. The specific heart issue the 53-year-old Viola has not been released, but it was severe enough that doctors said it needed to be corrected as soon as possible. Frankie "Sweet Music" Viola is a member of the Twins Hall of Fame and took the mound in Game 1, 4 and 7 of the 1987 World Series. In his early years with the Twins he would often stare down teammates from the mound after they committed an error -- but he matured, to  become a fixture in the Twins' rotation. He won Game 7 of the 1987 World Series, and his Cy Young season of 1988 is one of the finest in team history. That season he won 24 games and boasted the lowest ERA of his career at 2.54. During his eight years with Minnesota, Viola pitched 1,772 innings or 221 innings per season… the definition of a staff ace. Frank Viola did have connections to the Twins' 1991 championship team as well. His trade in 1989 to the Mets brought Kevin Tapani and David West to Minnesota, both of whom were key members of the 1991 team. Twins fans' thoughts and prayers go out to the Viola family during his time of recovery.
Tags: Frank Viola, Minnesota Twins, Sports