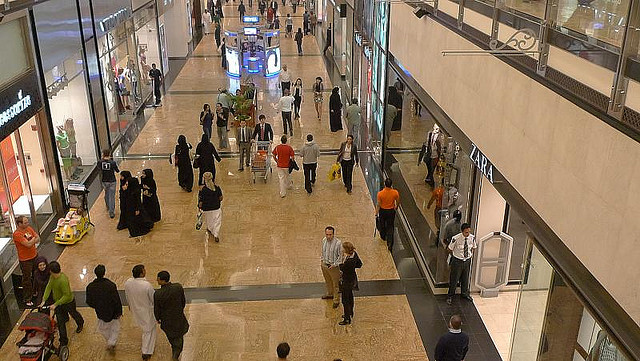 The Mall of the Emirates, existing mega-mall in the United Arab Emirates - Peijian Huang[/caption] Minnesota invented the indoor mall concept out of necessity. Then we built the Mall of America for the sake of tourism. But sometimes a good idea can get a little warped when others try to copy it. Take the King of Prussia Mall for example, it's just a commercial space that kept getting added onto; its two separate hubs are currently being connected so it can all be under one roof (and for a brief moment be bigger than the MOA, before Phase II of course). The West Edmonton Mall is the biggest in North America, yet receives almost 10 million less visitors per year than our Minnesota landmark. Worst of all, the New South China Mall (world's largest mall until presumably the MOA's doubling expansion) of Dongguan, which after being mostly vacant for a decade, has only recently shown signs of life. Despite these odd and rather failed attempts to surpass Minnesota ingenuity, plans for an eclipsing edifice of epic proportions has stepped onto the scene. The United Arab Emirates was once was a sparsely populated slice of desert; that was fifty years ago. Since then an almost egregious influx of oil money has grown its population, wealth and aspirations. Cheap foreign labor (from other parts of the Middle East) has allowed for semi-surreal construction projects in the country, including the Burj Khalifa (the tallest building in the world). This week the UAE's most prized city, Dubai (and the company Dubai Holding), released plans to make an indoor mall, the 'Mall of the World,' that would seek to dwarf all other contenders. Even with a doubling of retail square footage in our Mall of America and the sum of its various planned phases, it would fall well short of the 8 million sq. feet emerging within the Dubai behemoth. Dubai Holding, the company behind the project, hopes to keep the tourist momentum going for their city; they hope to make Dubai into a cultural and economic hub for the 2 billion people living in that region of the world. By contrast the bulk of visitors to the Mall of America come from the US and Canada, who don't even have a combined half a billion people to their name. Here's the Mall of the World's conceptual video: Excited? I might just wait for some country to build a 'Mall of the Universe' before heading to the airport; for the time being I'll be happy enough to stay on for the final stop of the blue line.   Photo by: Peijian Huang
Tags: Bloomington, Dubai, Mall of America, News, Shopping