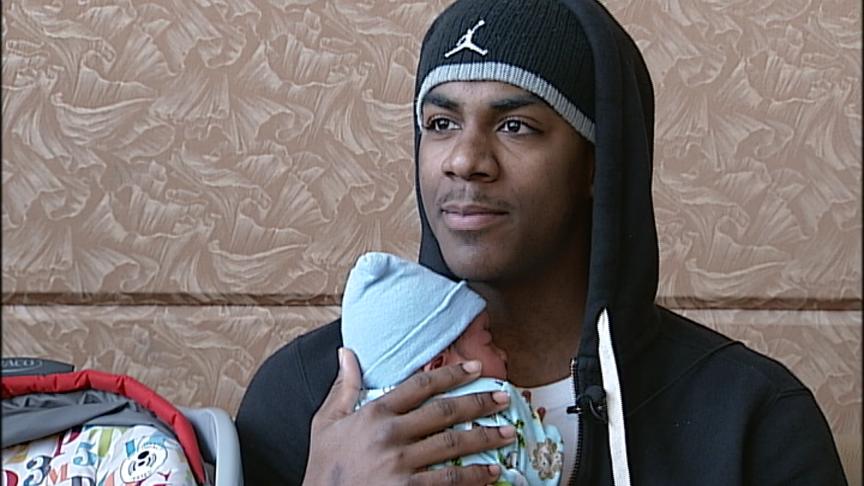 A teenage guy was racing down the street. He was manically driving his girlfriend to hospital because she was in labor. It was the wee hours of the morning, and he was speeding. But "fortunately," he had got his emergency flashers on. Naturally this attrached the attention of the Pleasant Hills cops, who pulled him over. Maceo Saunders, the soon-to-be father, asked the policeman for an escort, but because of protocol, the cop ran his records. That's when a few red flags came up: one a suspended license, the other an assault charge. The officer arrested Saunders and sent his girlfriend along in an ambulance. Saunders managed to miss the birth of his son because he was fresh into jail. The charges were valid, as police in Washington, PA, had in fact charged him with aggravated assault. Allegedly, he had beaten two men and a woman with a pool cue, breaking victims' vertebrae in the process. That was back in August. Saunders was held overnight at Allegheny County Jail, then transferred the next day to Washington County, due to his outstanding warrant. Tuesday he was released on $5,ooo bail bond -- then he finally got to see his newborn son. The new mother admits she was opposed to Saunders driving in the first place -- she knew he was not fit to drive. While police likely wanted to look the other way for the impending child, authorities can't let someone get away when a violent outstanding warrant is in question, no matter the circumstances.   Photo via: wpxi.com
Tags: Maceo Saunders, News