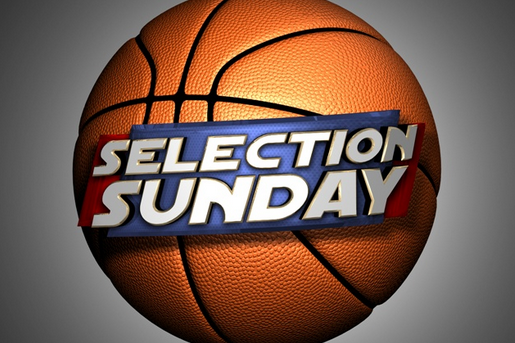 It’s 9:46 in the morning of Friday the 14th (phew) and there’s going to be 14 conference title games tomorrow, and five more on Sunday. There’s a whole lot of ground to cover here, so for the three people who are going to read this (my parents and Matthew Deery), let me try to give a little something for each of ‘em. I can’t provide the game times and TV channels for all of them, but hopefully it will be enough to get you properly jazzed for the Christmas Eve Day of the college basketball season -- Selection Sunday. When the big, beautiful bracket is unveiled to the world! Let's get started...

The Houston Cougars upset of Larry Brown’s Southern Methodist Mustangs last night poses a potential bid-stealer in the AAC tourney. #1) Any potential bid-stealing is very bad for the Gophers, as heading into today’s action, our home state team is sitting precariously as the first team “Out” below the bubble cut-line. #2) I’ve seen the Cougars play this season, and they are remarkably bad. Like, throwing passes out of bounds where no teammate are in the vicinity, bad. So hopefully the defending National Champion Louisville Cardinals will put an end to Houston’s run on Saturday at 6:00 pm on ESPN2. 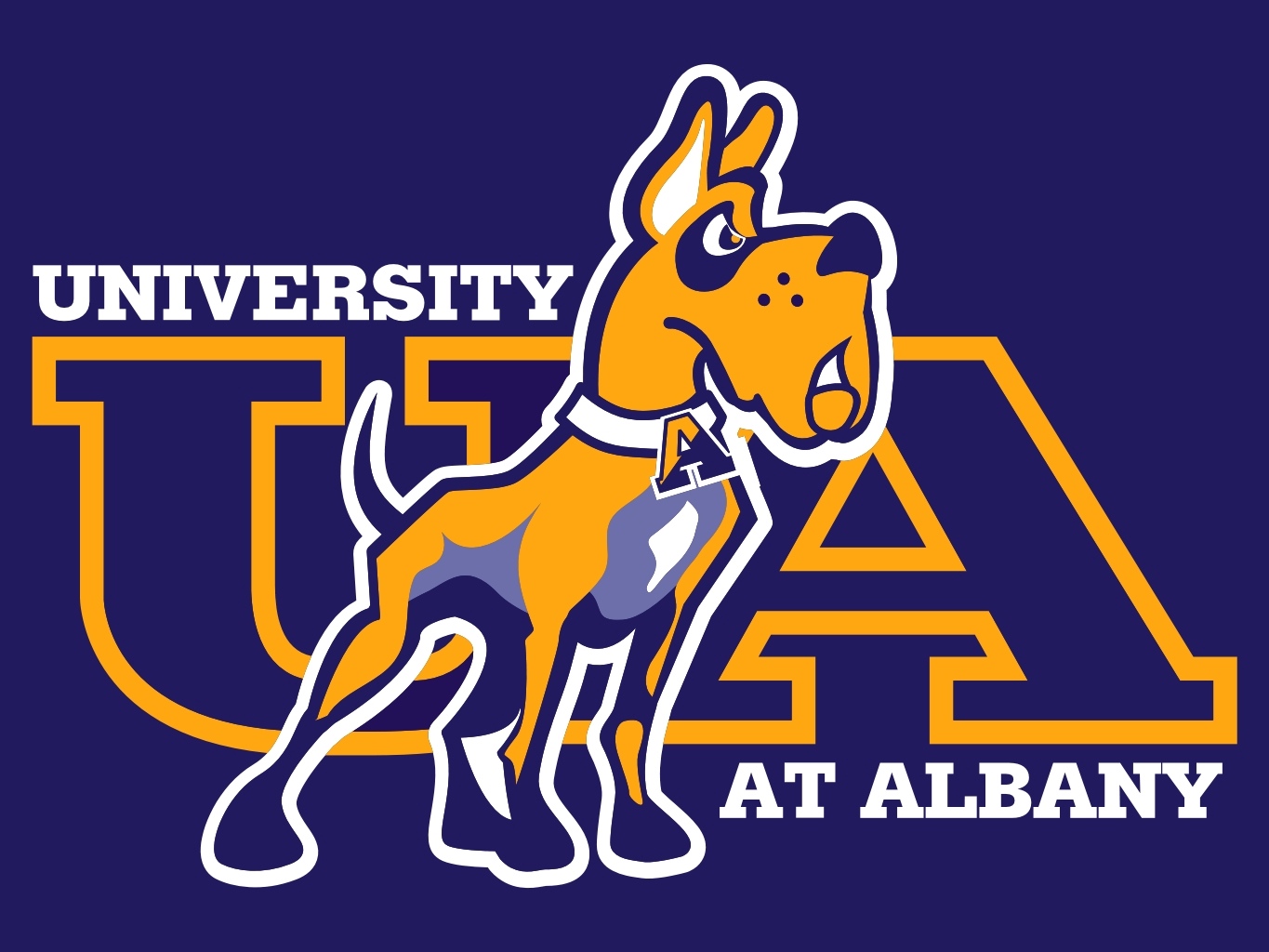 2) Stony Brook Seawolves vs. 4) Albany Great Danes Back in 2005, when the 14-seed Vermont Catamounts defeated the 3-seed Syracuse Orange in the first round of the NCAA Tournament… I was the guy that had that picked on my bracket. It was the single greatest day of my life ever, and Vermont earned the Lifetime Love Award from me that day. I remember it like it was yesterday. I was an anxiety-ridden mess as I watched the game with some friends in my buddy's apartment back when we lived in the same apartment building on 26th and Hennepin, overlooking Chipolte (where many burritos where consumed by us back in those days). But Vermont’s magic isn’t limited to that “one shining moment.” It’s Christmas every day in Vermont, you see. The rivers are made out of maple syrup and the street posts are made out of candy canes. Nothing sinister ever happens in Vermont. Only magic happens there (I’ve never been to Vermont, mind you, but it’s pretty obvious to me that all of the above is all true). As such, when I learned the 1-seed Catamounts had fallen to Albany in the America East semis, it broke my heart far too unspeakably much to even speak about this Stony Brook/Albany Final. Still, though – I will be kicking off my day tomorrow by watching it at 10:30 am on ESPN2.

My rooting interests in the Big 12 remains exactly the same every year: #1) Anybody but Kansas. #2) I’m always a Baylor man! Both are still alive in the Big 12 semi-finals, btw, and they could very well meet in the Final.

As I’ve touched on before, the break-up of the “Old” Big East that happened after last season is, in my opinion, the single worst thing that has ever happened to college basketball. As such, in the remains of the “New” Big East, the Providence Friars are just about the only team I care about anymore (save for Creighton, of course). Like the Gophers, the Friars are sitting squarely on the bubble cut-line. As of this (Friday) morning, they are the "last team in," whereas we (Gophs) are the "first team out." It’s coming right down to the wire and I want both of us to get in!

I mean, I’m not gonna sit here and root against UND who... apparently doesn’t have a team name anymore?!?! Well, they formerly were known as the Fighting Sioux, so I guess that stands to reason. But, I mean, what? Just haven’t picked anything new yet?! Could there possibly be a team in the NCAA Tournament that doesn’t even have a mascot?! MADNESS! P.S. I’ve partied many a time in Grand Forks, North Dakota. I love that town!

Speaking of team names… best one in Big West, you ask? I’m afraid that would have to be the UC-Irvine Anteaters. It’s been my lifelong dream to see the Anteaters in the Big Dance -- and this year they are the #1 seed in the Big West tourney. The dream is finally alive!

I’ve been following the exploits of the Middle Tennessee Blue Raiders for years while never once being able to actually watch them with my eyes on the television. Prior to this year, they were mired in the Sun Belt Conference which stubbornly and stupidly refused to participate in the Bracket Busters event which was specifically devised to give the good teams from the mid-major conferences some TV exposure to the national audience. And while the Blue Raiders had been, by far, the best team in the Sun Belt for the past handful of years, they have somehow found heartbreak in the conference tournament every year, and thus, have never made it to the Dance. This year, they’re the 3-seed in the C-USA tourney and they’ve made it to the semis. Keep going, Middle Tennessee!

The MAC really could have used the Bracket Busters event this year -- they canceled that event forever this year, on account of evil always prevailing. As is the case, I pretty much got nothing for the MAC. I think the Toledo Rockets are supposed to be pretty good…?

I only have one thing to say about (to) the MEAC’s and SWAC’s of the world. Conference tournament title games are guaranteed TV/national audience exposure. There are 14 such games on Saturday. There are NEVER any such games on the Thursday and Friday nights proceeding this Saturday. Perhaps, you might want to consider scheduling your tournament a day or two earlier so that your two best teams could be the only show in town on one of those two nights? I know, I know – I’m mentally insane.

The mighty Mountain West is a two-horse race this year between the San Diego State Aztecs and New Mexico Lobos. Should either of their semi-final opponents (UNLV and Boise State) somehow get through one or both of them and win the MWC tourney… a NCAA Tournament bid will officially have been stolen. In my best Gandolf voice: "We cannot let that happen!"

Much like Baylor in the Big 12, I’m an Oregon man in the Pac-12. But unlike Kansas in the Big 12, I don’t hate a single team in the Pac-12. Pac-12 ball rules! I’m also pretty big on Arizona State, as they are the hometown team for two of my three readers. Both the Ducks and Sun Devils bowed out in the Pac-12 quarters, but they should be somewhat fairly safely locked into the Dance by now. And you’ve heard of the Arizona Wildcats.

And it is here, dear friends… wherein lies the little secret thing that I have been hesitant in my bracket heart to even share with you. Stephin F. Austin Lumberjacks In my best Gandolf voice: "Keep it secret; keep it safe!"

The WAC really could have used the Bracket Busters event this year.

At 1:30 on Sunday, the Dayton Flyers and Saint Joseph’s Hawks are squaring off in the A-10 quarterfinal. This game is of special importance to Gophers fans, because Dayton and St. Joes are both sitting on the “last four in” bubble line, directly above ole Goldie. At the very least, we need to climb above the loser of this game and get on the line above the cut. As for the rest of the A-10…

I feel exactly the same way about the Virginia Cavaliers this year as I felt about New Mexico last year and Missouri two years ago. Which is to say: I’m sweet on them as a dark horse (non 1-seed) to go very deep into the tourney. Last year, I took 3-seed New Mexico to the Final Four. They promptly lost to Harvard in the 1st round of the tournament. Two years ago, I had 2-seed Missouri as my national champion, cutting down the nets at the end. Norfolk State beat Missouri that year… in the VERY FIRST GAME of the tournament! Translation: When you get your bracket printed out at the office next Monday… avoid Virginia like the BLACK PLAGUE.

I have the same structure of rooting interests for the SEC as I do for the Big 12 every year: anybody but Kentucky. I hate Kentucky’s head coach John Calipari more than I hate all of Duke Basketball, and just slightly less than the New York Yankees. But enough hatred! There’s always lots to love in the SEC, but this was decidedly a down year for the power conference, and it may only send two teams to the Dance this year. Speaking of, a teary farewell to the Hogs (Arkansas Razorbacks) who lost last night to South Carolina (second-to-worst team in the SEC this year) in the round before the quarterfinals in the SEC tourney. And that’s the sound of a bubble going “pop!”

You have got… to get a grip, Sun Belt Conference. Concluding your tournament on Selection Sunday with the big dogs? That’s rich. Also: (See MEAC)

The Gophers are playing Wisconsin in the second round of the B1G tourney at 5:30 pm tonight on the Big Ten Network, and most likely, by the time anyone reads this the game will have happened. But here’s the long and the short of it: If we (Gophers) won that game… put your dancin’ shoes on, Minnesota! Mission accomplished. It would be good to win that next game, too, though – just for safety sakes! If we (Goldie) lost that game… we’re most likely not going to the tournament this year. I would say that we’d definitely be out, but the Bubble has a slippery slope with lots of ins and outs! Depending on how other bubble teams fare in the next two days, even with a loss in tonight’s game, we could end up sneaking through the backdoor on Selection Sunday. Which, of course, would absolutely be typical Minnesota sports fashion. Personally, I’d rather just beat Wisconsin tonight.   Photos via: Google
Tags: Mid-Major Jones, NCAA Basketball