Minneapolis One of the "Most Miserable Sports Cities" 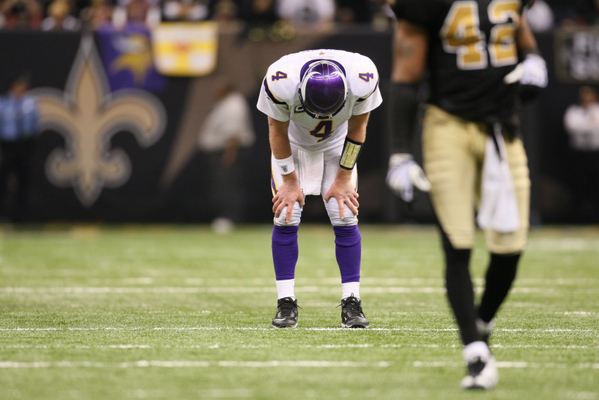 Just in case you've managed to block out the disappointment brought on by our Minnesota sports teams, Forbes has given us a not so friendly reminder. It has ranked Minneapolis No. 9 in its list of the top ten Most Miserable Sports Cities.

The list was searching for a very specific kind of misery. While they acknowledge losing a lot definitely disappoints fans, they focused on the teases, the teams that go far before they fail. The fans experience just enough wins and success to get their hopes up, and then feel stomped on when their team loses in the critical moments of playoffs and championships. The list was compiled based on postseason records (the longer you last, the more points you get), number of championships per season and the length of championship droughts. The ranking is based off the NBA, NFL, MLB and NHL teams in the city. The cities had to have 75 cumulative seasons between these four. For Minneapolis, the survey looked at the Vikings, Twins, Wild, Timberwolves, Lakers and North Stars. Between the six teams, the Minneapolis championship record is 7-8 while the semifinal record is 12-18. In the 184 seasons that these six teams have played in, there have been only seven championship wins (with five of those championships being before 1955 with the Minneapolis Lakers). The last one was in 1991 (unfortunately the Lynx weren't apart of the survey). With all the heartbreak for Minnesota fans in the past 25+ years, No. 9 seems way too low on this list -- unless you're 70+ years old, you don't remember any championships besides the Twins winning in 1987 and 1991. Those two have been the only hardware taken home in the past 60-ish years -- and with the die-hard sports fans who live in this state, No. 9 is definitely too low on this list.   Photo via: Google
Tags: Forbes, Lakers, Minnesota Timberwolves, Minnesota Twins, Minnesota Vikings, Minnesota Wild, Most Miserable Sports Cities, News, North Stars, Sports