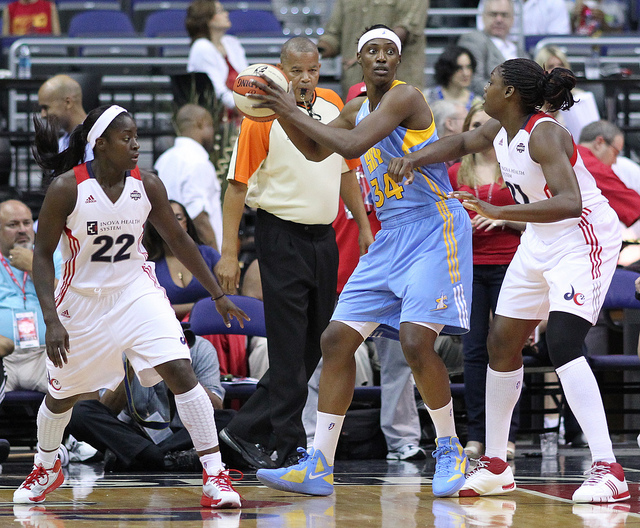 The two major league basketball teams in the state of Minnesota have both recently made moves to bolster their respective rosters. The Timberwolves and its sister club, the Lynx both acquired new players, hoping to provide both leadership and statistical improvement. The Wolves made the signing of 39-year-old point guard Andre Miller official Aug. 3, a move that is much more likely to bring poise and leadership to the backcourt behind Ricky Rubio and Zach LaVine than outright production. He looks to be the guard equivalent of KG's frontcourt mentorship and sherpa role. The 1999 first-round pick will be joining his eighth team in his 16-year career and has been considered a great teammate during his run in the NBA. The Lynx made two trades in the past few weeks. The first trade sent Monica Wright to Seattle for 2009 Lynx first-round pick Renee Montgomery and a 2016 second-round pick. The 5-foot-7 guard has averaged 7.1 points, 3.2 assists and 1.8 rebounds on the season. The second trade (July 27) brought Lynx' star Seimone Augstus' former LSU teammate Sylvia Fowles to Minnesota for a 2016 first-round pick while also sending Damiris Dantas and Reshanda Gray to Atlanta. The 6-foot-6 center will add an inside presence that will help fill in for Janel McCarville's absence this season. Fowles had reportedly requested a trade to leave her only WNBA home. She has averaged 12.5 points and 5.5 rebounds in 23.5 minutes during her four games with the team. The moves all seem to point toward progress as the Lynx lead the Western Conference with a 15-6 record, while the NBA season typically begins at the end of October.   Image Source:  Keith Allison
Tags: Basketball, Minnesota Lynx, minnesota sports, Minnesota Timberwolves