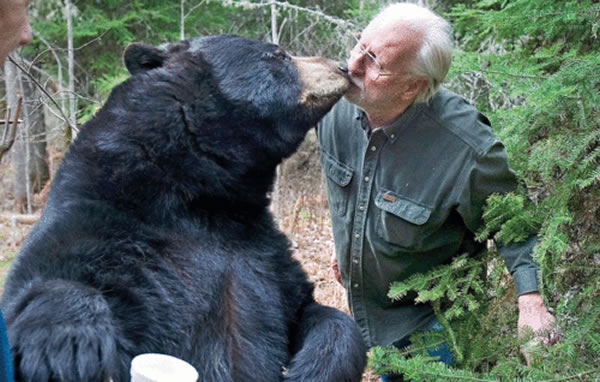 Lynn Rogers is a bear man. He has spent a lifetime studying the animals. He has broadcast their habits to millions via the Internet. He has even hand-fed them. And now, Rogers finds himself inside a St. Paul courtroom because of bears. In an attempt to regain his permit to conduct what some consider to be controversial research on northern Minnesota bears, Rogers and his opponents are presenting their case in front of an administrative judge for the next several weeks. Via: BringMeTheNews.com:

The courtroom action is part of a settlement in the lawsuit Rogers filed last year after the Department of Natural Resources declined to renew his research permit. Under the same settlement agreement that referred the matter to the administrative law judge, Rogers was allowed to leave his devices on bears that had been collared and agreed to stop Internet broadcasts from the dens of bears. Rogers, who heads the North American Bear Center in Ely, has become a celebrity of sorts for research methods that include hand feeding of bears. And with fame come the critics. Opponents, including the DNR, maintain the feeding has caused the bears to see humans as a source of food. In turn, this puts the public at risk, the agency claims. The DNR also argues that Rogers has failed to publish enough scientific research to justify his permit. The Pioneer Press reports Rogers’ attorney stating the DNR is bent on tearing down his client in retribution over past disagreements. He also argues Rogers does not need the DNR’s permission to put radio collars on bears. 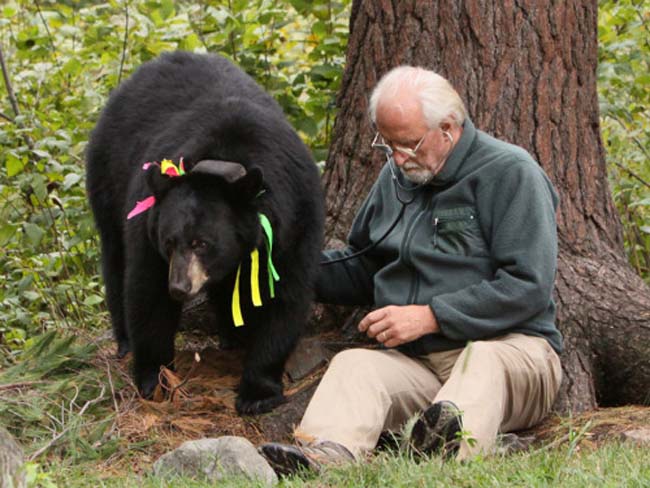 During her testimony Monday, Feb. 24, Shelley Beyer said her family's summer cabin near Ely is no longer safe because of Rogers and the bears he collars for research. Beyer said the animals come too close, too often. She described scenes where bears approached her young children and showed little to no fear. It wasn't until Beyer prodded the bears with brooms, and on one occasion, rammed a bear with a wheelbarrow, that the animals would leave. Rogers maintains that he does not control a bear's behavior. He also says bears in Beyer's neighborhood have been fed by humans for decades. That, he explained, is why he chose to do his research in that particular area. Additional testimony regarding this case is expected to last through next week. The hearings are open to the public. They are expected to take place from 9 am to 5 pm February 24 - 28 and March 3 - 5.  They are being held in the Skjestad Room on the second floor of the Office of Administrative Hearings at 600 North Robert Street in St Paul.   Photos via: Google and Wildlife Research Institute
Tags: Bears, DNR, Lynn Rogers, Minnesota