Posted by Brent Lee on Wednesday, March 4, 2015 at 12:00 AM By Brent Lee / March 4, 2015 Comment
The State of Hockey will crown its high school champions this Saturday night at the Xcel Energy Center in St. Paul. Two teams — one from Class A and one from Class AA — will emerge from the 8-team brackets victorious, entering the history books as the 2015 titleholders in Minnesota's favorite winter sport. Here is a graphic showing the schools who've won the most state boys' hockey championships in Minnesota history (Click to Enlarge): 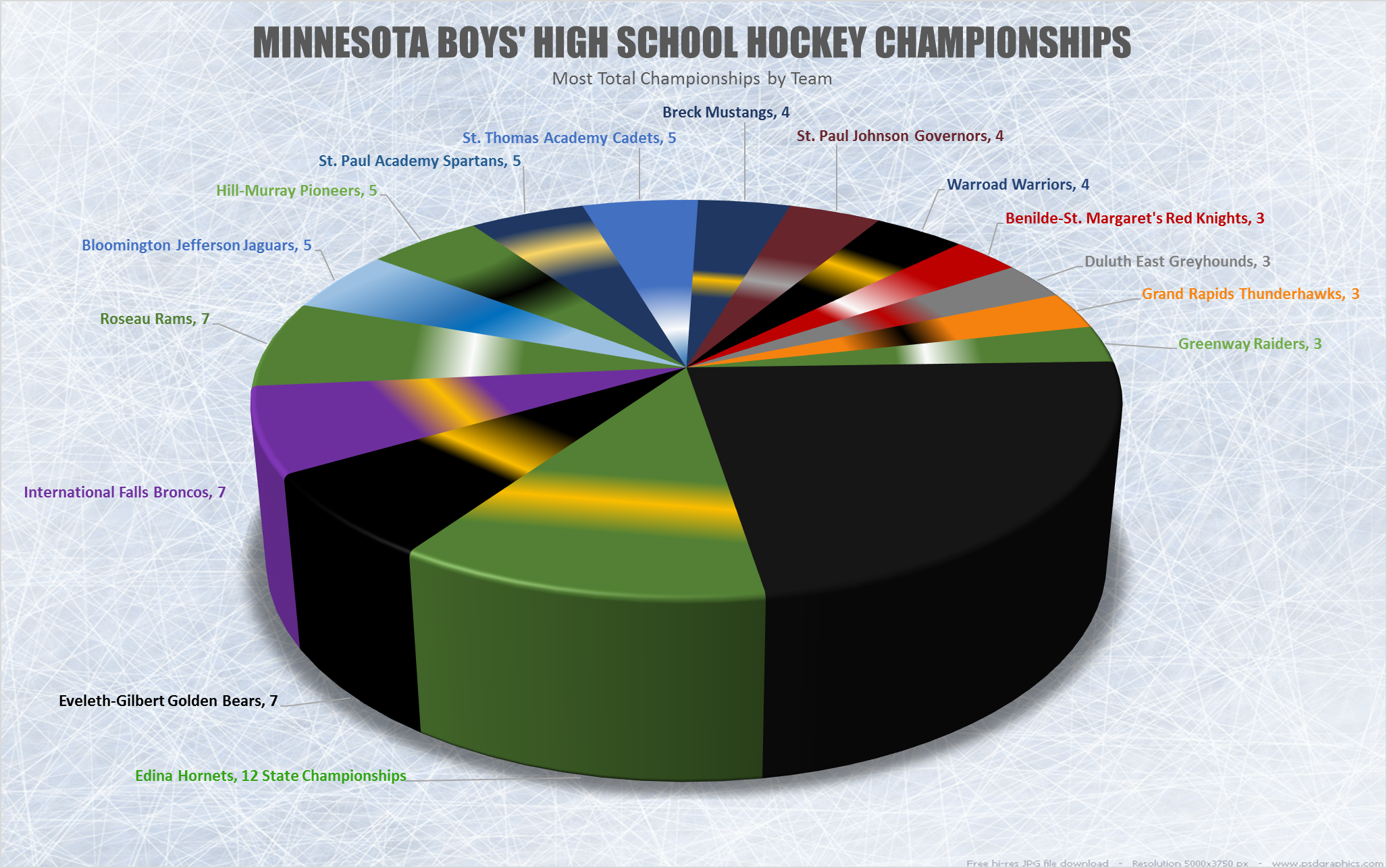 This year, in the Class AA bracket, six perennial powers and two up-and-comers will battle for the title. Defending champions Edina, along with Duluth East, St. Thomas Academy, Hill-Murray, Eden Prairie and Blaine have all won the championship before — in fact, they have captured a whopping 28 state titles between them. The final two teams in the bracket — Bemidji and Lakeville North — have never won a championship, though the Panthers from Lakeville North enter the tournament as the undefeated top seed and look poised to change that. The Class A bracket is wide open. Breck is the only team to have one multiple state championships (4), while five teams — New Ulm, New Prague, Mahtomedi, Spring Lake Park and St. Cloud Apollo — have never one a title. Last year's champion was East Grand Forks, and Hermantown enters this year's tournament with the #1 seed. So, will Edina win their third straight state tournament and add a 13th championship banner to it's rafters in the Class AA pool? In Class A, will Breck skate past the competition to collect their 5th Class A championship? Or will teams who have yet to taste the title hoist the trophy this Saturday night? Here is the schedule — all games will be played at the Xcel Center and be televised on KSTC45.