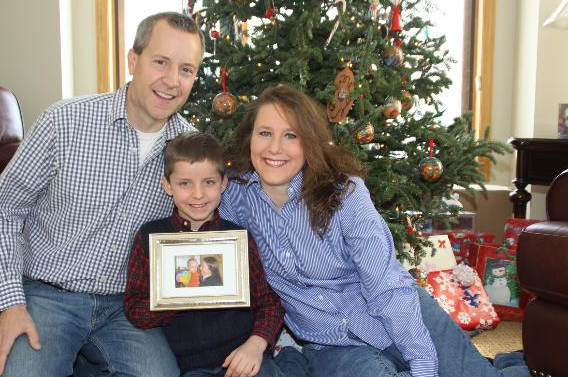 Renee Thomas of Minnestrista, Minnesota is a mother fighting against the Russian one year ban on Americans adopting children from their country. Her plea, along with her husband John Thomas, is to bring home the biological brother Nikolai (5) to their son Jack (8) who they adopted in 2008 from Russia. The family has lobbied over the past year to get the adoption approved. On the eve of Sochi Olympic Games, Renee gave her plea on TV Dozhd, the top independent television station in Russia. The eleven minute segment was emotional -- Thomas wept as she spoke on trying to resolve the adoption ban to bring Nikolai to America to be with his brother. Nikolai is in an orphanage in Kursk. Thomas will also be writing an appeal to Russian President, Vladimir Putin. She has visited in recent months to talk with Russian lawyers and U.S. officials, but the outlook is not good. There are more than 200 families that had started the adoption process for Russian children -- all adoptions came to a complete halt due to the ban that started January 1, 2013. Thankfully, there are some in Russia protesting against the ban -- if there are children in orphanages and stable couples willing to give them a good home, adoption should have no boundaries between countries.     Photo via: Ron Ruud, Associated Press
Tags: News, Russian Adoption Ban