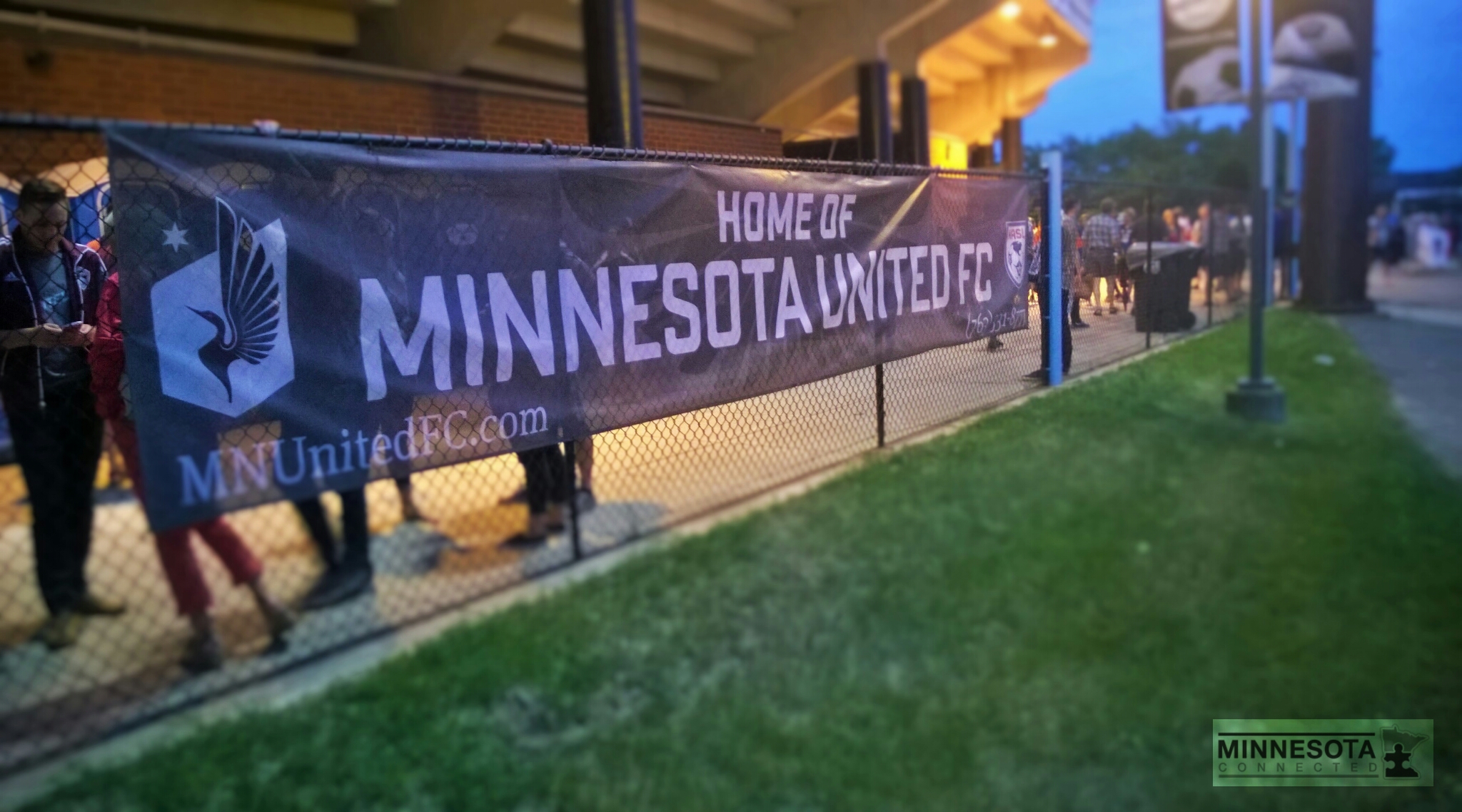 Four years of soccer history versus 102 years. North American Soccer League versus English Premier League. Minnesota United FC versus Swansea City AFC. Despite one club having a storied history and the other not, the young Minnesota club was victorious 2-0 (or two, nil as the Brits say). Saturday the United hosted Swansea in Blaine at the National Sports Center -- fortunately, I was able to be one of the Minnesota United’s record-high 9,064 fans (1,000 more than the previous record) in attendance to see the local team take on Swansea City, the first team from one of the top leagues in Europe, the English Premier League, to play in Minnesota. Although the team finished 12th in the league last year (of 20) and was without seven players due to travel and the World Cup, the team is still a formidable opponent for the Minnesota squad. 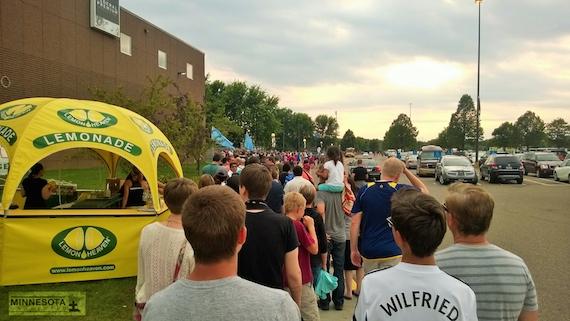 The Welsh club just wasn’t able to take down the American opponent. The match was like any other professional team's game. They threw t-shirts into the crowd, had a cheering section and sold branded merchandise in the concourse of the stadium. It felt different than a bigger sporting event, though. The teams were escorted onto the field for the international friendly by youth team Centennial Soccer Club. A roaring rendition of the Welsh anthem (which is crazy cool) soon followed the player introductions. Then came The Star-Spangled Banner. A great loon call sounded throughout the stadium to start the match — and what a match it was for the home team. Defender Brian Kallman of United started off with some solid defense by knocking away an attacking cross by Swansea. In the eighth minute Justin Davis scored “from the left hand side” as the cheering section called uproariously, pulling the crowd further into the game.

“We knew we were playing a real quality team and we had to raise our level a little bit and I think we showed that today,” Davis told the press after the game.

I soon began to think, “I’m out of my element,” because although I’m a major sports fan, I have never played soccer -- and as seen during the World Cup, soccer fans are rabid. I could feel that in the stadium with the cheering section waving flags, chanting and sounding horns. 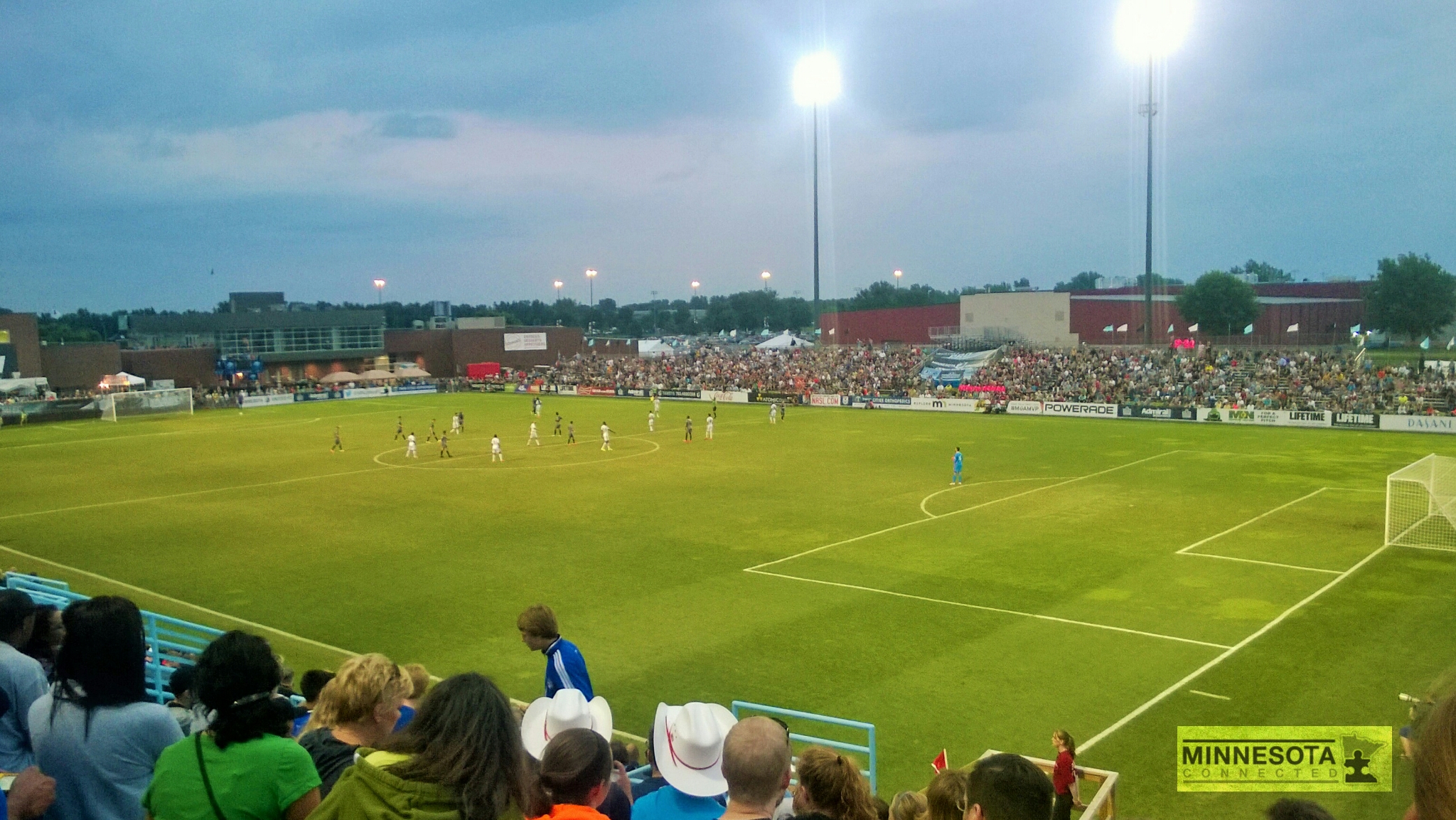 “Minnesota black and blue!” their shouts echoed onto the pitch. Minnesota United FC has only been known by that name and those colors since 2013 when current owner Bill McGuire acquired the team from the National Sports Center -- but it sounded just as right as if it were the 100-year-old team. The loon call came again in the 45th minute in the first half when Midfielder Greg Jordan was assisted by Forward Christian Ramirez on a beautiful ball to take the score to 2-0. Later in match, Swansea defender Chico Flores tried to put a ball over Minnesota goalkeeper Mitch Hildebrandt who, arms outstretched, tapped it above the goal. The second half yielded no goals, but in the 56th minute, in frustration of a foul call Flores punched the ball and received a yellow card from the official. He could have certainly used one of the many beers fans were enjoying in the stands. The half flew by as the players and fans rode the thrill of taking a strong lead against an opponent such as this. The 73rd minute saw a yellow card go to United’s Kyle Bartley. 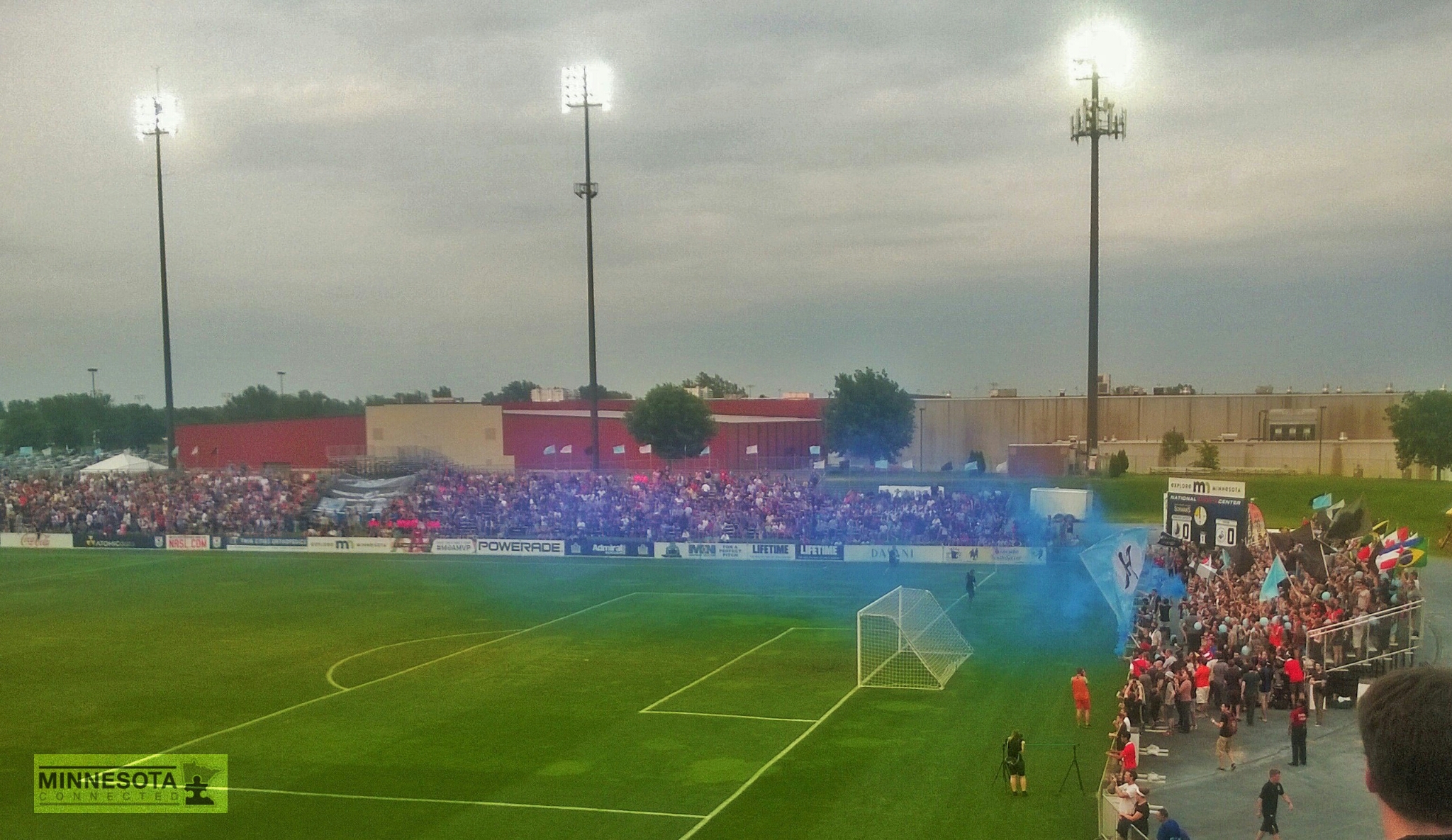 At the end of the half, two minutes of stoppage time was added and the crowd started singing “Na Na Na Hey Hey Goodbye” to promptly thank the Welsh team for the confidence boost.

“Tonight was about Minnesota soccer and it was about trying to continue to grow the sport. The guys put so much in for this club on and off the field and they really want for the sport to grow here,” United head coach Manny Lagos said.

All I can say about the game is that it was one of my more fun experiences in professional sports, especially if you start to ponder how the players do such magnificent things with the ball. If you ever have a chance to get to one of these games, why not? It only cost me $20 for a night of fun and entertainment. Minnesota United plays at TCF Bank Stadium on August 2 for a doubleheader of two European teams Manchester City vs. Olympiacos and Minnesota United vs. Ottawa Fury. Don't hesitate -- find yourself tickets at the Minnesota United FC website.   Photos by: Travis Bridell
Tags: Minnesota United FC, Sports