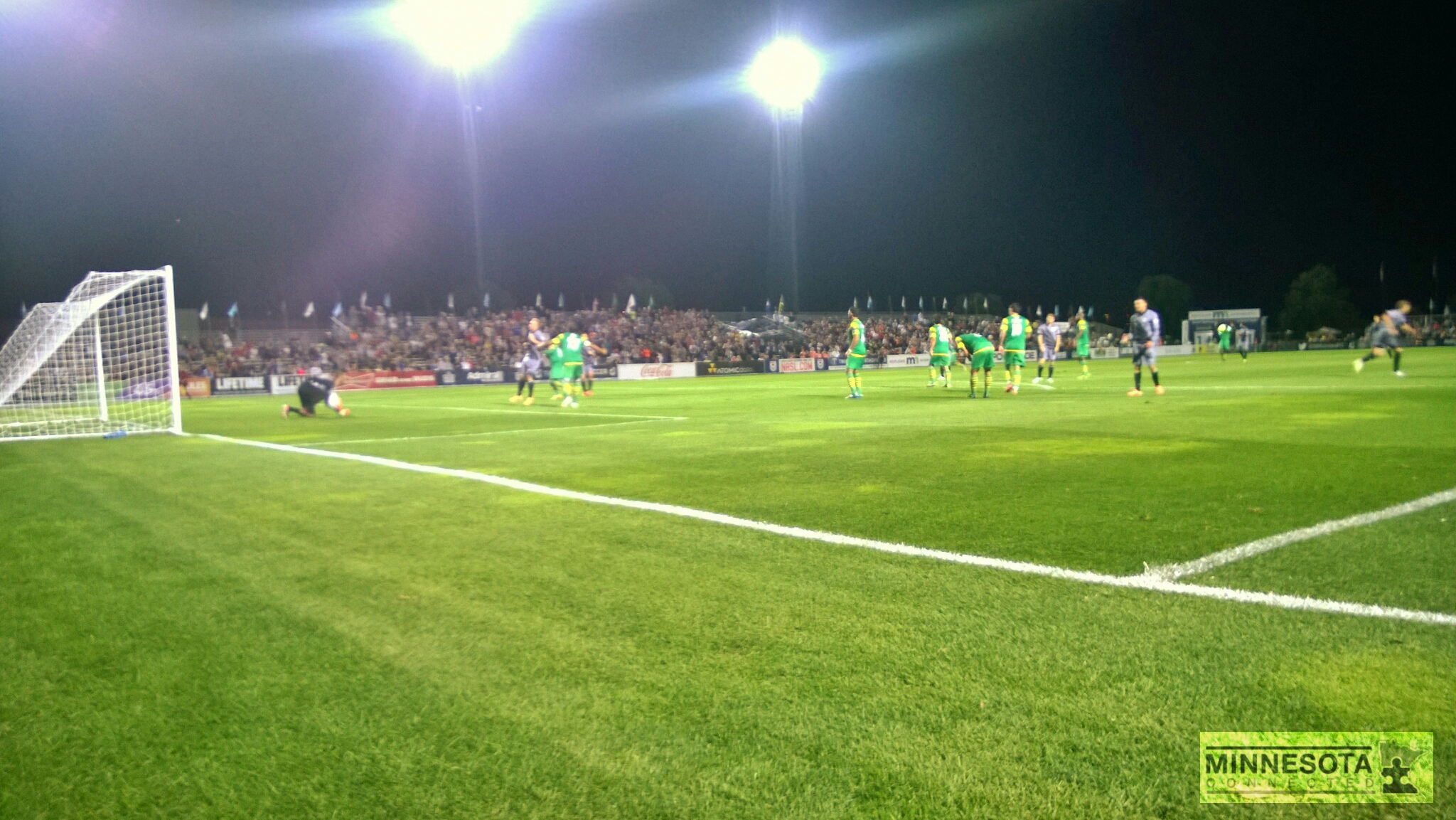 With Minnesota United FC’s return to the National Sports Center in Blaine, I too returned, along with the 7,024 attendees (second most for a United NASL league match), to see United take on the Tampa Bay Rowdies. United came into the game in second place in the NASL fall standings (first in combined) while the Rowdies came into the game with the third most points in the NASL (fifth in combined). The scoring began again for United’s golden boot leader Christian Ramirez. Ramirez had the back of his foot kicked for a penalty shot. The recently-named NASL Player of the Month slid the ball left of Rowdies’ keeper Matt Pickens, one of the first times Ramirez has gone left on a penalty all season. The 14th minute goal gave Ramirez his 14th goal this season – the new Minnesota United record for one season while also keeping him on top of the league’s leaderboard. In the first half’s stoppage time, United took away a Tampa Bay opportunity on a free kick. The entire half went as usual for Minnesota, with their attacks coming harder and more frequently than their opponent. 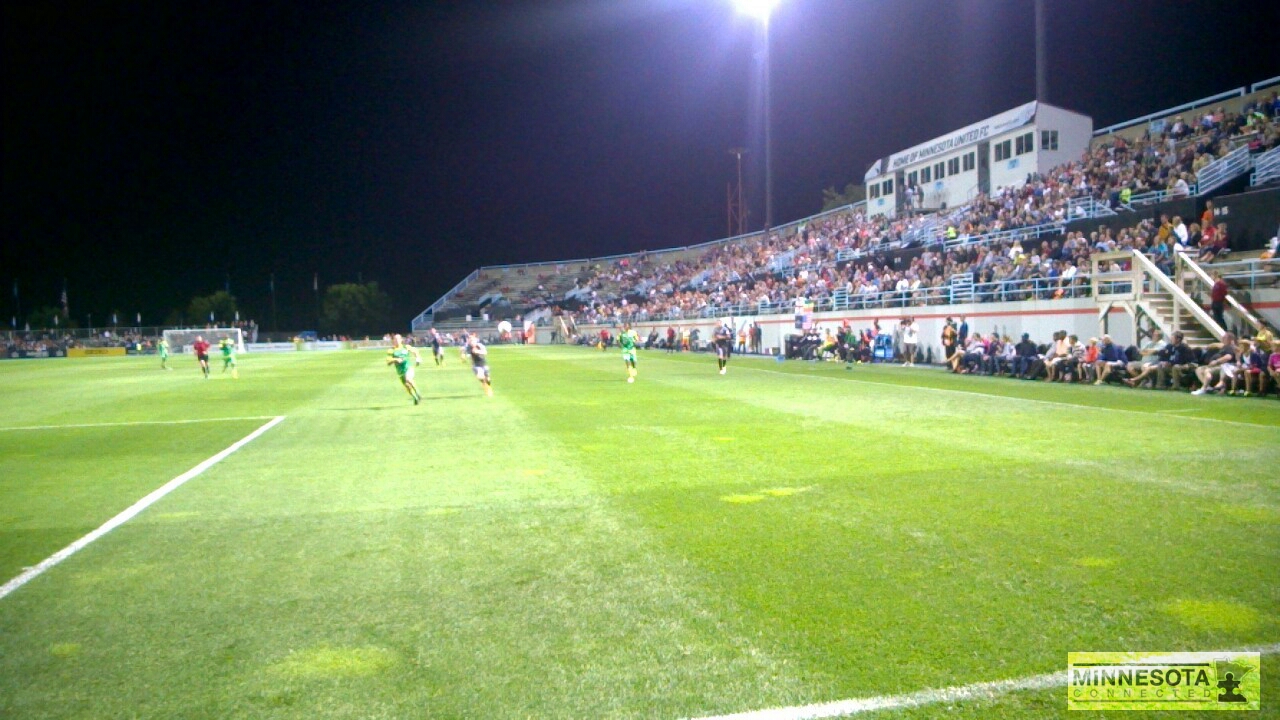 That changed in the second half. Tampa Bay brought some stronger attacks and several times ran up the pitch to pounce on a Minnesota mistake. It took until the 70th minute for the Rowdies to finally capitalize. Rowdies forward Georgi Hristov rounded up a ball from midfielder Lucky Mkosana and cut right across from the left side. The ball hit the back of the net after it deflected off of United goalkeeper Matt VanOekel’s elbow. Minnesota was by no means dominated, as they could have put the game away at several points.

"There was a lot of different ways we could've finished this game off and we didn't quite do it," said fifth-year United coach, Manny Lagos. "It's been three frustrating games, and two where we played really good soccer and haven't gotten three points. I'm proud of how the guys played, the effort they put in, and just the fight overall."

Minnesota had chance after chance -- one foot could have changed their fate. Ramirez went wide left in both the 34th and 68th minutes. After the Rowdies’ goal, United pushed to break the tie, but several opportunities slipped away. 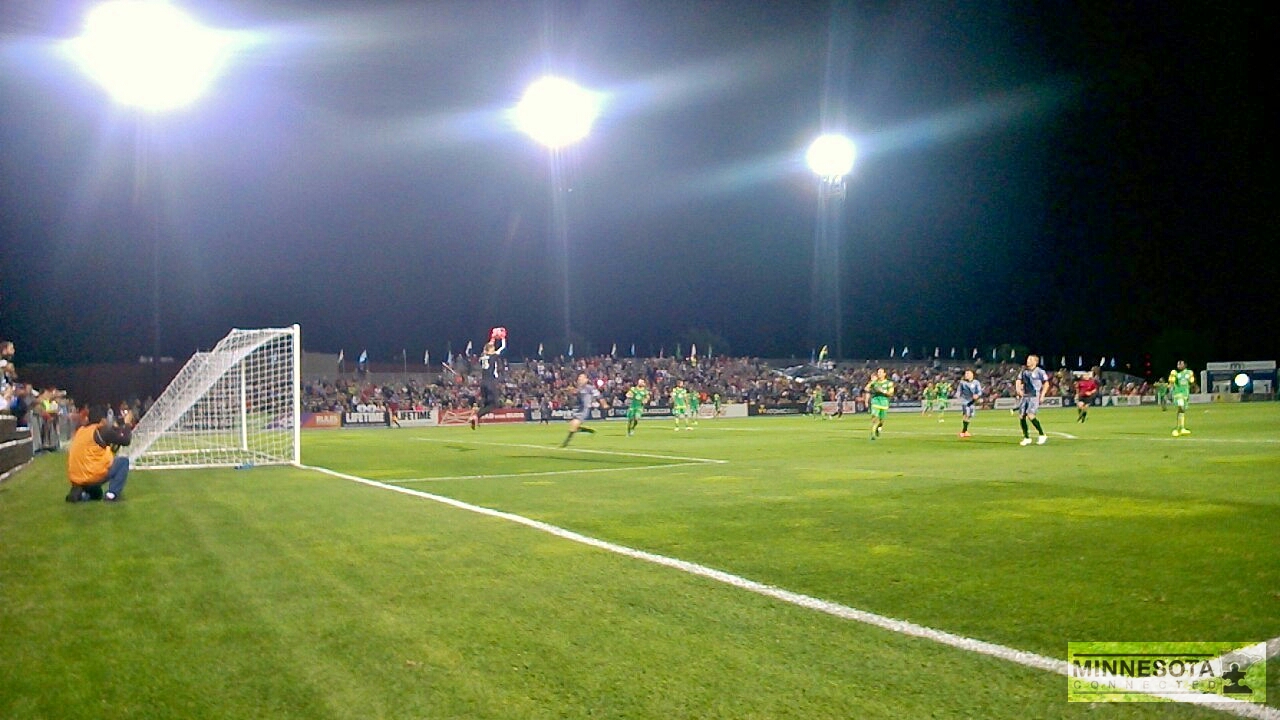 At last, the final whistle was blown with no additions to the score. Although the match ended as a 1-1 draw, Minnesota has yet to lose at home this season. United is back in Blaine next Saturday to take on the Fort Lauderdale Strikers with tickets available.   Photos by: Travis Bridell
Tags: Christian Ramirez, Minnesota United FC, Sports