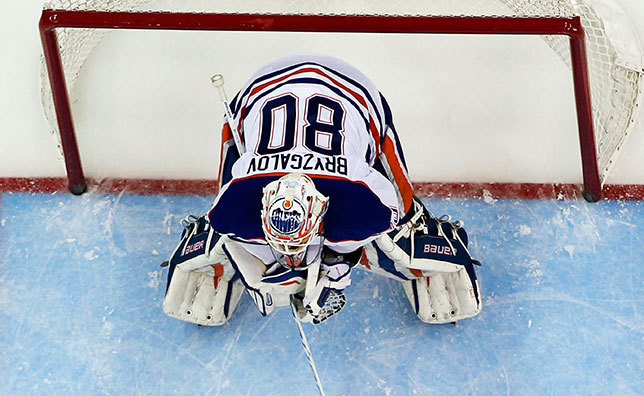 Reports initially indicated that legendary goalie Marty Brodeur was on his way to Minnesota to play for the Wild -- the NHL trade deadline is tomorrow, and the 21-year-NHL veteran reportedly was looking for a way out of the dismal situation in New Jersey for one more Stanley Cup run. In the end, it wasn't the veteran Brodeur who ended up coming to Minnesota, but veteran goalie Ilya Bryzgalov traded from the Edmonton Oilers who will now play backup to the red-hot Darcy Kuemper. The Wild only gave up a fourth round pick for the veteran net-minder. All this goalie trade talk points to one obvious notion -- both Wild goalie options, Niklas Backstrom and Josh Harding, are not healthy enough to play in the event Kuemper gets injured or needs a night off. Backstrom has deflected most media speculation about the seriousness of his abdomen injury -- this move proves he is not ready to start. Same with Harding, who has not recovered from his change in MS medication earlier in the season, a move which derailed a truly amazing start for the Wild in the nets this season. Adding Bryzgalov to the mix simply means he will be the #2, because neither of the other goaltenders are up for the job as the Wild work into the final 20 games of the season, and then the tournament for the Stanley Cup. 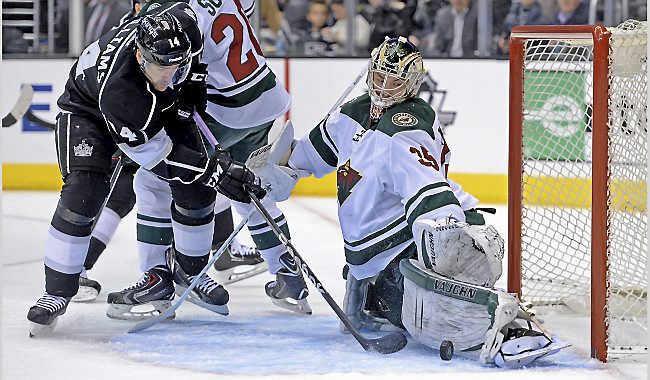 Bryzgalov is clearly meant to backup Kuemper, because who in their right mind would take the kid out now? Kuemper has not had a bad outing in recent memory -- his most dominant moment as of late, stopping all seven Canucks shooters in a shootout contest on Friday evening. Kuemper is the man right now, and he will be staying as our #1 option for the foreseeable future -- he has franchise goaltender written all over him. Bryzgalov, as some of you may remember, played a part in ending the 2006 - 2007 Wild playoff run -- his efforts as goalie for the Anaheim Ducks thwarted many quality Wild scoring chances in the first round matchup. His career numbers are less than spectacular, but he is one of those rare breeds of goaltender who, when hot, is impermeable. He should make a good compliment to the younger Kuemper -- although Kuemper will not want to miss starts (he's young and full of life) he will need a night off or two as any goalie does. The Wild have won five straight, and now have sured up their shallow goaltender pool (which is crucial for this home stretch).   Photos via: Minnesota Wild and Google