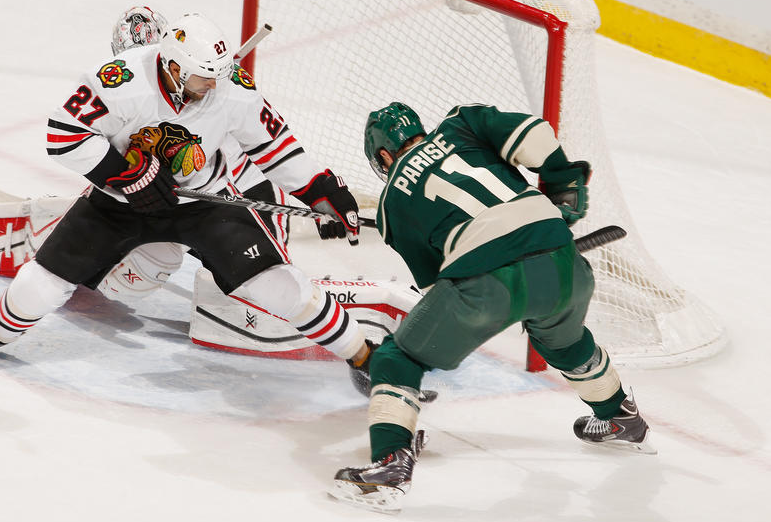 As the weather in Minnesota has cooled off, so have the Wild as of lately. Though they now have won two straight, most recently on Thursday evening versus the defending champion Chicago Blackhawks, the previous four games were not so favorable for the squad. Before the huge win last night, the Wild defeated the mediocre Philadelphia Flyers led by a gem of a shutout from Josh Harding (he was actually the third star of the entire month of November). But prior to that, the Wild dropped four straight -- even worse, all four games were against conference opponents the Wild are battling for playoff position. 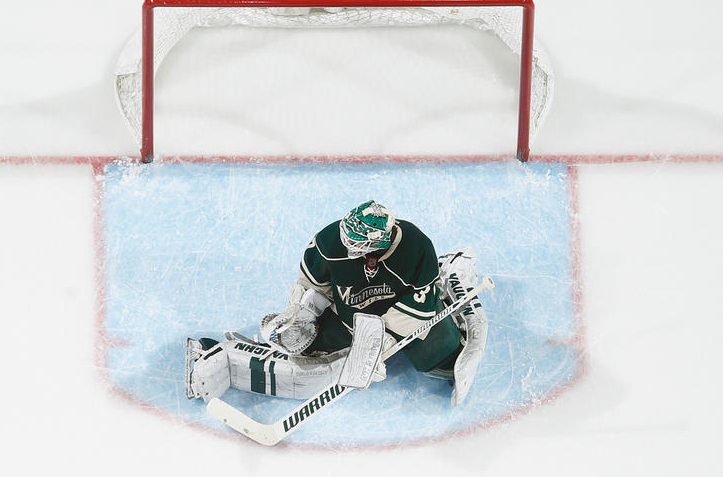 Minnesota lost to Colorado twice on a home and home series (once in a shootout) -- they lost to the Phoenix Coyotes 3-1, and to start the slide the Wild were absolutely embarrassed by the St. Louis Blues 3-0. The skid definitely came at the worst time to start a streak of losses, all against conference foes. To add insult to injury, the Wild were absolutely outplayed, dominated you could say, for the majority of those four games. It was a bit troubling to see the team be taken out behind the shed like that -- especially against St. Louis, a team that outmuscled and beat up on the Wild for the entire 60 minutes. Never once did it feel like the Wild belonged in the same conversation as the Blues -- it was one of the more difficult to watch hockey games in my recent memory. Circle December 31st on your calendar, the day that marks a rematch in St. Paul. 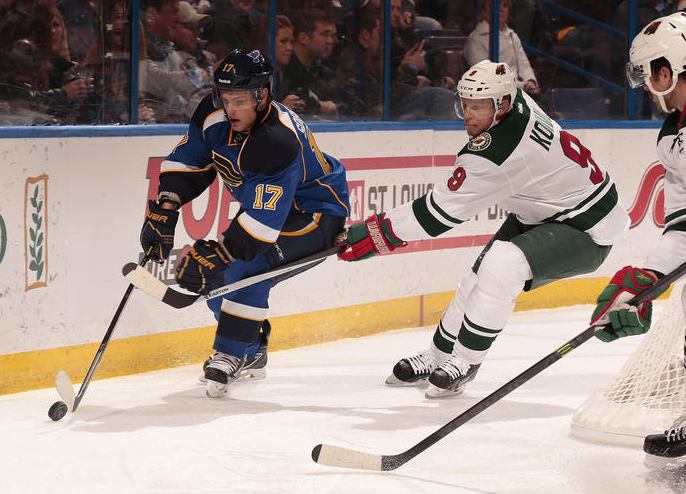 After the Wild went up 2-0 against the Blackhawks on Thursday evening at the X, it looked like the team had truly snapped out of their funk. However, Minnesota allowed Chicago to score three straight goals to take the lead 3-2. Now, if you know this Wild team, you know they don't score very much. Starting up two goals was how most fans would think this team could beat Chicago, winning the game 2-1 or something. I won't lie, I thought the game was over after Marian Hossa sniped Harding stick side on a third period Blackhawks power play. The Wild don't usually respond well to deflating lapses where they allow an opponent to overtake. But late into the third period, some unlikely heroes emerged from the Wild blue line. With less than six minutes left in the game, Jonas Brodin punched one home to tie the game, with the help of a fortunate deflection. Most fans would expect this to be another one of those games the Wild take to a shootout, but Marco Scandella decided that would not be the case when his game-winning snap shot hit the back of the net with under two minutes left in regulation. The goals were Brodin's fifth and Scandella's first of the season. 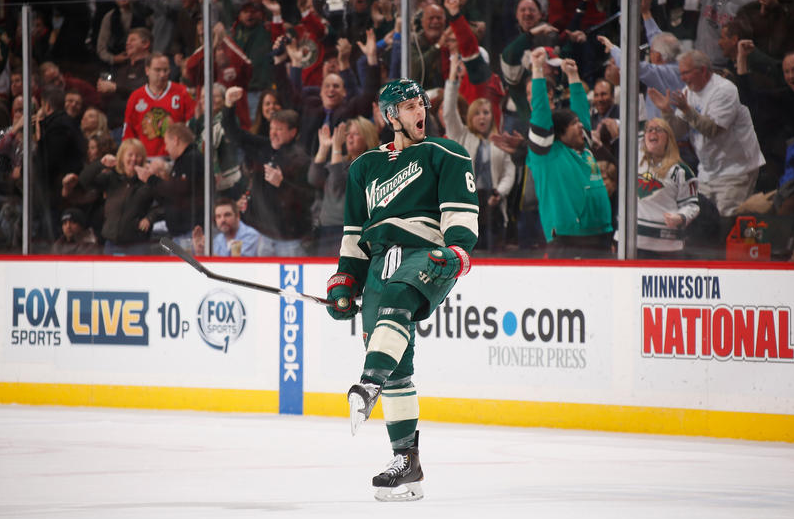 This is the key to the Wild experiencing continued success -- they need players like Scandella, Brodin, and Matt Cooke (who scored the game's first goal) to continue to rise to the occasion to make plays when the team needs a boost. The great teams of course have the Pominvilles, the Koivus, and the Parises, but they also have role players who come up big when the game is on the line. It's great to not only see the Wild rebound with these two wins, but great to see lesser known players making a difference. Coming up, the Wild face another stretch of great Western Conference teams. Five out of the next six games are against the elite teams in the conference, including the San Jose Sharks twice, the Anaheim Ducks, and the Colorado Avalanche again. 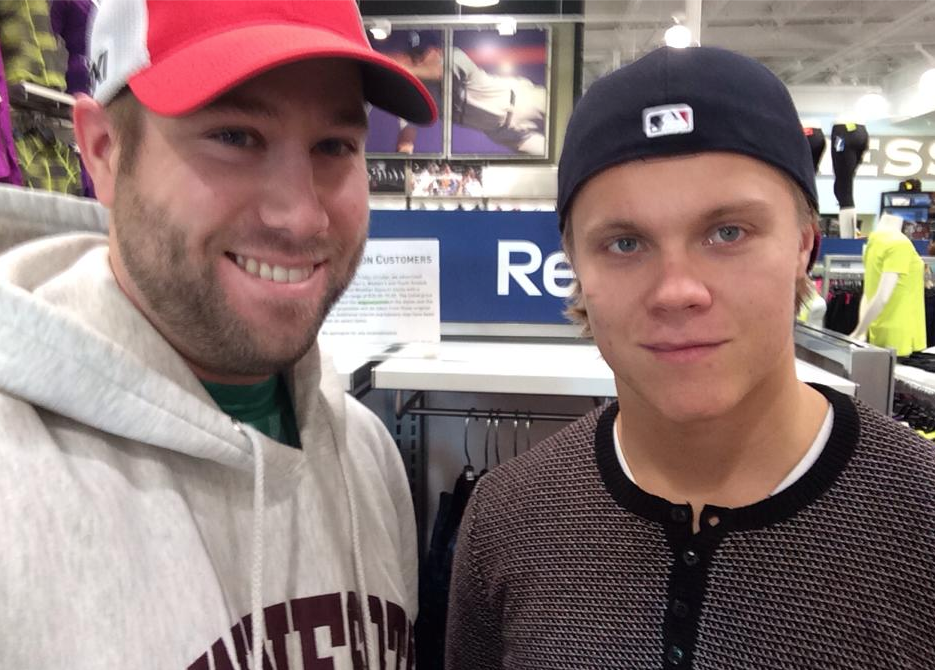 Let's hope Mikael Granlund is not out of the line up for too much longer -- he was placed on IR on the 28th of November, meaning he has to stay inactive for at least seven days. I actually saw Granlund on Black Friday shopping at Dick's Sporting Goods. Ironically, I was actually browsing the Wild merchandise section of the store when I noticed him. Being a fan of Granlund and knowing his importance to the team I asked how he was doing -- he responded that he would be back on the ice shortly. Great news to my ears. The man is a catalyst for the roster and drastically improves the top two lines -- he is also Pominville's best friend on the ice, helping his teammate score loads of goals to start the season. While it was great to see the Wild get off to such a hot start, it was a touch depressing to see them falter so much against the better teams in the Western Conference. Let's see how the Wild fare these next six games up against some of the elite teams in the Western Conference. The Wild could use a few more statement games like the one on Thursday night. Photos via: Matthew Deery and the Minnesota Wild