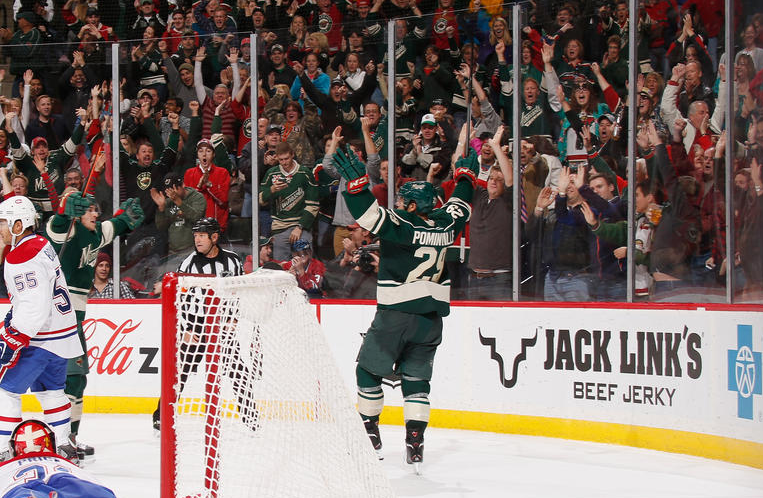 Minnesota sports fans have become quite accustomed to losing lately -- after the Twins finished off yet another atrocious 90+ loss season, and the Vikings reaching new lows at 1-7, it seemed like Minnesota fans were stuck in a desert wasteland called "Loserville USA." Thankfully, the winter sports have now kicked into high gear, and both the Timberwolves and Wild look to be building towards some greatness. While it is still very early in the season for both respective squads, something to really cheer for would be a welcome relief -- of course fans want to see Minnesota teams raise championship banners (1991 was the last championship in the four major sports, sorry Lynx), but even a little bit of hope can go a long way. For far too long, the Wild and Timberwolves have been seemingly irrelevant. 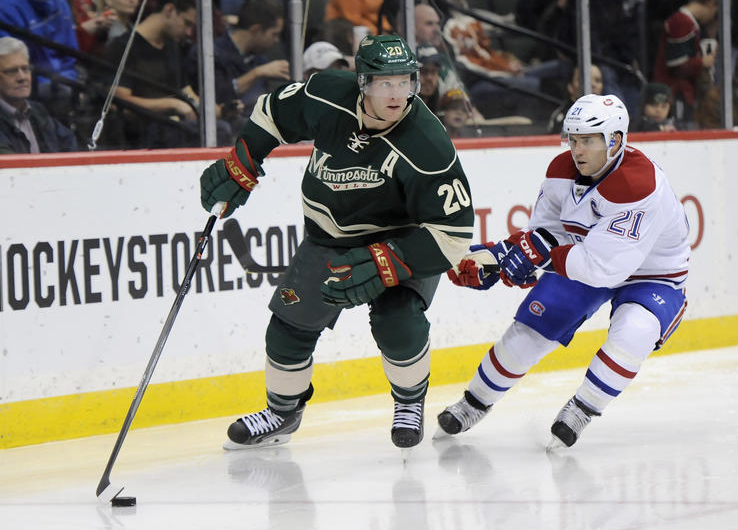 The Wild have made playoff appearances in the past ten years, but have not had a legitimate playoff run since the 2002-2003 season. You won't find a hockey fan in Minnesota who doesn't remember the heroics of the 2002-2003 campaign, where the Wild came back from down 3-1 in two straight series and beat their opponents (Colorado and Vancouver) in pivotal Game 7s. The Andrew Brunette goal versus Colorado in overtime to decide the series is still to this day the most significant goal in Wild history. Unfortunately, the magic died there, as the Wild lost four straight to the Anaheim Ducks in the Conference Finals. Since then, the Wild have made three playoff appearances, all of them losses in the first round. The Wild have only managed to win four games total in those three series -- not a great showing for the State of Hockey. But hope lies in the current roster of the Minnesota Wild, a bright future surely just on the horizon. The team has a wealth of young talent, many young players who should grow into seasonal stars to help the big names on the squad like Mikko Koivu, Jason Pominville, Zach Parise, and Ryan Suter. Names like Charlie Coyle, Mikael Granlund, Nino Niederreiter, and Jonas Brodin will soon be on all Minnesota hockey fans' radar -- and best of all, these guys are all young, hungry players. These budding stars could help make the Wild perennial contenders for the Stanley Cup. 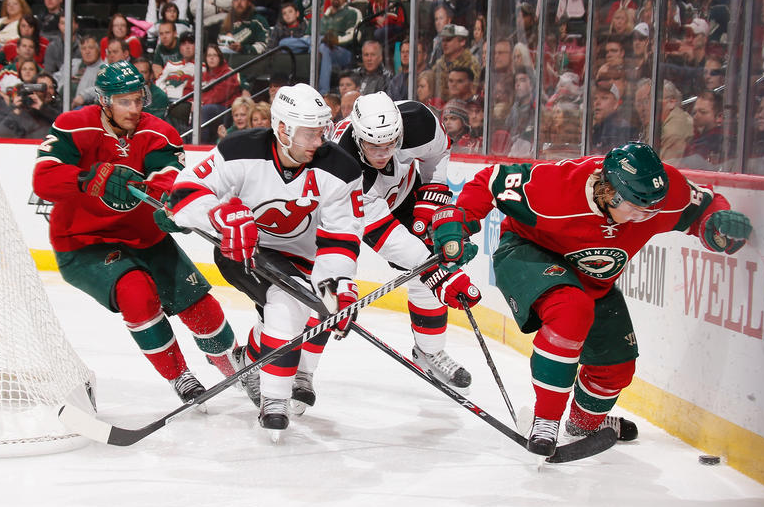 The State of Hockey deserves to have a quality professional team to cheer on -- it is yet to be decided if the state has a great  team to root for this year. The Western Conference is packed full of excellent teams, and the Wild will have to fight tooth and nail to make their mark. While the team did start a little slow with a few overtime losses, they have really picked it up in the recent weeks. In the past seven games, the Wild are 5-1-1. They beat up on the defending champion Chicago Blackhawks in the Windy City (although the Blackhawks returned the favor two days later in St. Paul), scratched out a tough win over a good Montreal Canadians team, and destroyed a struggling New Jersey Devils squad. The best part about the recent success of the Wild is the emergence of Jason Pominville, a big-time scorer the team has been in desperate need of to help complement their staunch defense. His ten goals are third most in the NHL this season  -- he has developed a strong rapport with line mate Granlund, and it seems like every other night you hear, "Scoooooring for Miiinesoota, his tenth of the season, number 29, Jason Pominville... assisted by Mikeal Granlund." Pominville landed the NHL's Player of the Week (Star of the Week as they call it), scoring four goals, including a game winner versus Montreal. 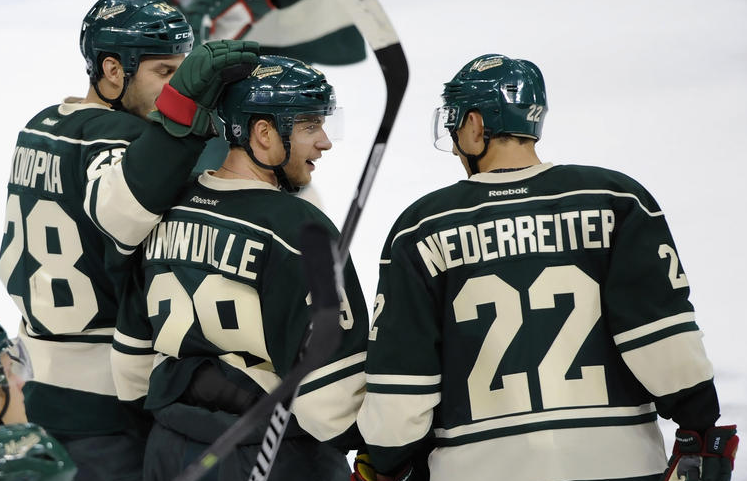 Another interesting development is how great Josh Harding has been for the Wild this season -- don't look now, but Harding leads the entire NHL in goals against average and save percentage. That's quite a feat considering he is still sharing starts with the aging season starter Niklas Backstrom. It was always thought Harding could ascend to these heights, but his health has always got in the way. As Harding continues to battle with multiple sclerosis, Wild fans can only hope he continues to find ice time and battle against the oppositions' best scoring attempts. The greatness of this team appears to rest on the health of Harding -- Backstrom can still contribute, but it seems quite clear the Wild won't go far with the 35 year-old net-minder. Oh, and the Wild have to find a way to hide Dany Heatley. How far has he fallen since last season? The Timberwolves have fared significantly worse than the Wild in recent years. Their last playoff appearance was 2004, where their title hopes were dashed by the Shaq/Kobe led Lakes -- since then, the Timberwolves have had only one winning season (the year after that 2004 campaign, they still didn't make the playoffs) and a total winning percentage of .330. So you can imagine the team starting out 3-0, beating two very good teams back to back in the process, has Timberwolves fans in a frenzy. Minnesota comfortably beat the Oklahoma City Thunder on Friday evening, a consistently contending team that has one of the best players on the planet in Kevin Durant. The real test came in the revitalized Madison Square Garden, where the Timberwolves showcased their grit and held on to beat the New York Knicks. 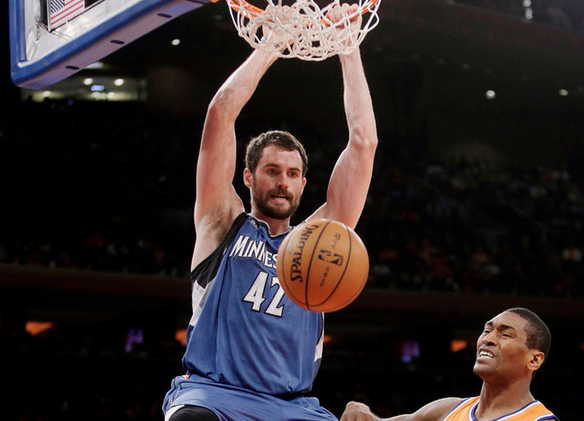 Despite being up big early, the Timberwolves squandered the lead and let the Knicks fight themselves back into the contest. These type of moments are what Minnesota fans have become accustomed to, having the victory snatched right out of their hands. Despite the familiar feeling, Kevin Love was clutch down the stretch hitting a cold-blooded circus shot to put the Knicks on ice. His high five with celebrity Knicks super fan Spike Lee was the exclamation point on the most exciting moment of the game. Love finished with 34 points, 15 rebounds, and five assists. Love is playing out of this world right now, leading the league in scoring (yes, I said leading the entire league in scoring) and earning Player of the Week honors himself. If you're counting, that's two Minnesota men with that honor this week. Yes, I know, it is only three games into the season. The schedule is a grueling 82 games and the fun has just started -- but for once in a very long time, the play on the court has matched the pre-season hype. This team is balanced, with plenty of solid pieces who meet the needs on both offense and defense. With Love, Rubio, and Pekovich healthy, this team could make some noise in the Western Conference. Newly acquired Kevin Martin looks like the huge boost the Timberwolves needed -- he added 30 points in the game versus New York. Even three games in, this team looks like a well-oiled machine, on both ends of the floor. The team defense thus far has been excellent and the supporting cast has done an superb job filling in when needed. This 2013 Minnesota team looks the part of a conquering squad, already winning two of the first three games by close margins. 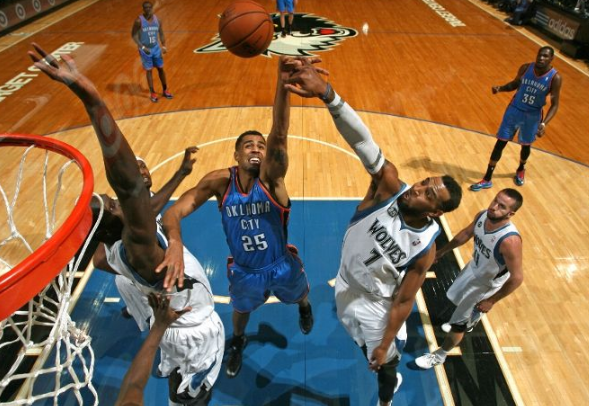 Of course, with all this buzz surrounding Minnesota sports, fans must hold out hope for good health. Both the Wild and Timberwolves have had their share of devastating injuries over the years -- 'knock on wood' -- if these teams stay healthy, both should make playoff runs. And they rightly should. I'm sick and tired of "Loserville, USA." It's been far too long since this market has experienced real success, and it's about time one or both of these teams show Minnesota fans there can be winning outside of women's basketball (sorry Lynx). After disappointing seasons from the fan favorite Twins and Vikings, it's time for a new era to be ushered in, an era where the hearts of Twin Cities residents are stolen by winter sports. Side note: I'm not forgetting about the Gophers who also won on Saturday to improve to 7-2, I just don't care much for college football. But even so, it's nice to see at least one successful Minnesota football team. Photos via: Getty Images & Minnesota Wild