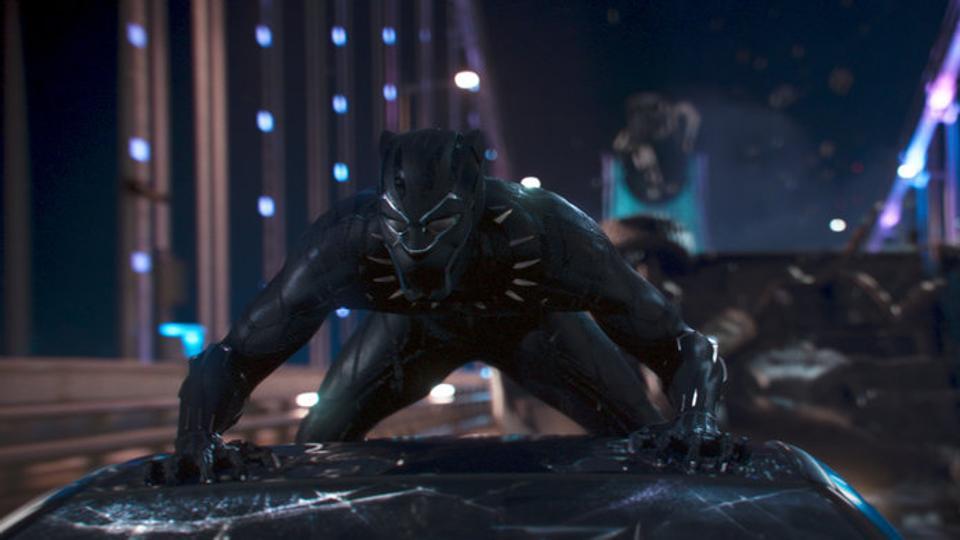 Since the beginning of the Marvel Cinematic Universe ten years ago, the majority of the films presented by Marvel were fun, abundantly humorous, and escapist superhero movies that successfully tried to honor the vision of the comics while also having room to breathe. Few go out of their way to make anything more than that. Marvel’s motto seemed to be if the story isn’t that great, just throw a ton of humor in to distract from it. And, for the most part, it worked. Everyone knows Marvel movies aren’t really original or inciteful but they make up for it with humorous characters, tons of action, and a standard superhero plot. It’s nice to see, then, that Black Panther isn’t the same old. Somehow it keeps much of the tone of a Marvel film but heavily veers off from the tried and true Marvel formula. By focusing heavily on character, moral dilemmas, and social commentary, and putting humor, action, and special effects on the backburner, Black Panther heightens the Marvel brand and does a great job kicking off the next ten years of Marvel films. Starting shortly after the events of Captain America: Civil War, Black Panther finds T’Challa (Chadwick Boseman) back home in Wakanda. Now the heir to the throne, he mourns the death of his father and prepares to be crowned king. But, Ulysses Klaue (Andy Serkis), one of Wakanda’s greatest enemies, has returned to steal vibranium and sell it to the highest bidder. T’Challa’s attempt to stop Klaue will lead him down a road of dark secrets and the eventual conflict with villain Erik Killmonger. 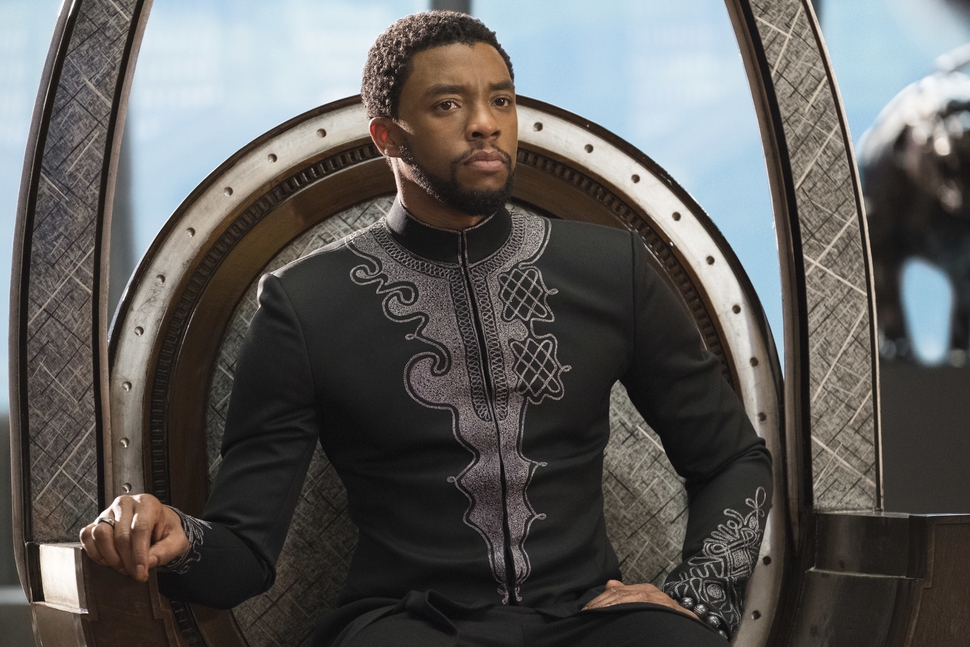 Noble, brave, quiet, and headstrong, T’Challa is a great heroic character with a heart of gold but also a naivety that is revealed as he becomes king and rules the nation of Wakanda. Wakanda is a mythical utopia in the heart of Africa that no one can see because of an invisible cloak around it. People believe it’s a third world country rather than a technologically advanced utopia. T’Challa greatly admires his father and, at first, looks to him for inspiration as to how to rule Wakanda but as the story progresses, he starts to question his father’s decisions especially when new things come to light. And that’s essentially where the villain, Eric Killmonger (Michael B. Jordan), comes in. Black Panther tells a story of two worlds. The first world is Oakland, California where Killmonger, grew up. The second world, of course, is Wakanda, the place Killmonger has grown up hearing about from his father. These two worlds also set up two different worldviews. T’Challa has a country of his own while Killmonger doesn’t. T’Challa wants to preserve the isolationist policy of Wakanda and Killmonger wants to tear it down and rule the world with its state-of-the-art technology. Killmonger isn’t just another hollow Marvel villain. He’s quite possibly one of their best they’ve ever had. Not only does he have a strong, believable and compelling motivation but his circumstances and backstory are more fleshed out and empathetic than most Marvel villains. Jordan equally rises to the challenge of the character’s complexity and ferocious determination. Once T’Challa finds out about Killmonger’s history, he immediately sees the moral dilemma and condemns it. But, while he knows what happened to Killmonger is wrong, he believes Killmonger’s choices as a result of that history are also wrong.

This is just the tip of the iceberg. Black Panther is full of moral problems and social commentary and rather than making it a backdrop, Ryan Coogler, the director, puts it at the forefront. It resembles its predecessor Captain America: Civil War in that regard, having the moral dilemma of superheroes having no accountability be the driving force of the conflict. However, while that conflict had some heart and tension to it, it ultimately felt a little distant and perhaps contrived. In contrast, the moral problems and conflict in Black Panther are very real and close to home. The relationships between T’Challa, Nakia (Lupita Nyongo’o), Okoye (Danai Gurira), W’Kabi (Daniel Kaluuya), and Shuri (Letitia Wright), are all set up very well within a short period of time but also over the larger scope of the story. At the beginning, all of these characters are friends and family but by the end, their relationships with each other change. What was once warm and friendly becomes much more complicated. Not only that but you feel it when these changes happen and it hurts. Marvel movies too often pull their punches and crack a joke to make things comfortable again. Black Panther rarely does this and it’s a welcome change. Speaking of humor, Black Panther is surprisingly restrained especially for a Marvel movie. It has humor but it's like a drop in the bucket compared to Thor: Ragnarok. It uses just enough to lighten the tension but not too much. It’s perfect. Marvel’s overabundance of humor has long been an irritation and tension killer. This brings it down to appropriate levels. 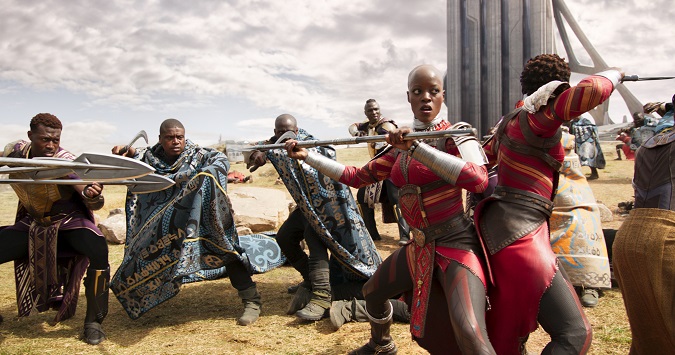 For all its many virtues, Black Panther is not a perfect film. Frankly, its special effects look dated and cheap especially during two pivotal fight scenes where they should be the most impressive. At best, it’s distracting. Some might find it eerily similar to superhero effects of the mid-00s. Equally, the action scenes are lacking and boring. Where past Marvel films excel at creating visceral and intense action sequences, here, Coogler doesn’t put his heart into it and doesn’t seem to care. It’s all rote and by-the-numbers action. The last and pivotal battle scene looks like something ripped out of the pages of Star Wars: The Phantom Menace, bad special effects and all. Still, with its heavy focus on character and putting all the right narrative elements together, making a strong story, Black Panther not having the best action scenes or special effects isn’t the worst thing that could happen. And, it certainly doesn’t sink the ship. Part of what makes many science fiction classics so great is the characters, spirit, and narrative rather than the special effects budget (i.e. Star Wars). Black Panther not only carries the Marvel torch forward but raises it higher, focusing on the things that matter and challenging future Marvel films to do the same. With great characters, interesting moral problems, and intriguing social commentary, it stands apart and rises above. Surprisingly, after seeing this Marvel movie, you’ll have more to talk about than the coolest fight scenes. You might actually discuss real human problems.
Tags: Movies, black panther, black panther movie review, black panther review, chadwick boseman, is black panther good, marvel cinematic universe, marvel movies, michael b jordan, Thor ragnarok