I’ve had three intensely stressful but worthwhile movie experiences. When I saw The Importance of Being Earnest as a dorky twelve year-old, I was so delighted by its twists and turns and pseudo-sexual content that I distractedly drank an extra-large lemonade on my own. The inevitable battle between film and bladder began, and in my distraction, eyes glued to the screen, I gnawed on the edges of my waxy paper cup until the whole thing was nothing but a horrible white wad that took up most of my mouth. The second, a way less gross instance, was seeing Gravity on a stormy cross-continental flight. To this day I am haunted by the absolute emotional certainty that George Clooney saved my life. I love you, George. The third time was seeing Snowpiercer, Bong Joon-ho’s post-apocalypse sci-fi thriller. I didn’t have to pee. And I was at St. Anthony Main, both feet firmly on earth. But, for the full 126 minutes, I was on the edge of my seat. It is rare that a high-budget film consistently surprises and subverts expectation. This one does. The premise: Earth is a frozen hellscape and its few survivors exist on a self-sustaining train that runs on an endless loop around the globe. The upper class lives in luxury in the front cars, dining on Sushi and sniffing industrial waste to get high (y’know, like you do). The lower class is confined to the last car, living and treated like animals. But revolt is brewing, and the rebels, led by a likely hero (Chris Evans), claw and fight their way towards the front of the train, hoping to seize control of the engine from the 'Oz-like' Wilford (Ed Harris) the train’s inventor and caretaker. This movie is a parable that will thrill you, upset you, make you laugh, and maybe (Hollywood forbid) make you think. You can’t ask much more of art. 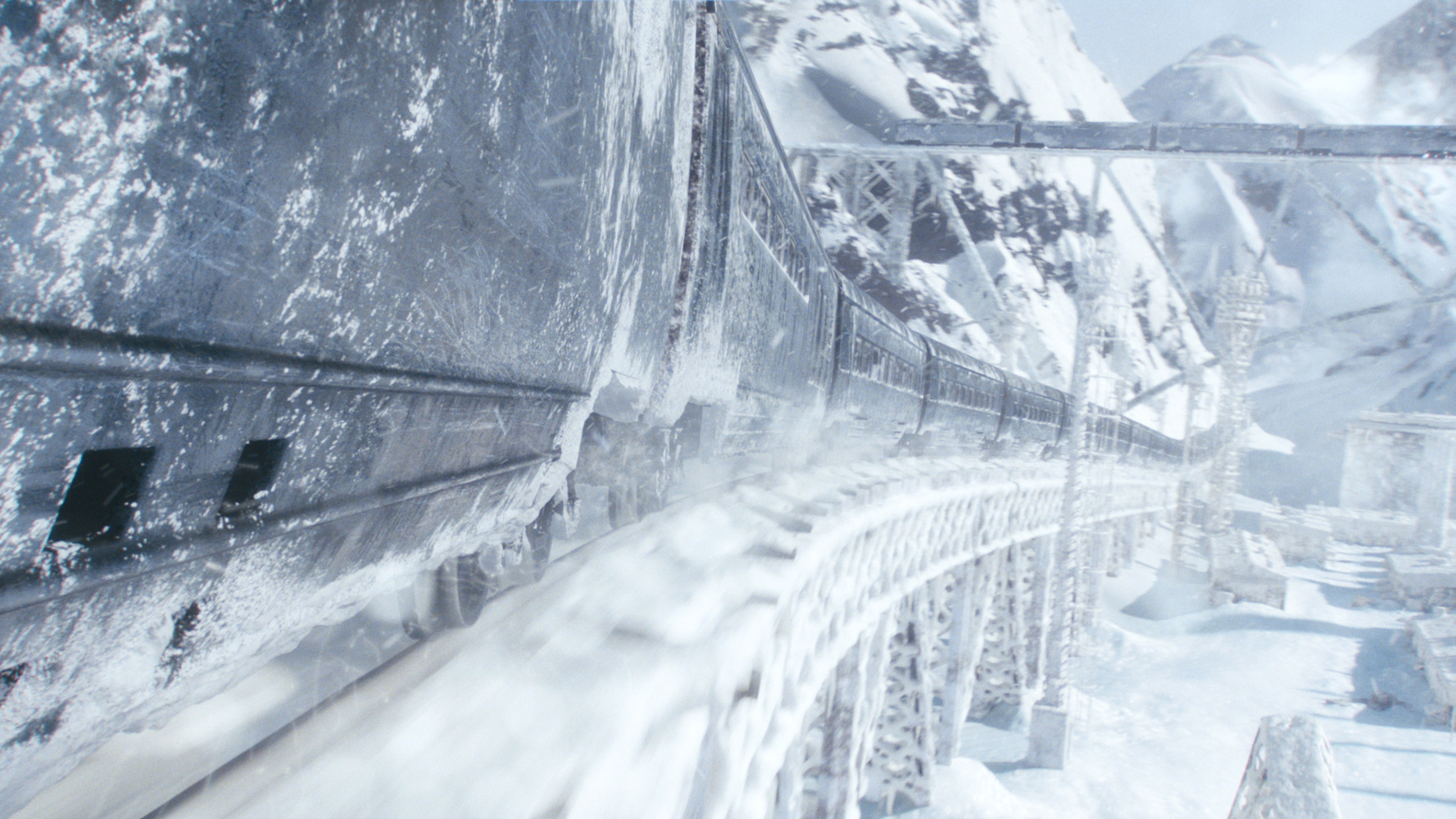 It’s the supporting characters that stand out in this film. Tilda Swinton as Mason embodies a kind of bureaucratic Stalinism that is equally funny and chilling. John Hurt is heartbreaking as Gilliam, one of the film’s many Christ-figures. Chris Evans is fine as the straight-man hero: for the most part, he remains stoic and somewhat bland. Of course there are some action-movie traps that it falls into. First, some annoying plot issues: why isn't the lower class forced to work? Joon-ho seems to stop just short of a perfect metaphor for capitalism and it's not clear why. The second trap is the use of violence. For the first forty minutes, Snowpiercer is fundamental to the message of the film and entirely without glory (a rarity in film these days). But as the casualties pile up, it loses the claustrophobic focus and becomes the cliché: a depersonalized superspeed mish-mash of gore accompanied by fruit-ninja’s juiciest effects.

But the storytelling is clever and clear. Conventions are set and broken when least expected. Each new train car the rebels reach is a new world, a new horror or a small miracle. We are thrown from a brutal axe fight into a serene, walk-through aquarium. The film manages to stay fast paced while occasionally slamming into slow motion -- Joon-ho’s rhythms are as savage as Stravinsky’s. He does the same thing visually, snapping us in and out of very different worlds. When these two worlds, the luxurious and the terrifying, are so compressed that they’re only a train car apart, the contrast between them becomes sickening. Go see this film. Like the best sci-fi, it shows us what our world might be tomorrow. Like the best parables, it asks us how we feel about our world today. Can a collection of humans imbued in a system of such horrifically violent hierarchy truly be called “humanity”? Is such a humanity worth saving? That’s what the film asked of me. To you, it might say something different. Let me know after you see it. And make sure you pee before it starts.