Movie Review -- 'How to Train Your Dragon: Hidden Kingdom' is Decent, But Doesn't Muster the Same Magic as the Original 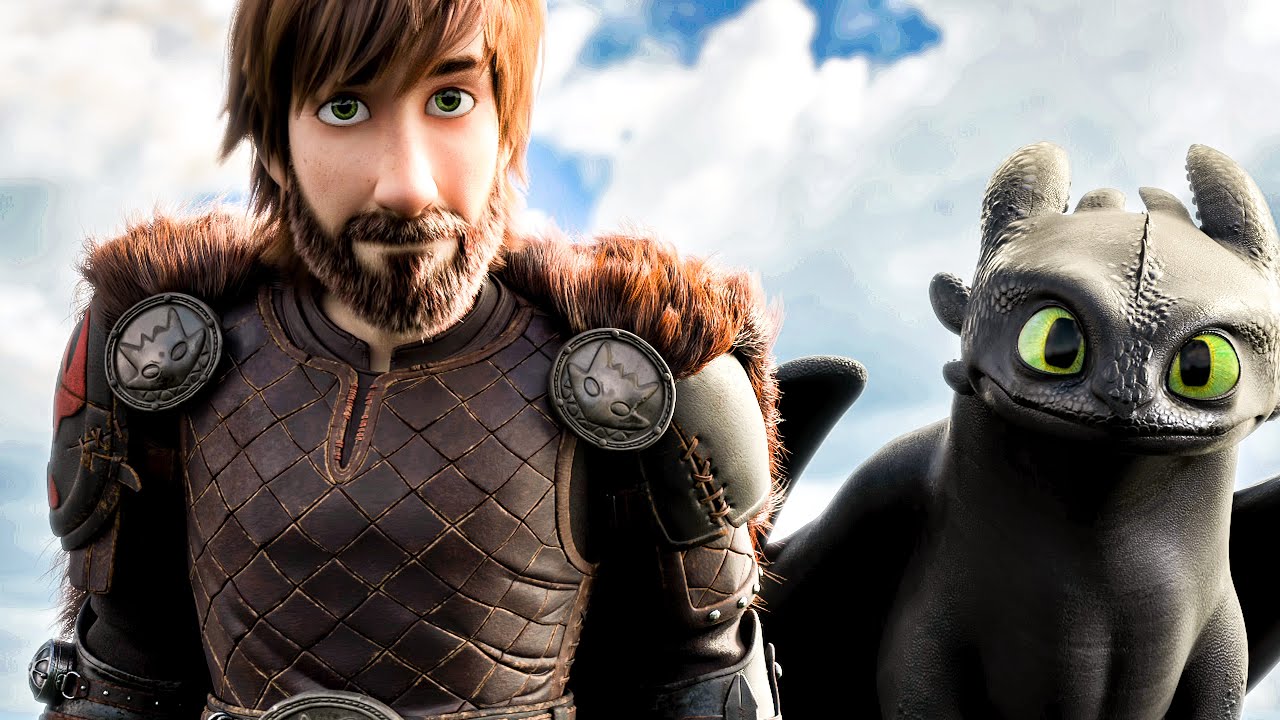 It’s all but guaranteed that the third entry in a film franchise won’t live up to the heights of the first two. Maybe the original writers and directors moved on, or the previous films didn’t leave enough narrative potential to sustain a third film, but it’s rare for a franchise to remain strong through three entries. How to Train Your Dragon: The Hidden World, while a fun conclusion, upholds this rule and does not chart a course for anything but more of what we’ve seen.

Or, rather, you’ve maybe seen. I remember loving the first How to Train Your Dragon film, but never made it to the sequel. Maybe it had something to do with all the surprise revelations from the film winding up in the trailers. (Something to chew on, studio publicists…) However, from brushing up on the plot synopsis of Part 2, I have a feeling my review here might sound a bit familiar.

The land of Berk, once a kingdom that fiercely fought to keep the dragons at bay, has now become a dragon utopia. The dragon riding heroes, led by Hiccup (Jay Baruchel) and Toothless, continue to attack dragon trappers to free more and more dragons, leading to their home becoming crowded. The trappers, tired of their efforts to capture and train a dragon army being foiled, turn to Grimmel the Grisly (F. Murray Abraham), a dragonslayer who specifically enjoys slaying Night Furys like Toothless. In the midst of all this, both Hiccup and Toothless find themselves in romantic subplots - Hiccup is pressured to marry Astrid (America Ferrera) and fully embrace his role as tribe chief, while Toothless falls head over heels for the Light Fury, the female variety of Night Fury.

Ultimately, in order to secure a better future for the human and dragon inhabitants of Berk, Hiccup decides to lead a quest to the ‘Hidden World’, a land his father sought years ago, which is rumored to be where the dragons come from. While his father wanted to close the entrance to protect the humans from the dragons, Hiccup instead wants to move his entire kingdom into the Hidden World, so they could live in peace with dragons and away from the marauding types who don’t get it and keep trying to do them harm. It’s a noble goal if a bit misguided. 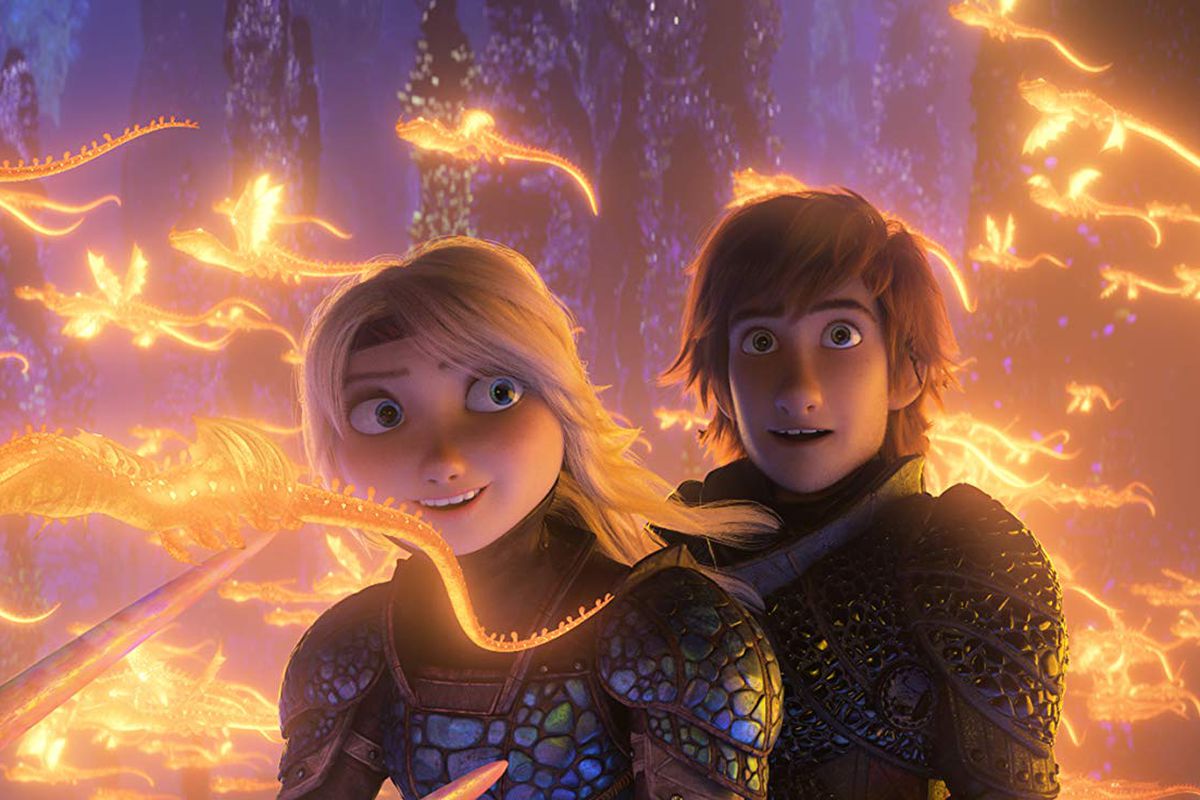 At this point, the characters have been established in previous films, so How to Train Your Dragon: Hidden Kingdom uses this assumption to spend more time on scenes between Toothless and the Light Fury and less on developing characters further.

Of all the human characters who inhabit Berk, Hiccup is the only one who really goes through meaningful character development in this film. Which is fine, in a way. This is a story about growing up and a farewell to the universe that was built around a boy and his dragon. But it did make it difficult to enjoy any scenes that didn’t involve Hiccup or Toothless.

Grimmel is menacing in the sense that he wants to harm Toothless, but not so much because he’s actually a threatening villain. Instead, he’s the garden variety “I know your plan before you make it, I’m so clever” type, which I’ve started to really get tired of. 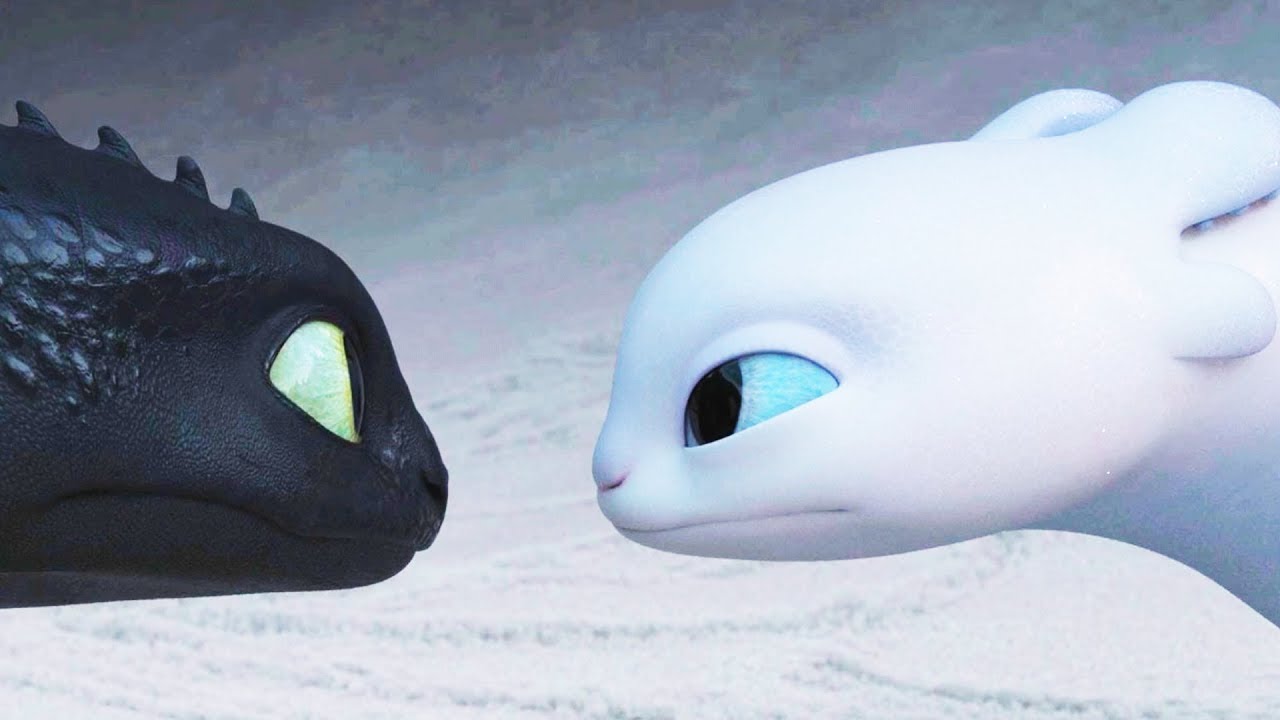 But what the film lacks in original direction, it makes up for by being an emotional send-off to the series. Once again, the visual look of the Dragon films is gorgeous, and even if they aren’t doing much, the supporting cast made up of Jonah Hill, Kristen Wiig, Christopher Mintz-Plasse, and Justin Rupple are all fantastic.

I was also glad that, save some sort of studio intervention, the story comes to a firm end that would be difficult to justify retroactively re-opening for more films. Not to say it can’t happen (Toy Story 4 comes to mind), but it’s nice to see a film or franchise actually end in the age of cinematic universes. Some stories don’t need to go on forever, they can go out on a relatively good note and remind us that there’s a time for everything to end.