Riley’s barely stapled herself back together in the back of a van before we’re flashing back five years. Riley reverts back to a loving middle class mother, making ends meet with her mechanic husband to keep their daughter Carly happy. She crosses the bougie mother of one of Carly’s classmates, who retaliates by throwing a party for her daughter the same night as Carly’s birthday. I’m getting excited for some tongue-in-cheek class warfare now.

Salvaging the night, Riley and family head to a winter carnival for rides and ice cream. Unfortunately for Riley, she didn’t realize that her husband’s friend tried to rope him into robbing a drug dealer, whose enforcers arrive to execute him in a drive by shooting. Carly and dad are killed immediately, while Riley ends up in a coma. 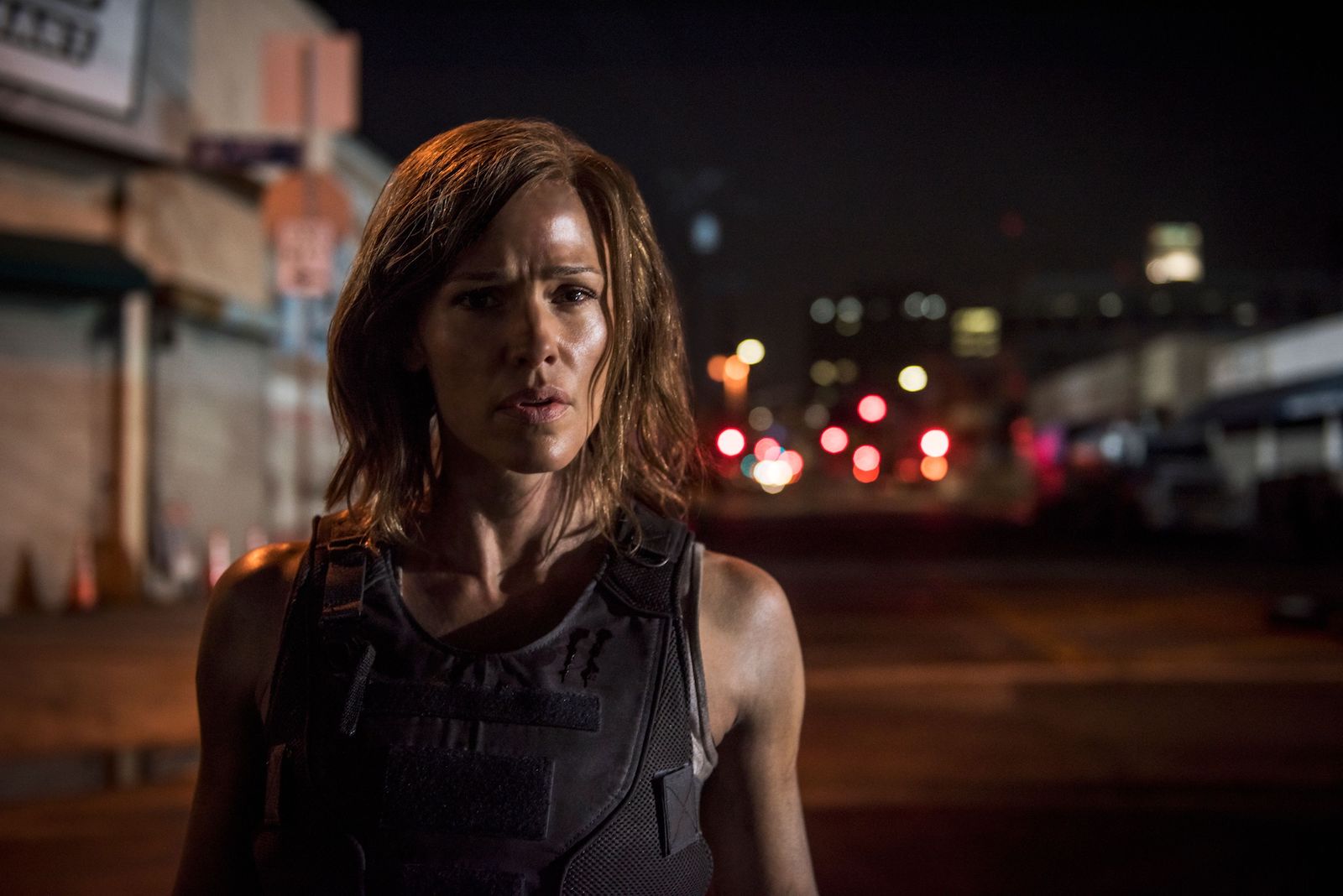 Riley’s life continues to spiral when after identifying the culprits, she’s pressured into silence by the gang’s lawyer and her testimony is ruled to be unacceptable by a corrupt judge. Now we’re putting the entire justice system on trial? Peppermint is shaping up to be quite a social mirror! At least, that’s what I thought until the flashback ended.

Almost as soon as we return to the present day, the film devolves into a bundle of action movie cliches. Five years is a long time, but in the interim, Riley appears to have absorbed an entire lifetime of black ops training, and puts it to use dispatching anyone and everyone who gets in her way.

It slowly becomes clear that Peppermint is focused more on the fantasy part of ‘revenge fantasy.’ There’s nothing inherently wrong with a movie more focused on the body count than the plot, but after putting all the potential for a smarter, better movie on the table early on, I feel cheated by what essentially is the modern equivalent of a 80s direct-to-video action movie.

No direct-to-video 80s movie would be complete without an army of stock bad guys to mow down. While Segal had Russians and Norris had Latin American guerrillas, Peppermint has a drug dealing, Cartel affiliated gang.

Maybe it’s that Peppermint is following much better drug cartel media like Sicario, Breaking Bad, and Narcos, or maybe it’s just baggage I’m bringing in from living in the United States in 2018. But the portrayal of this Latino gang as nothing more than one dimensional targets for Jennifer Garner feels at best a waste of potential, and at worst, lazy stereotyping. It doesn’t help that, on the scene of the fatal drive-by, one of the main police characters remarks to the other “That’s the difference between us and them.” 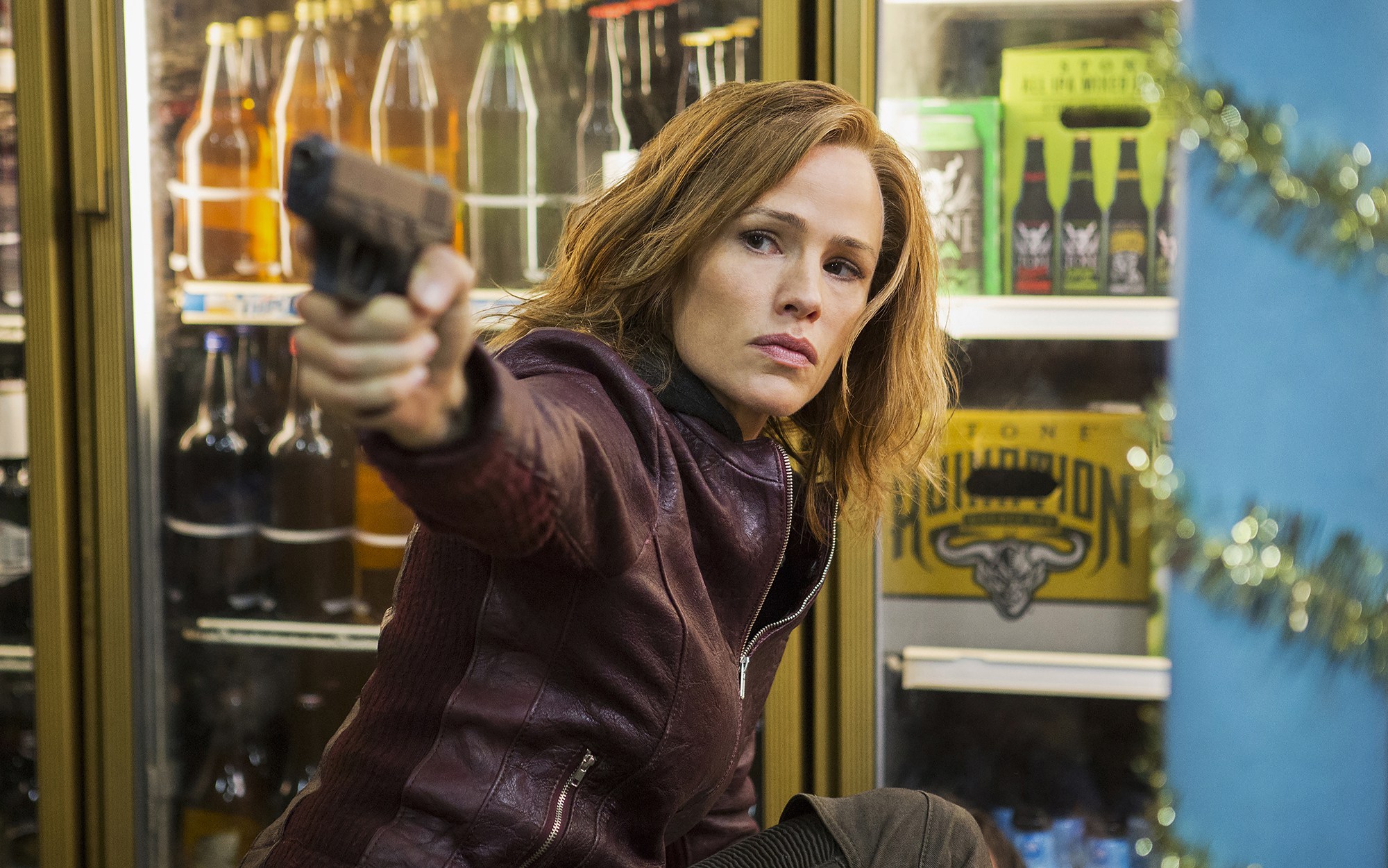 One oddly remarkable detail is the occasional breaks to show us news reporters discussing Riley’s revenge spree. But not like, actually discuss it. The breaking news stories are about how Riley is being perceived on social media! How she’s become a folk hero for dispatching vigilante justice! Fair is fair! It’s cheesy, it’s unearned, and it has no payoff.

This is the sort of movie that generally gets the “It’s a popcorn action movie, turn off your brain” pass. But there are so many movies that do this better (Kill Bill and John Wick immediately come to mind as better revenge films) that it really isn’t worth breaking out the kettle for. At the same time, it’s also technically competent and watchable to a degree that it doesn’t reach a thread of enjoyment on an ironic level either. It’s solidly mediocre.

At two points in the film, before she kills another member of the Cartel, Riley asks characters “Do you remember my name?” Honestly, five years later? I probably won’t either.